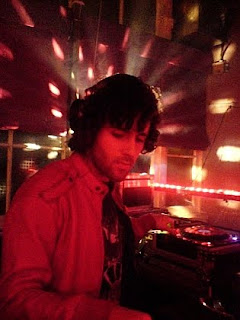 DANCING IN THE DARK

Miami Horror mastermind Benjamin Plant's sideline in production (Gameboy/Gamegirl) and continual on-point remixes (Faker, Midnight Juggernauts, Stardust) pushed the Melbourne based artists profile up to guaranteed go-to guy for hit potential. Yet in the fickle dance music world he has been careful to stay one step ahead of the fads, and characteristically took his sweet time building up his own cannon of songs before choosing that all important right moment to unleash Miami Horror – the band and a debut album, Illumination. A widespread club compilation fixture and overseas interest were already in place even before he dropped the monster singles; Don't Be On With Her and Sometimes.
Serious introductions over, and seeing as Robert Plant falls within the realm of surprising influences for the Miami Horror, it seems fitting to start with Ben's curious name-sake. "I do appreciate the 'Plant and Led Zeppelin its true." Ben begins, "Most of my tastes are prog rock, or prog anything really." "Actually I should tell you, the Plant side of my family have this gene that makes everybody turn out exactly the same." He laughs. "I was recently looking at these old photos of my grandfather and he looked exactly like my father does now, and so I kind of know what I'll look like already when I'm older." What, I press on, does the future hold for Ben in the looks department? "Well much like Robert Plant, the men in my family don't age well at all." He sighs. His Miami Horror project so far has produced naught but blistering techno anthems. So just what is Ben hearing in these big-haired dinosaurs that most of us aren't? "I like that those bands never had conventional song structure. They always had these big elaborate parts that would only occur one time and then you'd have a second, and a third completely different build-up. Those bands never repeated themselves in their songs." 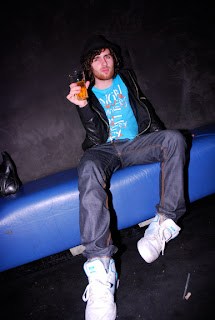 Talk of prog bands and unlikely links to techno turns to German rave act Scooter and his abhorrent cover of Supertramp's Logical Song. Ben reveals, "We actually covered that as well for Triple J's Like A Version, but I was against the idea at first because of Scooter's version. I felt it was kind spoiled for good, but in the end we just tried to keep it nice and simple… and nothing like Scooter." Don't expect to Miami Horror's Supertramp homage in their live set though – instead they've opted for the Manfred Mann classic Blinded By The Light to wrap up on. "I think my voice is better suited to that one and besides there's just something magical about it." Ben laughs.
After a discussing Miami Horror's blinding live set last year at the Five Burroughs Festival, Ben describes how his studio creations needed a full re-jig for a full band if the songs were going to work in concert. "The music was so programmed on my EP (Bravado) and it just seemed really retarded to try and play like that as live as a band so when it came to recording this album, we decided to write in a way that would suit a band more. It just wouldn't have made sense to do it any other way." The development of Miami Horror as a group began after Ben's part-time musical partnerships grew into crucial collaborations. He explains. "Josh (Moriarty - guitar) wrote Don't Be On With Her and Dan (Whitechurch - keys) wrote the lyrics for Sometimes, and so basically I went from doing DJ sets in bad clubs to writing with those guys and finally getting a full time drummer, in the process becoming an actual band. It's very much a collaborative effort all the way now." Many of the words on Illumination were written by the band because of Ben's detachment as the tireless studio boffin, he clams. "Literally for like 12 hours a day over the last year I've been in the studio, and when I'm not doing that we're touring, so I didn't exactly have a lot to say I guess. I wasn't so much as reading a book during the time." 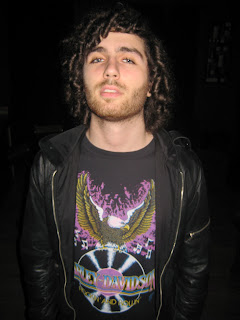 Miami Horror's name has been bandied around for the best part of three years. But early top rated remixes, including Faker's This Heart Attack and Tegan and Sarah's Walking With A Ghost, and an original debut EP, have only now given way to a long-time-coming album. Ben discusses. "Some stuff has been hanging around for about six years waiting for me to finish the album, but they've gone through many changes along the way. I think a lot has been made of how long this has taken to finish, but over half of it was written in the last 12 months or so."
Although his debut album was still a long way off, it hadn't marred Ben's strong support over the past year. Tours with Lily Allen and festival billings (in the 'big words' section) at Splendour, Groovin' The Moo and Good Vibrations landed at his feet. All that's left to do now for Miami Horror is keep riding the wave, surely? :"Well, I feel like I can relax a bit now it's (Illumination) finished, but we're heading off to the US on the 24th (August) so I'm sure that prove to be a bit of a distraction." He continues, "It's kind of a catch up at this stage, because although the album's still new I'm already into a bunch of different stuff." Ben adds, "I'm interested in touring the band internationally quite a bit because I think we have a lot of overseas influences. I purposely didn't want us to sound too Australian, but rather something else that I won't name…" He cackles mysteriously, "It was a case of if it doesn't work here, then maybe we would be big in Europe or at least be able to tour there if it completely stiffs in Australia."
lEIGh5 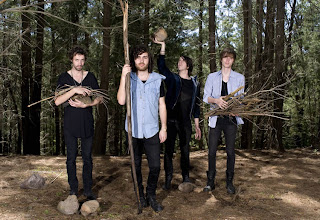