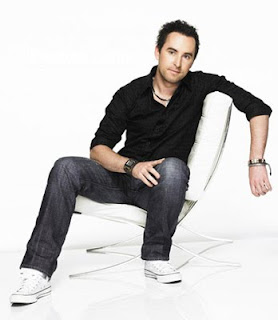 The imbalanced power game of starry-eyed upcoming singer versus staunch cynical industry old hats is something that used to only happen out of the public eye. Since the reality TV boom dragged into our lounge rooms, Australian Idol has only really proved to highlight how quaint the whole system is compared to greater options of self-publicity available for artists through mySpace, youtube etc…Yet on it goes, producing the next future ‘whatever happened to…?’ subjects whose blank checks all bounced around the second album mark.

Emerging as the winner from the 2006 crop of Australian Idol contestants, my interview subject today Damien Leith bit the hand that refused to feed him when he went public over a small print clause that kept him broke while his album earned over three million for the shows creators. Three years on from taking out a win over Jessica Mauboy, he’s excited to be releasing a new album, Remember June – a mostly self-penned effort completely free of Idol sausage factory meddling. “I’m probably more excited about it at the moment because I just got a finished copy of the CD the other day, so it’s like a real thing now you can hold.” Leith begins his rise-crash-rise again story in a charming Irish brogue.

The album’s producer was Stuart Crichton famous for his work with Kylie and The Pet Shop Boys so is it a disco album? “Well, no, he took me piano based acoustic songs and just made this big summery tracks around them, so he kind of just used what I had already and gave the songs a more anthemy feel with lot’s of big moments.” Damien feels that he’s taken a few risks with this album in that he took a year to make it and was writing a novel – his second - at the same time, which forced his songwriting into a different direction. “I was focused more on narrative and story telling in songs because really I was writing the book more than I was focused on writing songs. I just let the ideas for the book flow into the songs so the two projects were always going to be indirectly linked.” 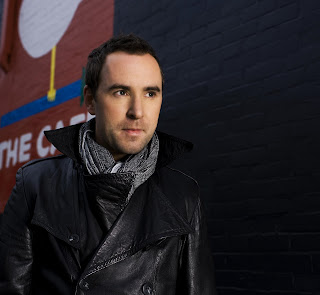 Damien’s post Idol career hasn’t always been as rosey as it is now, in fact his experiences shed a lot of unwanted light on the dark reality of reality TV. His first album The Winner’s Journey, despite being the highest selling album of 2006, failed to earn Leith a single cent and left him feeling more than a little shafted; “I gotta say I don’t feel good about the Winner’s Journey album at all. It meant that I had done that work only to make somebody else rich.” Contractually, it is in the fine print that artists don’t make royalties from the first Idol album, it is meant to be a cash-in for the show while the singer goes off and writes a new one and hopes for the best. “There was a knock on effect of that experience because it was such a big seller, it almost determined everything I did next so I was narrowed down to doing covers sets and touring just to pay the bills.”
The story goes that Damien even had to sell his car while his first album was number one in he charts, making him probably the poorest man ever to have shifted 70,000 units. “I have to say though I have no problem with the show (Idol).” He continues, “People say the judges on the show go too far and with me they once said, oh you dress like a clown, or whatever but being in that environment you do get instant feedback for better or worse and it does give you a sense of were you’re going or what could be.” Damien was 30 years old when he auditioned for Idol, but did his age and experience give him any real advantage? “I was more able to hide my anger or deal with taking a few knocks from the judges a little better, but I still think it’s kind of ridiculous the way they make comments about peoples personal appearances, it doesn’t seem to me to be all that important.” He continues, “They seem to have this idea that everyone has to be super pretty and that to me is really misjudging why people like music or buy music. You should be judged on your songs if by anything at all.”
Damien’s a father of two young boys, Jagger and Jarvis - named after two of his own Idols – so would Dad encourage a music career if one were to blossom, given his experience in the industry? “Honestly, no I wouldn’t. Not since I discovered how tough it really can be. You can try and prepare yourself for hardship, but then something will always come along and just wind you. You really need something to fall back on in this game because of how fast the business moves. One day you’re fine, and then you can be out the door just like that.”