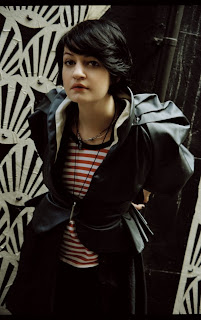 Bertie Blackman following the recent release of Secrets & Lies: Remixed – on which the former Sydney folky turned her break-through 2009 album over to a group of largely unknown dance producers – is on a short break from a writing exodus in the US to headline the second annual Ben Sherman Big British Sound Show. The event features upcoming and independent Australian acts paying tribute to a favourite artist from the UK during their regular sets. Today, a pre-rehearsal Bertie talks bats, Brits, club mixes, Spice Girls and living in several places at once.
"I just got back from Chicago the other day, I'm writing over there at the moment." She reveals, adding why she chose the windy city to work in. "I really love that cities music scene, it has this really cool underground electronic and punk scene, plus and I wanted a change, and it's a lot cheaper than going to London to write." The singer exclaims, "Also its Gotham City you know, it's where they filmed the Batman movies." Giant camp bats aside, Bertie says of her motivation for being so far away from home; "I'm just enjoying being out in the world right now. It's like a big reality check for me to be so far away from Australia, I find myself imagining what it would be like to build a life over here away from my comforts. Also because I'm writing my next record, it's necessary to defrag a bit and immerse myself in a totally new environment."

During the making of her last album Secrets & Lies, Bertie was adapting to her new home in Melbourne – she's from Sydney – a transitional time, which she admits to enjoying as a song writer; "I like to move around a lot I get itchy feet. I come from artistic stock and they are all nomadic in their hearts and I guess I am also… but in my feet." She laughs. It is widely known that Bertie's father is renowned impressionist Charles Blackman, famous for his Alice in Wonderland series of paintings. We discuss Bertie's connection to him as the restless world trekker; "I have actually been to a few places that he had lived in many years ago, but he spent more time in Europe and London where as I'm more keen on the US at the moment. I still like coming home to Australia though, I play a gig there probably every month, but the way things are now I can do any promotion I need to do remotely via the internet and follow that with a few shows while not actually needing to be there all the time." 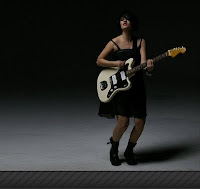 Blackman's not planning on kicking back any time soon either, like Bowie, Nick Cave, Lou Reed and so many others before her – she has her eye on a certain European city synonymous with those musicians greatest work; "I'd really like to go to Berlin next, but I haven't told anybody that yet because they already think I'm insane. I mean my family calls me up and the first thing they usually say is 'where are you this time?'" Bertie giggles. "When I moved to Melbourne I just packed the car and went without telling anyone so they're kind of used to me being spontaneous, and I don't really have things tying me down so, it's not a big deal to do that."
In 2009 Secrets & Lies, Bertie's third album, earned her previously unknown stardom and accolades. The folk/rock/dance collection was just the right combination for a more mainstream cross-over. The dance element, however was being embraced long before radio picked up the album, and Bertie found herself an unlikely hit in the clubs. Capitalising on this somewhat, a new remixed version of the album has been released. Bertie discusses; "When I was first making Secrets & Lies we already had a bunch of mixes done straight up, and they were doing well in the clubs – I even had a couple on Ministry Of Sound compilations. It was very far away from my world, I've never been a dance head type, I'm more of a rock'n'roll kind of girl but I do appreciate the dance world and it's always interesting to see how other artists interpret your work. I mean there were a few mis-fires that didn't make the cut, I had to approve the final versions that were to be used, but really in the end we were spoiled for choice, so Secrets & Lies Remixed is just all of the best mixes compiled in one place." 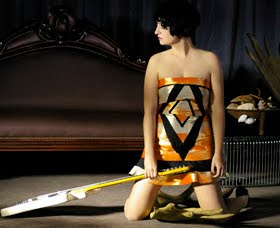 Recently Bertie has performed in London at a Club NME showcase, much to the delight of the many Australian expats living there; "Everyone that came up to me after the show had an Aussie accent, which was so bizarre!" Now she's bringing a little bit of London to Melbourne as part of the Ben Sherman British Sound line-up. The event simply brings together artists to perform a couple of their favourite British songs in a festival atmosphere. Blackman explains her involvement; "Basically I was just asked to be a part of it, and I said yes. The line-up is great and I have a chance at last to show off my best British accent." She laughs, and continues without giving too much away of her chosen covers, "I'm going to keep it a surprise until the night because I think it's more fun that way." I ask Bertie if her current cover of Siouxsie & The Banshees' Peek-a-Boo is any indication of what to expect, "Yes, I'll do that one, but I can't give away any more." Blackman's part in the show promises to be quite spectacular, she divulges; "We're going to have a bit of a Spice Girls thing in our set. I've asked some girl friends to join me on stage and we're going to have Scary, Sporty and the others – I can't remember all the names now – I'm probably going to be either like a more controversial Victoria Beckham - because she's not really controversial enough as she is", Laughter all round, "Or maybe Moody Spice but I'm not sure yet, people will have to wait and see." 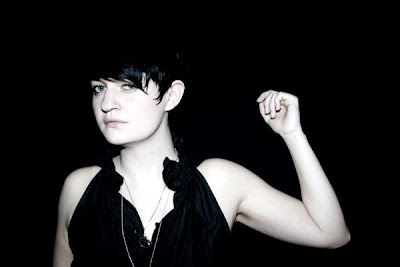