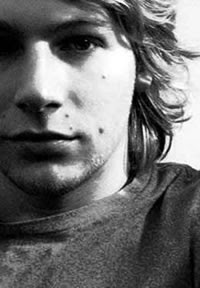 Aside from astounding break-beat sets and lightning fast turntable skills, English DJ James Zabiela has all the big wigs asking what’s hot and what’s not in scratch technology. When he’s not crash-testing pre-sale Pioneer Electronics professional DJ gear he’s releasing killer mix CDs. His latest set Life, is already being touted as THE one to beat this year. Yet James’ humble manner defies his standing as a true craftsman at the decks. On the eve of his latest Australian tour, Southampton born Zabiela begins our talk by reflecting on a gradual rise in his local popularity.
“I’ve been to Melbourne probably six times now, but my profile was quite a bit smaller in the early days so it’s been interesting watching more and more people coming along each time I visit.” The tour is in support of James’ new double mix CD Life which will be given away free to all who attend his club appearances. The album was mixed completely live in one session and covers a wide selection of genres but, he explains, isn’t a true indicator of what his shows are like; “No because a lot of the stuff on there is mainly music I listen to at home or on my ipod while I’m traveling. Some of the more clubby stuff has made it into my set, but basically the intention of the CD is to give something to people to take home to say thanks for coming to my party really. The other intention of giving it out was to get my music heard by as many people as possible. I don’t treat my DJ set the same as I do making a mix CD, because I’m listening to music all the time and only a certain percentage of what I play in clubs represents what I’m into. The mix CD has music on it I would listen to early in the morning, as well as more dancey stuff so I tried to keep it very broad as opposed to just a typical DJ set.” The UK has produced a staggering amount of globally recognised dance artists and DJs. The impression of a great community of like-minded artists working together is given. Zabiela on the subject states; “In South Hampton, where I’m from, as well as Portsmouth and Brighton and a lot of places along the south coast, you find there’s a lot of people who’ll get into the studio together and exchange remixes and work on stuff together, but it’s mainly in pockets here and there.” Far from being a superstar DJ, James prefers the nuts and bolts side of his craft over the posturing. He continues; “I’ve lived here in South Hampton all my life and my family are all here as well, and really it’s not the most exciting place in the world, but it keeps me grounded. I mean a lot of people move up to London to get known but I think it just changes you. It’s a scary place for me, I’d rather just come home and sit and play X-Box.” He laughs.
Although he now uses several different media formats when DJing, Zabiela once claimed he would never move away from vinyl. He’s far less strict now, but feels he perhaps has an advantage over upcoming DJs who passed over vinyl for more contemporary methods; “I’ve been at gigs where the DJ has been just using a laptop with a beat match program, and there’s nothing wrong with that but, if the laptop suddenly died and the only alternative was a pair of Technics turntables then they’re not going to know how to use them.” James points out, “Beat matching is one thing, but actually learning the structure of music really helps you when DJing. You don’t really have that kind of learning ability when you’re just programming. You don’t have to know different keys, tempos and rhythms and stuff like you would with vinyl and decks. I’m lucky to come from a more old school type of DJing where I had to learn those things and I think there’s a definite advantage to it.” Being from the ‘old school’ of DJing, how does Zabiela feel about the rise of the mash-up in dance music; “Yeah I like the cut and paste type stuff, I mean with a lot of club and dance music, and this goes back to why my mix CD isn’t all dance stuff, is that a lot of it is quite disposable I think and the mash-up has sort of highlighted that element in a way. Not all of it is disposable of course, there are always classic dance records that last but the mash-up can kind of prolong a records shelf-life, or even rescue a bad track.” 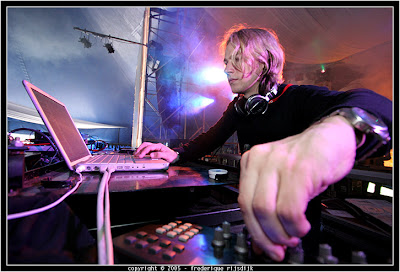 With such a methodical and intricate understanding of music and equipment, I wonder how does James keep the experience fresh for himself; “Well by changing the way I play records really, I mean I’ll be playing couple of tracks next to each other because they’re in the same key, but then I’ll find another record that compliments that mix and find a way to bring it in and out and add a new layer. Also I use the technology that’s there as well to edit, deconstruct and enhance the music in various ways.” Part of James’ career as a renowned turntable wiz is helping to advance the technology by testing pre-release equipment’s capabilities. As the boy mechanic of the dance music world, I wonder what’s it like being locked in the toy cupboard overnight; “More like eight months in the toy cupboard” He laughs, “For example, I had two CDJ-2000’s (electronic media turntables) in my flat from April last year and they only came out early this year. They were prototypes with very basic brains in them but I was able to test them and suggest improvements and additions.” He continues, “Last September I took the finished decks on tour with me along with the European designer and we would at the end of each gig discuss any problems that came up or any fine tuning that needed doing and write back to the engineers about it. So yeah it’s cool that a company as big as Pioneer actually listens to me.” He laughs.
In conclusion, James shares with me the main reason why DJing is such a satisfying career for him; “I think everyone’s got a secret desire to share their favourite music with as many people as possible. I mean who didn’t grow up making mix tapes for their friends or wanting other people to hear certain music the way they hear it. That thing is now my job, I mean the most integral part of DJing is sharing music with other people but also putting my own spin on it, so I guess I have the best job in the world really.” 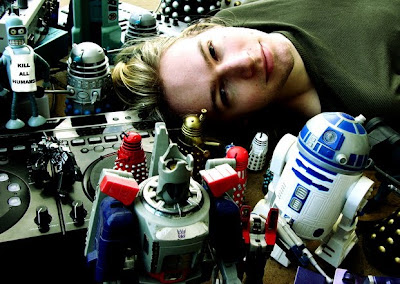