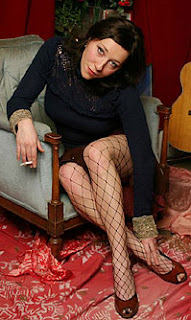 DAUGHTER OF GLORY
Talking to a member of the Wainwright family about music, one can't help but feel like a student in the presence of a particularly well-informed teacher. This brood of freakishly talented Canadians were seemingly born to keep a musical bloodline going as though it were royal title being upheld at all costs. Yet the family's eldest daughter, Martha Wainwright embodies a performer somewhat less burdened by titles and more intent on getting by on her own steam. Part traveling troubadour and part bluesy mama, Martha and her close-knit band, which includes husband Brad Alberta, are en route to Australia this February, along with a brand new bearer of the famous Wainwright genes. "This tour has changed dramatically since we were last in Australia because we bring baby along now." Martha beams, "It's all very un-rock'n'roll, my show!"
Wainwright's near-annual visits to Australia over the last five years are largely down to a childhood fascination with the place. She happily recalls the thrill of her mother's return from touring here - as part of the famed McGarrigle Sisters – and the tacky souvenirs only one so young could covet. "I remember when I was little, my mother would bring home these cute koala bears you'd clip on the end of your pencil and these painted boomerangs, which was so exciting for me." Martha laughs, "I never knew where Australia was, but I think I did draw the conclusion that there was an Asian connection because she would always go to Hong Kong at the same time as Australia. Later on when I was a teenager I traveled around a bit and would meet Australians in Europe or the US, just backpacking and they always seemed to me like they were from this magical faraway land that I'd only known about from my bizarre collection of gifts."

Martha has arguably become the most loved branch of the impressive Wainwright family tree in Australia. Even her mother never knew the level of admiration her daughter has achieved here, and so, after Kate McGarrigle's death at the start of the 2010, a particular memory for Martha is held dear. "You know the last time my mum was in Australia it was for the Leonard Cohen tribute show at the Sydney Opera House with Rufus and myself and we were together, just the whole time." She adds, "It's kind of cool to think we got to share the same experience in this far-off place my mum had visited when I was just a kid." Many fans would be quick to identify the subject of Wainwright's notorious blues rant from her 2005 self-titled album, Bloody Mother Fuckin' Asshole as being her father, Loudon, but notably absent from both Martha's and Rufus's work is an undeniable ode to Kate. Many fleeting references do appear, however and Martha stoically offers a fine tribute in words befitting any song. 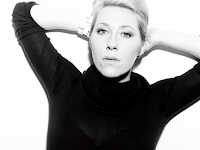 "As an artist she was a very talented and growing up around somebody who already had the basics well and truly down was a great start for me to becoming a singer." She reflects, "But more so, as a female watching her growing up in Westmount, which was a nice neighbourhood, was very inspiring because mum was probably the only single mother, and certainly the only working artist. Through her I understood early on that identity is not about traditional gender roles and also that somebody can be a free spirit and still keep their shit together." Although Martha's first experience of being on stage was through drama class, she wasn't to resist the path each of her parents, and older brother Rufus, took for long. Martha sang and played in Rufus's band while gradually building her own songbook from the wings. It seemed as if a music career was beyond anyone's escape if they were born under the Wainwright name. Risking a burn, I propose that the right of the child is to rebel and oppose the will of the adult, but Martha claims, she was by no means bored by her parent's and their grown-up world of folk-music. 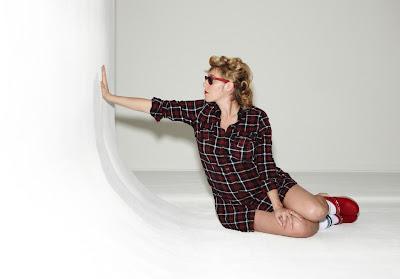 "Kate was not overly ambitious career wise, so music still has this joyful, pleasant feeling attached to it for us  as kids as opposed to just seeing it as a job our mother did." She explains, "If she had been a lot more withdrawn from us and motivated to further her career instead, I think we might have ended up resenting music in a way." With only a few exceptions, Martha Wainwright's songs, are mostly thoughtful, witty affairs but 2009 album, Sans Fusils, Ni Souliers, a Paris (a tribute to Edith Piaf) demonstrated a darker side to Martha, and offered fans a peak into her obsession with a quite tragic figure in music history. Following Kate's passing, Martha's cabaret-style tribute shows for Edith Piaf, have an added gravitas and, the singer explains, an unexpected comfort. 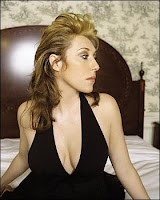 "I think that singing some of these Piaf songs over the last year is very helpful in dealing with pain and suffering. A lot of them are quite tragic in a way, and so that expression feels right to me and gives me some context for my own loss. As an artist it's hard to know how to put into words exactly how I feel right now about Kate's passing because in many ways I'm speechless about it. I'm still in shock and so I can't write about how I feel because I want it to be right and honest. In a way I feel quite paralysed." Martha's re-interpreting of Piaf's work was never just a between-albums-muck-around-project. It has come from a life-long fascination with the star of Parisian cabaret. She elaborates. "Both my brother and I always have been interested in older music from the '20s, '30s and '40s...You know standards, and so I was listening to Piaf as a kid. I was comfortable singing in her style because to me, growing up with that, I understood her and her music already so well. Plus we spoke French fluently at home, and so there was never a language barrier either." Martha's Piaf fixation, not unlike Rufus's keen interest in Judy Garland, was naturally enough exaggerated by the fact that these artists were born out of extreme conditions and died by the very same. Wainwright explains further. 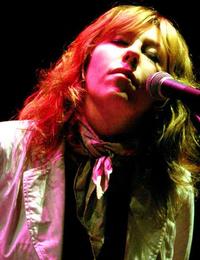 "When I found out she used to sing on the street that intrigued me even more as a young person. I always thought she'd come from café society, you know, but in fact it was more about bar society." The playground of the bohemians in Paris was of course the dive bars and brothels, where many talented but poverty stricken artists gathered to sing/paint/write/fuck for their suppers. Martha adds. "My image of Piaf was the ultimate, exciting Parisian performer, but her life was so tragic and sad." She adds. "Having said that, in my shows when I'm doing the Piaf songs, I'm not trying to conjure her up – I'm not acting her out on stage - I'm really just trying to passably sing some her amazing songs." As her brother's Songs For Lulu concert recitals - which commanded audiences to remain completely silent throughout - are reaching their conclusion, I ask Martha what her impressions of Rufus's own tribute to Shakespeare, death, despair - and their mother – were.
"Well, I toured with him for a month in the US and so I got to see him perform that show every night." She says proudly, "I found that because I didn't applaud, my own reaction was stronger and more palpable." Martha pauses, "it was more internalised and therefore the feeling I think was far greater. When you go to a concert usually there's a release and some letting go of feelings, and that's great as well, but I think it's nice to just observe sometimes and not intervene or participate. Obviously it was different experience for me because it's my brother, but I actually loved not applauding at the end of each song without feeling like it was somehow an insult to him!" 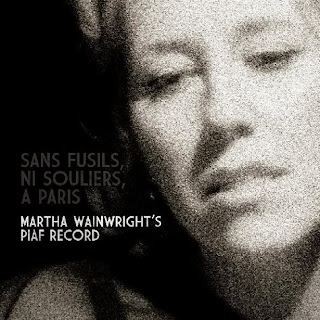