SATELLITE OF LOVE
The festively named Rocket Summer is one-man band Bryce Avary's pop-punk vehicle, which has over the last 11 years, earned the young Texan an obsessive, although mostly US, fanbase. The obvious contradiction in Avary's music – a somewhat grown-up, joyful take on the emo/screamo movement – created a small, but steadily growing shift away from the more self-absorbed facets typical of the genre. His songs, much like the man himself, lean towards tentative optimism and taking responsibility for oneself, all with a gleam of building resistance to life's nasty bits.

Avary is a prodigiously talented musician and genuinely nice guy. But as we talk ahead of his debut Australian tour, he displays a kind of sheltered but verging-on-breaking-out persona. His life as a musician began at the age of 14 yet at 27, his wonder at the world outside of his hometown of Colleyville, Texas seems still largely intact. His recordings – four albums so far – have all been written and produced within Texas and he has undertaken very few overseas tours. The long haul to Australia must seem daunting, I propose, as Bryce sleepily gathers his thoughts on tackling all new terrain. 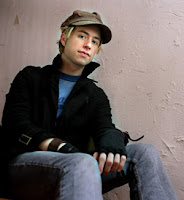 "It was something that probably should have happened long ago, but the stars just didn't line-up until now." He begins, "I'm super excited about it though, and I know a lot of people have been waiting a long time for me to get down there, so I'm really motivated to play the best possible show for them." He adds, "Australia's going to be getting a pretty well oiled machine because I've had so many years touring in the US, and so I'm confident we can win you guys over. But as far as playing to a new audience goes, I have the feeling I don't need to worry too much about people not knowing my music, because I get a lot of requests on (various social networks) to come down and play." Our conversation is punctuated by the sound of cars on an open road; Bryce tells me he and his touring band are gigging around their home state in warm up mode for Soundwave.
"I'm currently driving around Texas in this crappy rented RV, and it's got all of these photos of kinda cheesy all-American families plastered all on it." He laughs, "It's like a travelling billboard for this company called Cruise America!" Bryce's main companion on tour apart from his guitarist, bassist and drummer, is his wife Tara who runs the merchandise stall at the concerts. Although she's not musically involved with his band, Bryce credits Tara as his muse - and quality control expert. "My wife is my musical metre of what's bad and what's good." He confirms, "She always tells when something's crap or not if I'm ever getting too caught up in myself." 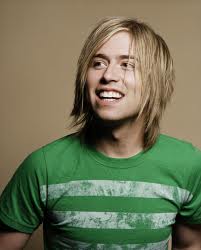 Avary as a child took up several instruments including guitar, drums and keyboard and was fluent in each one before he turned 14. He developed early on a love of hard rock – "Iron Maiden, man anyone who plays guitar has gotta love Maiden!" - An influence that's hinted at in even his poppier tracks – but naturally, it was a local favourite Bryce fell hardest for. "Yeah, Pantera are from Dallas, so they were really huge here and were one of the first bands I got totally into." He adds, "Probably my favourite band now though would have to be The Polyphonic Spree, who we actually once had to play directly after at a festival." He exclaims, "I remember thinking, how do you follow a 35 piece vocal band with our little touring quartet? It was a very, very hard act to follow!"


As Bryce prepares for his Australian rock festival debut, thoughts of having to follow a Polyphonic Spree show are soon replaced by ones of sharing a bill with Iron Maiden. Avary continues, "I doubt very much that we'll be on anytime close to Maiden, let alone after them, so it should be okay." He laughs, "We tend to get a much younger audience at our shows, which is great, but that does kind of affect when and where we can play also." Bryce's music, at casual glance, sits somewhere in between power-pop and punk. The Rocket Summer's addition to Soundwave is a testament to the festival's offering of rock acts from all styles, but the less forgiving US metal festivals circuit lead to a toughening up of Bryce's shows, he explains. "When you're competing with much bigger bands who already have a really strong fan base, you can't be too precious about your set list. I want every person that comes to see our show to walk away going, 'that was brilliant'." He smiles, "I don't want them to go away thinking 'it was okay, but I missed MXPX for that', you know!"
lEIGh5 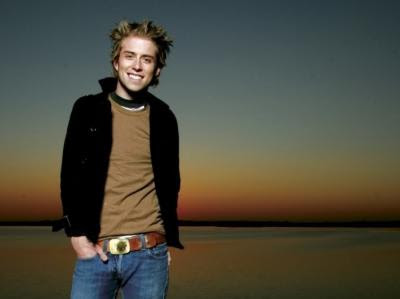