VITAL CONNECTION
London's Wire in some form or another have existed now for 37 years. But the band mostly associated with punk and experimental albums Pink Flag, 154 and Chairs Missing, have seemingly stood at the cusp of dissolve for most of their musical life. They rarely communicate, and spend more time on solo or side projects than 'doing' Wire, and yet have seen many of their peers rise and fall around them. Talking with the two core members of this seminal band - Graham Lewis and Colin Newman – it's difficult to draw any parallels at all with the pair, (who insisted on being interviewed separately), except that neither one sees any good reason to quit.

Both artists discuss their 37 year career – in and outside of Wire – as though strolling through a continually collapsing then self-repairing city, and the fact they are back with a new album and tour basically means the dust has momentarily settled in Wire world. In interview, Colin (guitars and vocals) takes the roll of the articulater, while Graham (bass and vocals) flips between surrealism (when he gets bored) and bluntness (when he doesn't like the question). Both however, are disarmingly personable and, in Graham's case, much more interested in what book I'm reading now than promoting Wire's twelfth album, Red Barked Tree. 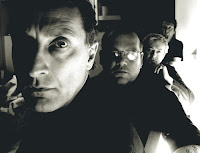 It's Colin Newman then who helpfully gives an overview of working on Wire's latest release. "After many years of making records in a kind of patch it up as we go kind of method, this time I thought it'd be nice to try actually sitting down with an acoustic guitar and writing songs." Newman sniffs, "I took them to Graham and he wrote the words for some and I wrote words for others, and it was like what I imagine being in a normal band was like." He laughs, "So then the others learned the songs then we recorded everything in either first or second take, which is something we hadn't really done since the late '70s." Graham Lewis, from his adopted home in Sweden, confirms Wire's renowned recording method. "You can walk through a door over and over again, and each time you'll do it slightly different to last… but it's never going to be as natural as your first entrance." In their long history, it can easily be said that Wire have never fully attempted to gain popularity through their music Their occasional brushes with success were more often down to "misleadingly commercial" singles lifted from albums filled with bizarre noise experiments. Their concerts are usually remembered for the total re-interpretations of songs from across their catalogue, often ignoring fan favourites. Yet music-obsessive's, and particularly musicians from all walks, regard Wire as inspirational.

"I never have an idea of how people are going to react to our music when we're making it and that to me is the most exciting thing." Newman retorts on the topic of Wire's live shows, "We work with the basic shape of a song and after we all kind of grasp that, we feel as though it should be able to be added to or altered however the four of us want. The band as I see it is kind of in two halves right, and that's why you get punk songs with jazz arrangements or virtually one-take demos with loads of post production on them." Newman adds excitedly, One of the new songs, Now Was could have been taken a million different ways for example, but the magic thing is, and it's something I've always tried to maintain with Wire or with any music I do, is the best result comes when you forget you're a musician with so many years experience and just play like you're still learning." Colin as well as Graham have used Wire as a meeting place for much of the band's existence, while exploring a plethora of side-projects. While on a break from Wire in the early '80s, Graham produced and helped launch a then unknown young London artist, Matt Johnson's early recordings effectively giving rise to cult icons, The The. Meanwhile Colin arranged music for Virgin Prunes, Hawkwind and Dead Man Ray as well as recording solo albums. Graham's commitment to only one aspect of music, he says, was never a thought he entertained. Instead the point of Wire, or writing/producing any music, for him was always to remain creatively stimulated.

"Different activities always produce different results, you see." He offers, "I find walking or taking a bath to be more stimulating to me as a writer than sitting in a studio or being on tour." Graham explains, "I like to swim as well, which is a very sculptural expression – not much to do with writing I know, but I've found a lot of my music comes from not being around anything involved with music. I read feverishly and that is my most direct doorway into writing music, but again it doesn't really relate to music except for the way in which printed text is generally quite lyrical." While Graham seeks inspiration through avoidance, Colin by contrast can't help but sound structuralist in his description of making music. "How I think we get the best out of this band, is that we have a high level of discipline." He states "To me writing songs should be about completely separating 'life' from music. You have to create something that can't just be spoken or otherwise, what's the point?" Flipping between Graham and Colin's interviews, it's clear why they wanted individual appointments. They speak well of the each other, but like a punk Lennon and McCartney, theirs is a marriage of convenience rounded out by a need for opposition.

"The four of us in Wire belong to no tradition apart from our own." Colin confides, "Wire is honest in what it is… but what it is, is anyone's guess." He laughs. Graham Lewis on the other hand, considers an unusual childhood introduction to music most of us don't share as being an indicator of what exactly did give rise to Wire. "I remember being 11 years old and living in Suffolk, and it wasn't until years later I understood what impression it made on me, but at that time you would hear these broadcasts from offshore pirate radio stations played through very large speakers along the coastline, and depending on where you stood, you would hear very different records playing at the same time over the top of each other. So you might get Helter Skelter playing over a symphony orchestra, just blasting out of the sky." He grins at the memory, "I guess you could draw the conclusion that that bizarre mashing of records was where the idea for a band like Wire was born."
lEIGh5 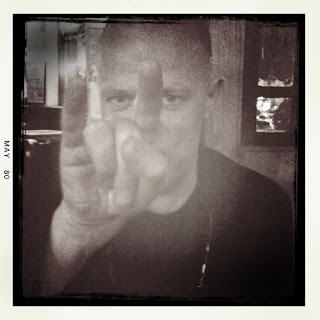 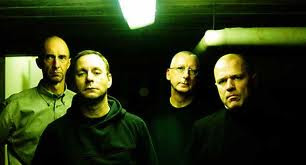