NIBBLING AT THE LOOPS

Speaking to me today, only fifteen minutes before he is due on stage at the All Tomorrow's Parties festival in the UK, Canadian-born Daniel Snaith's live set is to follow Holy Fuck's mind-twisting synth-storm, but his tone suggests he could just as easily be preparing for a quiet night in. Yet the anti-star producer/musician - who goes by the mysterious pseudonym, Caribou and moonlights as a mathematician - does indeed have a lot to crow about following the release of one of last year's most captivating album's, Swim.

Caribou (formerly known as Manitoba – it’s a legal thing), is a rapidly evolving monster, gathering plenty of new tricks with each passing release. Over five studio albums, Snaith has opted to bridge the gap between cold electro-blip wankery and luscious folk-pop with enchanting results. He’s blending organic instruments more and more with beats and loops and as Caribou's relentless touring continues and, as Melbourne is soon to discover, these days he leans heavier on a full live band.

"I"ve come along way from just playing my laptop on stage." He begins, "Last time I was in Melbourne it was January 2008, and my show has changed considerably since those simpler times." He continues, "There's four of us now - two drum kits, guitar and keyboard - and although we play heavily electronic-based music, having a live band doesn't restrict us to just jamming to a backing track or whatever. We can be flexible and spontaneous and that actually has increased a lot of possibilities for playing the songs live and so now, my favourite versions of the songs are the ones we play live right now." As a professor of mathematics, Snaith always has something to fall back on if the songs stop coming, but his drive to create music all but crushed a possible future standing in class-rooms.
"Yeah, I mean I loved doing my PHD in mathematics, but I can't say that I feel I'm missing out on anything at all because I chose music as a career." Daniel remarks, "Besides I see my obsession with music as a kind of healthy thing to pursue." He laughs, "With the exception of when I’m on tour, I want to be creating music all of the time because it's always a joy and a pleasure to do. It takes over everything really, and thankfully my wife's very tolerant of me being away for so much of the year." The growth in Caribou's music since his fairly basic early approach has of course meant increasingly elaborate concerts – although, he claims, artists like him have had to wait for the technology to catch up. 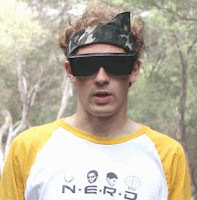 "The whole point of live music, as I see it, is to allow improvisation and freedom to experiment, but in electronic music, that has been seen as problematic I think by a lot of artists, and until a few years ago that really was the case, but technology now has made performing this music live far less limiting." He adds, "My music's always kind of fluctuated between electronic productions and more live band sounding, so I’ve always acknowledged the value of both probably equally. Over the last couple of years a lot of music I’ve been listening to has involved more exotic instrumentation and so on the last album (Swim) I experimented with some weird combinations, like fore example on Bowls. That has only a harp, bass drum and Tibetan bowls, and I doubt if I was working within the confines of a rock band, I would have even considered using those instruments, it would have been ludicrous." Snaith's bending of the rules of electronic music stems from a love of unearthing the latest rare grooves and re-discovering the music of his childhood.  Some have remarked on a '60s pop influence but one that's usually mixed with razor sharp beats, recalling The Avalanches at times. Snaith says of his current obsession.

"My sensation at the moment is scrambling to keep up with so much great music coming out from all over the place. For example there's this compilation of electro music from South Africa that came out on the Honest John label this year, and again I was like this is the most amazing record I’ve heard!" Dan laughs, "But what a great problem to have - too much good music to discover and listen to." He adds, "The key thing for me is being inspired by the spirit of this new music I'm discovering right now. In the past I think my records to a fault have been too much influenced by the music I grew up listening to – the psychedelic '60s or whatever. But this time I was much more aware of making my own sonic signature or stamp on the record."
lEIGh5 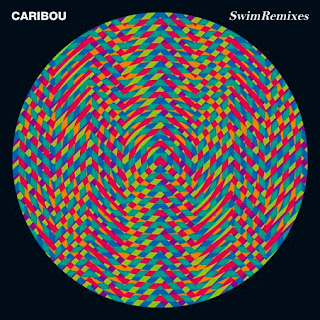