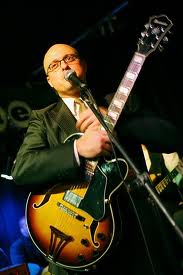 RESPECT YOUR ELDER
When Nashville-based song writer/guitarist Bill Elder formed The Dynamites in 2005, it spelled the end of a long retirement for the ex-touring band leader, who'd comfortably moved into the producer's chair to remain connected to his love of music. The birth of his group, who are now celebrated world wide for their classic funk/soul reviews, also re-launched the career of one of the '60s hottest soul shouters, Charlie Walker. Walker's credits included opening for James Brown's and Wilson Pickett's concerts, as well as fronting his own band The Sidewinders, who found fame in New York's club circuit back in the day. Walker's near-forgotten status during at The Dynamites' inception was considered somewhat criminal by Elder while all around the then producer, pretenders and plagiarists where being celebrated.

Nashville's contemporary music, Bill suggests on the eve of his band's second Australian visit, is largely riding on the state's name as a way of getting itself heard. The passionate New Orleans native does his best to not mince words about what he sees as 'The Tennessee Plague'. "We're totally outside of the whole Nashville scene. I absolutely hate modern country music so much, and that is what 99 percent of artists from Nashville are playin'." He laughs, "I avoid it at all costs… I mean, The Dynamites came together there, but we didn't play the Nashville game at all." Bill adds, "I will say this though, that place attracts some of the most incredible musicians I've ever had the pleasure of working with. If I wasn't in Nashville I doubt I could have assembled a band of the caliber that these guys in The Dynamites are."

In amongst Tennessee's long tradition of Grand Ole Opry and big hat-wearing stars of blue grass, a steady stream of soul and R&B acts wove its way through, and only in recent years has this secondary history seen a revival. While Atlanta, New Orleans, Chicago and New York, to a much greater degree cultivated their mostly black music heritages, the white country scene in Nashville reigned. However, Bill Elder, while assisting on an exhibit celebrating Nashville's contribution to soul, discovered a still thriving scene and was soon amongst musicians perfectly suited to his old-school writing style and improvisational approach to guitar playing.
"The Dynamites, at last count, are a collective of up to 20 people who I can call on at any time to play with." He beams, "So the line-up tends to shift from time to time which lends itself to making our shows evolve quite fast. Plus as a rhythm section that plays together more and more and as we do more and more shows, we've found that it becomes necessary to alter how we perform the songs because we get bored of 'em," he laughs, "Playing with so many gifted musicians, every day you always get fresh ideas coming through on new ways to perform the songs." The Dynamites new Australian release is Kaboom - an album originally recorded in 2007. The group toured a follow-up, Burn It Down, during last year, yet Bill seems quite content to re-launch his debut album onto a new audience. 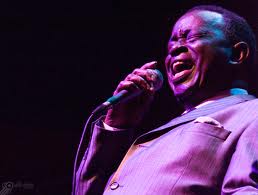 "It's my view that a band should be able to pull from all their repertoire on stage, but then it is an interesting concept to back right up and go out in front of a new audience, or an audience who are only familiar with a small amount of our work and be kind of introducing yourself." He continues, "As we're putting these (new) sets together, we have made the connection that there's a lot of continuity in what we do. I mean they (Kaboom and Burn It Down) could almost have been a double album." Elder adds confidently, "But we go out there and make timeless music, man, so the way I see it, it doesn't matter what album we're playing from, it's all kinda coming from another time and place." If The Dynamites do belong to a particular time, they'd be most at home in the days of civil rights protests during the first wave of changing attitudes in the US. Bill, in his songs, makes a convincing connection between that era and today's equally complex human rights issues. 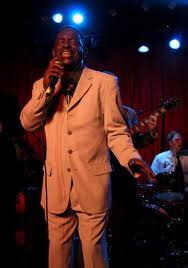 "A lot of everyday people were starting to become very active politically in the 1960's and I see that as an important flame to keep alive today." Elder assures, "That alone isn't something that necessarily dominates our songs, but it is a factor I'm interested in." He adds, "A writer should write with all of his mind, you know and one of the things I've tried to do from the inception of this project is keep one foot in the golden era of soul and stretch the other all the way to the artistry of modern times and keep the common threads intact, including what that music meant for people and how it can still say something important." Whatever the world has been up to for the last 40 years, it has left little impression on The Dynamites musically. That is to say, you'll find no inorganic intrusions on their albums, only a love of playing and a reminder of a time when music seemed intricately connected to great leaps in social evolution. Bill, along with his gifted band are sadly more like the exception than the rule in this age: it's a fact that hasn't passed him by either.
"Obviously the music business is a very strange place filled with peaks and valleys, and for a soul band like us to be allowed to do what we do, just because we love it, is kind of a blessing." He says, "Over the last year we've gotten to do many amazing things – a couple of the highlights being our Australian and European tours – sometimes I can hardly believe I'm able to make a living from doing this, you know. I really am blessed."