SERVED CHILLED
For the sixth Between The Bays festival, Custard and Polaroids front-man Dave McCormack has grabbed the headline slot for the popular event. The dapper Queenslander - who for some reason reminds me of the illicit offspring of a Dave Graney/Olivia Newton-John affair – wants to know ahead of our talk, "Do you think a lot of the folks from Frankston go down to Between The Bays?" He doesn't pause for an answer, "God I haven't been to Frankston in so many years. But The Fauves come from down there you know, so it must be a fertile landscape for music."
McCormack's particular way of phrasing his words often leaves the witness wondering if he's serious or not. At any moment you expect him to rail against some point of frustration, "I still watch Channel V and Music Max. They're… um, great." but instead any gripes are only hinted at – and always served up with humour. "I think I'm a pretty easy interviewee these days." But Dave's calm exterior hides a true fascination with disarray. His old band Custard's shows often fell into a kind of chaos, befitting a much heavier band, while Polaroids concerts are centered around Dave as the slightly-creepy Master of Ceremonies. But before we discuss his calamitous Custard days, Dave deadpans on what he's been up to recently. 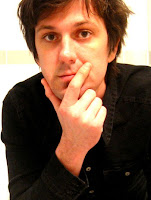 "Let's go back to a year or so ago…" He beckons, "I put out an album called Little Murders, and then did a tour in early 2010 with The Polaroids and then I did the music for an ABC program called Rake." Dave recalls, "I did some kooky sort of soundtrack music for that – all done live which was lovely – and finally Custard got back together to play Meredith in September." To the thrill of Custard's devoted fans, the band Dave retired from duty 10 years ago in favour of The Polaroids, have made a casual return to performing - and casual is the operative word – I discover as Dave reminisces about Custard's whirlwind preparation for Meredith in 2010.
"The thing about the Custard show was we had one 45 minute rehearsal before Meredith a couple of weeks ahead of the gig. Then we went down to Melbourne and played, and just went home. Easy." He grins, "In the early days I was a big one for rehearsals, but in the last couple of years I've become much more interested in people (in the band) vaguely knowing the songs and just sort of winging it. That always feels much more exciting for me." Seeing as Dave's in a playful mood today, I remind him of a rough, seemingly unrehearsed Custard concert I saw in Hobart during 1998. 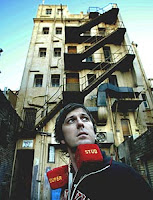 "It wasn't the show where me and Matt (Strong – guitarist) had a punch-up on stage was it?" Sadly it wasn't, I tell him. "That was an exciting show - so shambolic. We only played two songs and then Matt and I got into a fight and everybody stormed off. I wish more of our shows had've been like that." Staged punch-ups don't appeal to McCormack though, "No because then it just becomes the Brian Jonestown Massacre or one of those bands." He laughs. It's a good thing that McCormack isn't precious about his often unstudied messy live appearances since one fan in particular has launched a warts-and-all Custard YouTube channel. One of its features is an endless amount of live TV footage, particularly from Recovery, acting as a reminder of just how prolific Custard became after their winning Music Is Crap declaration.
"It felt like we were on Recovery every couple of weeks back in the '90s." Dave exhales, "I think it was just because we were always around. I worked out recently that Custard – at the height of it all - were on tour for 200 days of the year on average. We were very much a touring band, and when we weren't touring we were in the studio, so it's no wonder we were around a lot back then. Nowadays I just like to pick and choose my gigs." Regular SBS viewers/Dave spotters would recall McCormack's brilliant gig guest-hosting RockWiz a year-or-so back while Julia Zumero was on break. But, I wonder, how does one prepare for the roll of quiz-master? 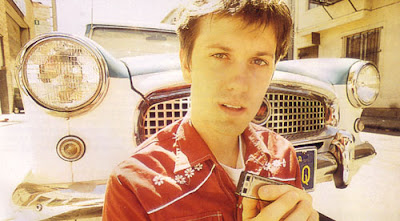 "I wasn't terribly concerned about preparing…. Once I discovered it's actually highly scripted." He laughs, "They had the autocue and probably half was pre-worded, but you know, it was still live TV and plenty happens on the fly." Dave claims he (possibly) has the TV presenter bug in his system. "I'd like to do a current affairs type of show or host a talk show maybe. A little half-hour interview spot late night on SBS would be cool." He adds, "As I mature I could see myself heading that way." Since 2011 will mark two years since The Polaroids last release, I wonder will McCormack be hitting the studio this year and how does the man plan to follow up the five-star rated record - according to Rolling Stone  magazine - that was, Little Murders.
"I'm not feeling the pressure, but yeah, I got a get a new album out this year and pick up my game. Get my run rate up." He adds, "But that five-star rating - I think they only gave that to me as a long-service reward. It's like one of those academy awards they give people when they're really old… They think oh well he might not be around much longer, we better give him something." He muses, "But now they're gonna have to invent a new six star rating system for when my new album comes out." Like a lot of '90s Aussie groups who gave it a shot, Custard failed to win overseas popularity at the time. There was however no uncertainty about the love for these Brisbanites in Australia, even to this day. Without hesitation, Dave says on the subject of a permanent revival, "Look, anything is possible. After the last gig we had no future plans but now we're doing the flood relief concert up in Brisbane on the 6th (Feb.). We did a gig in 2009, Meredith in 2010 and now we've got another gig in 2011, so if it feels right we may as well just do it I say." 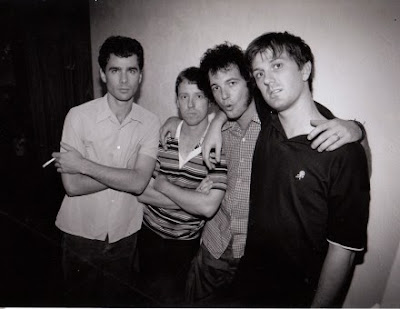