THE FUNK SOUL BROTHER
Mayer Hawthorne's a realist when it comes to his place in the great musical scheme. He wears his influences on his well-tailored sleeve - see pretty much any of the '60s Motown greats - and thus makes traditional soul music. Pure and simple…? Well no, Mayer Hawthorne is merely the invention of Detroit native Andrew Cohen, who in reality is a hip-hop DJ, multi-instrumentalist and former-headbanger. The work he's produced under the Mayer Hawthorne banner is a funk-lightly album of dissin'-that-ex-girlfriend tunes, called A Strange Arrangement. Cohen's alter-ego, even though he's coy to admit it, is next the progression of the Gnarls Barkley/Mark fucking Ronson-popularised retro soul movement.

Now based in LA, Cohen's life took a dramatic turn once the DJ decided to cut a soul record in vein of his much loved Detroit-based forefathers. He was soon signed to Stones Throw records on the strength of debut single, Just Ain't Gonna Work Out, and the reluctant - "I only really wanted to be a DJ" – singer's fate was sealed. As his second Australian visit approaches, I begin our talk by asking Cohen what it meant for him to grow up in the city of soul. "You kinda take it for granted that it's not like everywhere else, you know." He shrugs, "When I was growing up and getting introduced to music, I didn't realise Detroit was actually the best place in the world for music." He laughs, "But I consider myself unbelievably fortunate to have had that right on my doorstep." While a singing career is the newest aspect to his life, 31 year-old Cohen has actually been performing for crowds since his early teens as a DJ. He talks me through his favourite phases in music and being "underrated" as a disc jockey. 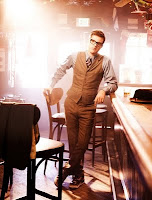 "I listen to a lot of hip-hop stuff now, but going back a few years I was a bit of a metal head. I was into Nirvana, Iron Maiden, Smashing Pumpkins and Helmet, which might surprise a few people who only know my Mayer Hawthorne stuff." He giggles. Cohen still plays the decks to this day, but he claims, he's underappreciated in that field. "Nobody who comes to see a Mayer Hawthorne show even knows I've been a DJ my whole life and that that's what my first love is." He rails, "I'm primarily known as a singer now but it still feels weird to me to be thought of in that way. I always wanted to be known as a DJ." Cohen as a singer has been likened to some of the great female soul vocalists due to his extremely high falsetto. Andrew's singing style, he hints, could possibly be traced back to childhood visits to the barber's shop.
"When I was a kid and my parents would take me to get my haircut, I would always have a tempter tantrum and start screaming at the top of my lungs because I hated it so much." He grins, "So they would buy me a record to keep me occupied and to take my mind off this trauma." He adds laughing, "It really was my parents that got me into singing and collecting records, and also that's how I got my DJ name – DJ Haircut!" Cohen built up his collection over the course of many haircuts and gained a deep respect for music and his parents' tastes, "I owe them a lot in terms of educating me about music." Although a typical DJ Haircut set is less about reflecting less of his own tastes, he claims.

"When I DJ I freestyle it, I never put a set together, I just go wherever the mood is taking me." He adds, "But I always throw some Motown in there. I gotta have that in my set every time." Cohen's alter-ego Mayer Hawthorne (named after two streets in the neighbourhood in which he grew up) looks set to break him internationally as a soul vocalist. When asked if his beloved hip-hop and DJing will continue along-side Mayer Hawthorne, Cohen sounds unsure. "Yes… Maybe…. I mean I still listen to hip-hop and pay attention to that scene, but the way I make music as Mayer Hawthorne is quite a bit different to the stuff I grew up with or DJ with. I gotta look after my own style now, but you know it's really not that separate." He adds, "I started making soul records because I wanted stuff to sample when I play my hip-hop records. It was just simpler doin' it that way rather than digging through all those old records to find just a couple of good samples I could use." 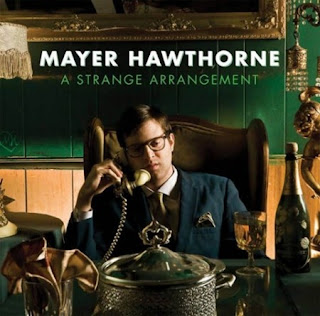