Fatty Gets A Stylist: interview with Kate Miller-Heidke and Keir Nuttall (2011) 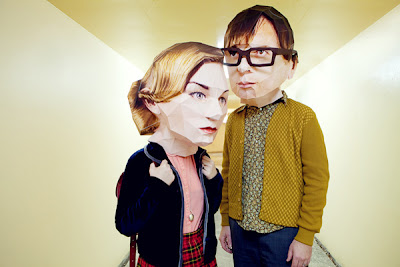 
Fatty Gets A Stylist masterminds, Kate Miller-Heidke and Keir Nuttall are taking tea on a rare sunny June day at a South Melbourne café, discussing the finer points of what constitutes taking a risk in music these days. For one, both agree calling a band Fatty Gets A Stylist earns a big tick, but the most intriguing development in the risk department is, the brand new release – a co-write with hubby/long-time collaborator Keir – is Kate giving a big middle finger to her the sound that made her a star. The self-titled album - which claims XTC, Goldfrapp and Kraftwerk as reference points – started life on-tour as a between shows muck-around project for the couple, before blossoming into a throbbing multi-layered extravaganza. Fatty takes the listener through trash-spiritualism, cartoon theme-song terrain and post-punk with out a hint of Heidke’s sober pop artistry to be found. It seems as if Kate is flexing some newly developed muscle, all while snuffing out her ‘fluffy balladeer’ label in the process.

Being a Heidke album though, albeit one with zero relevance to her former work, that voice is, on one occasion, heard carrying a record-breaking sustained note that’s sure to leave even the listener out of breath. “I’m so glad someone picked up on that; it was done in one take you know.” She says of the track The Plane Went Down, “I can’t wait to do that live, but then I might possibly faint at the end if I have to do that night after night.” Kate’s classically trained voice – the one that has served her so well up til now – is the first of many surprise elements on Fatty Gets A Stylist. For a start, Heidke has been discovering the joys of using a much lower octave range than ever before. “I think we shocked ourselves a lot of the time making this album.” She remarks. “But you know, it started out as a passion project, just us two, and the thought of anyone else hearing it didn’t really cross our minds.” Kate adds, “I was singing a lot in the shower and getting comfortable with a lower range to what I’m used to, which is why I don’t really sound like ‘me’ on the record,” she laughs, “and I said to Keir ‘what do you think of my funny voice?’ and that kind of got us thinking about having this album be a completely anonymous thing without our names attached to it at all.”

The projects name chosen to keep an air anonymity could be read as nod towards the overabundance of surface-obsessed reality TV dirge currently on offer, but Keir explains, it’s less about the ‘make-over myth’ but rather an imagined tabloid headline. “The idea was to use a name that tells a story; ala Frankie Goes To Hollywood, who got their name from a newspaper headline, but I think ours is more in line with current obsessions with weight and appearance.” While Frankie suggested we all should relax, Fatty Gets A Stylist go one further with references to Zen Buddhism and pre-religious spirituality. Kate picks up the thread, “Even though some of the songs are very silly, I guess there’s also some obvious spiritual references like on The Tiger Inside Will Eat The Child, which has to with the Buddhist belief that you only really grow through letting go completely of your past systems.” In Wiccan lore, it’s taught that people possess power animals which they have to get to grips with - the intention being, it makes you awesome. After discovering this, Keir shares some concerns over what his animal might be. 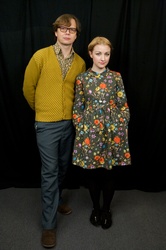 “I dream about dogs a lot, but not cool ones like wolves or dingos, its always garden variety spaniels.” Kate, cracking up, adds, “Maybe you’ll graduate to a poodle.” While Keir contemplates his K9 dilemma, Kate maintains that the dream animal concept in songs has become an indie band staple; therefore best avoided. “I’ve got a natural resistance to this dream strength-animal thing, but I do relate to the inner child as a way of helping me creatively. You have to sort of get to that place I your head which is unaffected by just day-to-day crap and allow yourself to be playful and fearless.” Keir adds, “The tiger is more the self-conscious side of your mind – like the battle between the left and right brain that happens when you write or create music.” Although much of Fatty Gets A Stylist was written on a lap-top while Kate and Keir were on tour, it’s liner notes boast a long, impressive guest list of session players. The album was still in its demo form when, while supporting Ben Folds, Kate played him the album who then persuaded her to record it with a full band and release it. With the Folds tick of approval, all was left was to find the right artists for the job. Keir explains.

“Ben Folds called it ‘lower chakra music’, which basically meant it was more rhythmic, or more animal so we wanted players who came from that side of the spectrum.”  He adds, “We ended up going with Pete McNeal (ex-Cake drummer) who plays in a band called Z-Trip, who has this strong, crazy improv style. Then you have Justin Meldal-Johnsen, who played bass with Beck, Air and Nine Inch Nails, bringing this really huge range of experience.” He adds, “I think those guys are what Ben was talking about when he said lower chakra music.” Kate then simplifies, “It’s about listening with your hips and not our head!” When Heidke’s solo albums, Curiouser and Little Eve, established the her as a spirited and clearly gifted singer/songwriter, she was probably seen as a safe bet in the industry - especially once the awards began rolling in. To drop the psychedelic bubblegum pop of Fatty Gets A Stylist on the heels of such plaudits, would surely have had a few men in grey towers pulling out their hair. Kate responds.

“Our management were really supportive of us putting it out, but there is a slight scary element to how fans will react to me doing something so different, for sure. I expect some people will think I’m putting on this strange voice, and already I’ve heard people say they don’t like the name and that they think its offensive, but as I said before, we went into this with no fear and I accept that not everyone is going to get into it, or see why I’m doing this now, but as I get older, I feel I’m gradually taking more and more control creatively of what I want to do.” Keir adds, “The reaction has been really interesting so far. I mean before anyone knew we were doing this, I played some of the songs to our band (Transport), and they didn’t spot it was Kate – I just told them it was this new band I’d met in London.” He laughs, “Usually whenever you play something new to friends, it’s a pretty loaded atmosphere and you know they don’t want to hurt your feelings, so this was the best way to get a completely honest reaction from them.” Kate recalls, “They didn’t think it was me, so I said ‘what do you think of her voice?’ and one of them said, ‘oh she’s nowhere near as good a singer as you, so after that, I didn’t want to let anyone know it was me!” 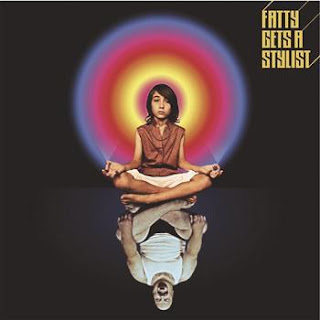