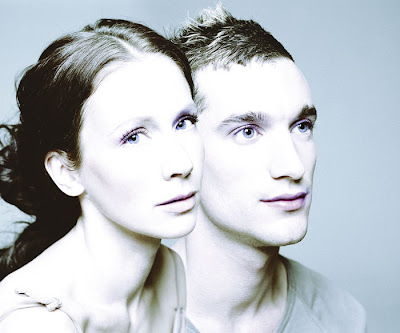 FRIENDLY WITH FIVE
Manchester duo, Lamb were written off by just about everyone – including themselves – come the middle of the last decade. Following a short-lived peek into world-wide success at the end of the ‘90s, vocalist Lou Rhodes and musician Andy Barlow, began to fall out of love with the music once it became a pressure game of commerce and repetition. However, a core of devoted fans had the foresight to not give up on the pair and this year, their devotion has finally paid off – although at a price. Lamb, embracing a little numerology, not to mention some grass roots marketing, announced their long awaited fifth album, 5, funded entirely by fan pre-orders. It may seem a long way from the runaway success of 1997 single Gorecki, but as Lou Rhodes points out, with fans like theirs, who needs labels?

“The scary bit was selling something that we hadn’t even made, so you’re asking for quite a leap of faith from people, you know.” Rhodes begins. “But then, I think it’s a great basis for a creative endeavor. That desire to make something that we felt truly proud of was stronger than ever." Lou explains, “We were making an album for the first time ever with absolutely no funding from some nervous corporation looking for big hits, as was our experience in the past, which definitely had an effect on the music.” After what began as a four-date tour in early 2010, which then grew into months of advance bookings, Lamb were approached to do a short Australian tour in February his year. It was at these shows that for the first time in seven years, their set included brand new music.

“When we were asked to do those shows in Australia, we panicked a bit because we hadn’t even finished the record, but actually it turned out to be a good opportunity to see how well the new tracks worked along side our older stuff. We ended up premiering only four new songs, but that really was the acid test we needed to say what was working and what needed to change.” She continues, “The songs do metamorphose whenever you play them live, so it was important to let the new ones begin their journey of tweak and change.” Rhodes laughs gently. “The process of playing new songs live is like a game of Chinese whispers. You have a blueprint, and you think you know what the outcome will be, but little surprises always emerge in the actual telling.” She adds, “I’d really like to do that a lot more, because the problem with being in the studio, is you usually finish an album and then go on tour and that’s when this kind of growth happens within the songs, but by then it’s too late.” Already 5’s mini road test has Rhodes rethinking the band’s future performances. 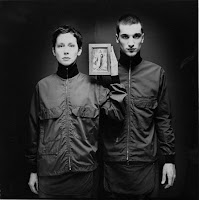 “In the past we had always kept in mind what we were going to play live and how, and it was never more than half the record, but with 5, we found that we couldn’t decide what not to play. At this stage we’re doing eight out of the ten songs and we’d like to work in the other two at some point because it works so well in its complete form.” Rhodes adds that she has always struggled with the concept albums judged only by the singles – no doubt a concern that has sprung from personal experience. Lamb’s mammoth hit, Gorecki from their self-titled debut, although rewarding the band with obscene levels of exposure, also bought with it ‘unreasonable expectations’. While recording their second album, Fear Of Fours, the inevitable pressure of matching that song’s success was applied to the duo by their label, causing Rhodes to remark following their split in 2004, Lamb had long felt restricted by what was expected of them. “It was always tough for me to see Lamb as a singles band, because I don’t really listen to very much commercial music or even claim to know how to make ‘hit singles’ on command.” Lou retorts. “In the old days we had to endure conversations that went like, ‘can you sound a bit more like Bis, because they’re selling a lot of records at the moment’, which was quite soul destroying for us.” Lamb released three more albums over the next seven years before acrimoniously splitting. It wasn’t until Lou Rhodes was recording her third solo album One Good Thing in 2009 that she and Andy’s reunion occurred. “I was looking for somebody to produce my album and Andy just said, why not him!” At their rather organic reunion, creative sparks soon began to fly and Lamb’s future was decided on – only with a few clear changes to be made. 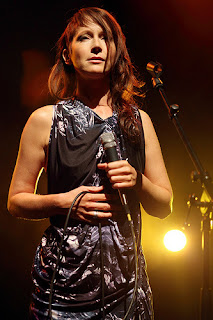 “When we decided we were going to make another record, Andy and I had a very honest conversation about what Lamb should and should not be about.” Rhodes explains, “I felt that I had compromised quite a lot on some of our albums and we kind of lost something along the way, but this time we agreed to keep it raw and just gently add to the songs as they needed, like we did on our first record. Also it was really important for us to not overproduce this album. I mean all up it only took five months to make which was very, very quick for Lamb.” Rhodes’ words are suggestive of somebody running from their past mistakes, but Lamb were always spared the often harsh criticisms of the UK press usually reserved for non three-chord rock bands. One doesn’t have to dig very far to then to see Lamb are in fact their own strongest critics, and although many band’s have long lulls following initial peaks, few return with their shit so fully together as they have. Lou reflects on what the refreshed Lamb we hear on 5 was bringing to the come-back party, and some of what was quite cheerfully thrown out.

“I’m a great believer in your first idea is probably your best before the ego kicks in and says oh but why not add this and add that, but simplicity was definitely the key in this case.” She points out, “Also I think for me as a vocalist, too many times on previous albums, my voice had been extremely processed, or rather I was affecting it in certain ways, feeling that I needed to be something that I wasn’t. But having that time off and doing my acoustic albums gave me a chance to let my voice grow and I allowed myself to get comfortable again as a singer.” Rhodes naturally understates her sensational talent as a singer, but evidenced particularly by the tracks She Walks and Wise Enough, is an artist shaking off self-doubt and indulging her love of singing. Lamb’s new-found confidence doesn’t end there, either. Album closer, Existential Itch is a brilliantly executed reminder that in today’s self-absorbed world, we can easily forget that the human experience is a shared one. Lou divulges,

“That song kind of sums up a lot of the record and going through this period of questioning everything I had once believed in. Not just with music, but life in general which I think most of us go through at some point.” She adds, “With the title, I thought existential crisis seemed too strong a word because what I was going through seemed quite natural in a way. I think the word crisis carries the wrong implication, or at least I didn’t see it as a crisis personally, I recognised that it was a much needed time of learning.” 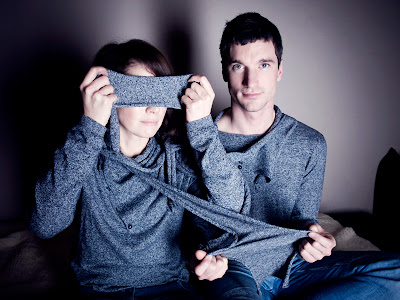 Ah, the gorgeous Lou and Andy... You know, I never made the Little Britain connection until I transcribed the interview... !!