Johnny Flynn is the dashing prince of the nu-folk/anti-folk scene in the UK right now, if you haven't heard. Flynn's a kind of triple threat artist who at just 27 has released an album of songs, Been Listening, which seem to come from a voice of great many more years experience. Life as a poet, actor, musician and artist has helped shape him into a grounded yet exquisite performer who excels in each of his fields. But it's his musician's hat though he'll be wearing on this tour – a previous stop off in Perth for a traveling Shakespeare production (Taming Of The Shrew) was his only other Australian visit. Although his life sounds like scheduling hell, Flynn begins our talk by discussing a recent foray into some kind of routine – surely the enemy of any artist?
"Any period of working or producing something, it takes time for me to really get flowing I suppose, so it's nice to know everything's set up for me to just go in and get to work." He describes an away-from-home recording studio he's recently acquired. "If I'm working at home, its just endless distractions, you know. I end up in the yard looking at my flowers." He laughs gently to himself, "It's festival season now so I kind of go to work on the weekends and record during the week, which is a nice system for me." 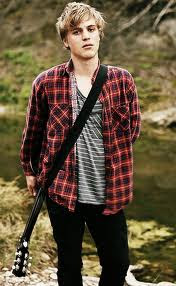 Flynn's poetic works are as many as his songs. The heart of his music, despite his ability as a musician, is fine prose and storytelling. "I used to start by writing everything in verse, so the music always came second, but at this stage I usually know whether what I'm writing will turn into a song or a poem." He adds, "I've learned to write verse with enough space around the words to form its own rhythm." Coming from a poetry background and declaring William Shakespeare as an influence is certain to influence how fans view Flynn's lyrics. In a kind of poetic response, Johnny offers, "I think if I'm doing this right, then I should be able to avoid explaining what my songs are about." He adds further, "I'm into songwriters who are poetic in their lyrics and use less literal expressions. I get quite bored with writers who simply translate what they did or what somebody else did into a song, I mean you only have three minutes to tell the story so you might as well make it something worthwhile. It's much more challenging to take the assumption people can read into what you're saying metaphorically, go above expected turns of phrase and then add lots of colour as well."

Outside of literature, Johnny only really claims one songwriter as an influence on him as a young writer. "I really liked Bob Dylan when I was growing up, but I'm not really one of those music fans who thrived in isolation, listening to a great many artists who affected me or my music." He says adding, "I do like this American scene at the moment known as anti-folk. There's some real raw talent coming from there I think." On his journey to making his second long-player Been Listening, Johnny has gathered a solid group of artists to collaborate with. The Sussex Wit go where Flynn goes and have become essential to taking his music on the road. "My sister Lillie's in the band, and the rest are people I played with in other bands and some I grew up with as friends." He beams. Flynn can claim fluency in guitar, mandolin, violin, organ, accordion and trumpet, no less. Good thing then he's bringing his band with him on tour to help out with those, but as earner of two music scholarships from the age of 13, band or not he's studio-ready anytime. 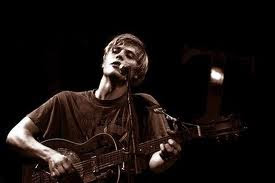 "I started out playing on a four-track because I used to have this thing about having to  playing all the instruments myself and so I'd always record all the parts separately into a tape recorder and feed those into the four-track, but you'd always end up with this terrible hiss like some old 78rpm record." He laughs. Flynn's sharing the band duties around now, but on the idea of potentially writing songs for other artists to sing, he's not budging. "No I'm not really interested in doing that because I only really write when I feel I've got something to say and then it's usually quite personal to me." He explains, "My music feels kind of synonymous with my expression of it. At least that's how I feel about it now, but who knows if that might change. Writing for other people I think would feel a little contrived or untruthful, and besides I'm not exactly a Max Martin type hit maker or anything like that." He giggles. 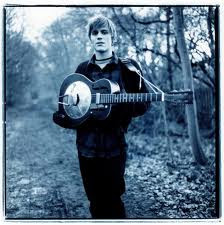 Last year, singer Lisa Mitchell, who was probably just shopping for an extra if we're being frank, introduced Australia to Johnny through her video for Coin Laundry. He appeared as the bookish object of her lust in said establishment – a humble cameo, yet oddly memorable. Flynn reveals, "My friend who's a film maker directed that, and I'd never met Lisa before, but it's funny because my girlfriend actually worked on one of Lisa's previous videos as an art director." He exclaims, "So we didn't have any musical connection but we had a loose connection through video, I suppose. I do a bit of acting and so when they needed an extra for that clip my director friend offered me the job. I got on really well with Lisa and by chance I ended up touring with her in Europe along with Mumford and Sons earlier this year."

In closing, I want to ask Johnny if he's a distant relative of flamboyant Aussie actor Errol Flynn. His family come from theatre stock, and are from far flung corners of the globe. Pressed on the subject, he laughs, "I am not willing to deny that, but I have no evidence to suggest it's true." He adds, "I'd like to think there's a connection in there somewhere, but it's one of those things I only want to know if it is actually true. Otherwise I'm just willing to let remain a mystery."
lEIGh5 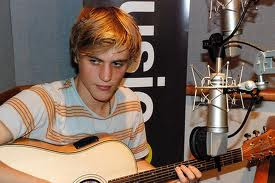