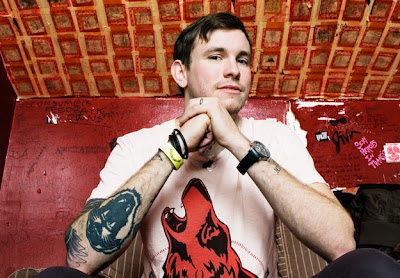 In the 13 years since forming Against Me, singer Tom Gabel has grown his 'baby' from a solo acoustic act to a full blown band of aggressors, moving increasingly in step with the current wave of US punk bands. However Against Me's distinction is in their outspoken criticism of that very scene and Tom - the reluctant spokesman's - apparent fragility. His band's tour to promote current album White Crosses - their fifth - will include Australia but tonight an eloquent Gabel, fresh off stage in Canada is hunkered down in the band's tour bus, fighting back what sounds like flu.

"I love touring in Canada but we always end up playing there in the dead of winter" He sniffs, "It's inevitable we end up getting sick so at least when we get to Australia we can look forward to some sun." Tom explains in before a bout of coughing. "Oh that's just a little after blast from the show, we played about an hour ago you see." He says. Against Me's 2010 release, White Crosses, follows the band's biggest album of their career thus far, New Wave (2007). Both projects have been over seen by star producer Butch Vig, but at what stage in the current album's process did Tom decide the Against Me/Vig combo could turn out another ripper? "We knew pretty soon after we started making the album that we were going to work with Butch again." Tom assures, "The last time, working with him was a fucking magical experience and thankfully, he liked our stuff a lot and actually called us to ask if we wanna do the next record together." 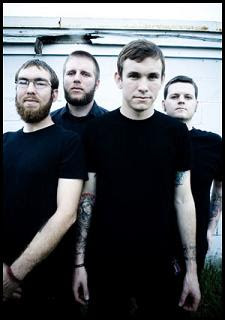 Tom defines their working relationship as more 'band and older brother' than knob pushing dude behind glass. "Butch is a great guy to hang out with and just drink, you know. He's been in a few bands so he knows how to play hard as well as work hard." Tom smiles knowingly, "Also it's hard to have perspective when you just finish an album, you need a little time to digest how you feel about the songs and even the whole experience of making it." Butch added to his producer role that of objective critic, Tom explains. "It's hard taking criticism from anyone in the band, I mean we all would argue a lot about stuff, but Butch was an outsider and so we kind of automatically accepted his opinion because it never felt like a personal thing." He laughs.

The album's title and title track, White Crosses is a loaded term, conjuring up images of white supremacy in the American south or vast fields of fallen soldier's graves. However Tom's anger, he explains, was not aimed not at the KKK or lives lost in war. "I wrote the majority of the record in St Augustine, in Florida where I recently moved to and just around the corner from my house there's this church and the front lawn is covered in these little white crosses, and behind them there's a piece of text saying each of the crosses is there to represent how many abortions occur in America every day. So the song is in essence a pro-choice song, and seeing those crosses everyday, I fantasised about kicking them down, or driving my car through them. I think there's something to be said for acts like that - it'd be very gratifying, but instead I play music and write about this stuff. That's why I say in the lyric, "I want smash them all down".

Fighting words are never far from Gabel's mouth when it comes his perception of injustices. He's also been very outspoken of his punk peers' use of the genre to raise their own profiles, and generally miss the point. The current album's lead single, I Was A Teenage Anarchist takes careful aim at punk scene posers and prompts the question; has punk completely lost its way? "I think as long as there's passion and enthusiasm for punk music, and people are still doing it for nothing but the right reasons, then it still has meaning." Tom offers. "I think it's about what's personal to the individual - For me, my life has been changed by punk, and so if somebody comes up to me and says, you're not punk or our band's not punk... Punk is this, this and that, it makes me mad because they don't even see that they're putting rules and conditions on something which isn't defined by fashion or haircuts." He continues, "I'm not doing anything original, I mean the bands that I really admired were the ones who were most critical of the snobbery around punk, bands like Crass were saying things like 'anarchy has just become another token cancer, another cross to bare.' That sort of stuff would always effect me the most."

Gabel's online blog keeps fans up to date with the band's every move as the tour rolls on, however his very personal approach has unearthed some pretty gruesome effects traveling has had on the singer. "We do pretty aggressive, exhausting concerts and I've come pretty close to losing it after shows." Tom reveals, "I write a lot on tour to keep focused, but there's a whole shit storm that goes on around touring and playing in different cities ever other day." He adds "It feels like you're in a submarine going along in trapped in this tiny space, then you surface for a show and then it's back down in the depths and (you're) moving on again. The diet really suffers too, you know." Tom grins, "I think I'm up to day six now without having even seen a vegetable!" 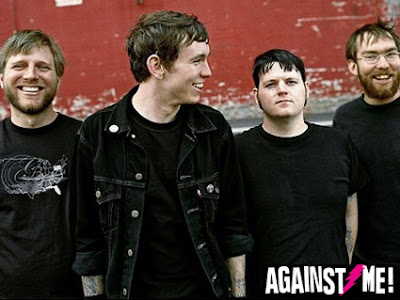