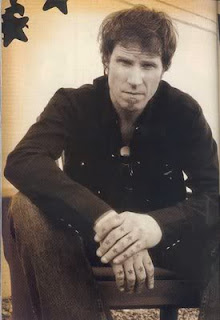 For Washington based singer Mark Lanegan, music has been a great addiction and one rarely satisfied by the occasional hit. He began performing in grunge nearly-rans, The Screaming Trees in the late '80s, but was restless with their slow progression and so before the band even fully broke through, Lanegan instigated a solo career to satisfy his need to write and play. The Screaming Trees, carried along on the grunge wave, seemed poised to hit big, yet it soon became clear their singer was intent on paving a way out of grunge for himself and continued to surface, mainly in collaboration, with artists also seeking a way out of their respective scenes. With that in mind, it's Mark's collaboration with the English duo Soulsavers - on two of their three albums - that begins our talk ahead of his Australian solo tour. The roof-raising soul/gospel angle of these works saw Lanegan move as far away from his grunge roots as possible.

"The gospel influence on those albums was those guys' vision, but did I co-write a lot of the music on Soulsavers." Mark explains. "It was just one of those things, they asked me to sing on it and I liked the music so, that's what we did. I have simple criteria – If someone asks me to do something and I like what they do, I'll get involved." The challenge of writing and recording music he had no founding in was appealing for the restless artist that Mark is, he continues; "Any sort of music is a challenge, because you're creating something where there was previously nothing and so I find that more challenging than the type of music I'm doing." He adds, "The thing that draws me to these different projects is that it's actually a treat to do something outside my realm and that keeps it interesting for me." The Soulsavers marry down-tempo electronica with the uplifting gusto of traditional gospel, if you're among the uninitiated. Yet Lanegan found their niche appealing not from a religious perspective but because of its rarely matched power to move the listener. "I find certain gospel songs incredibly moving, and just because I don't go to church that doesn't mean that I can't be moved by the music of that environment." He states, "But you know it doesn't matter if its gospel, or rock or blues as long as the artist means it and you can feel that, then that's what's gonna draw me in every time." 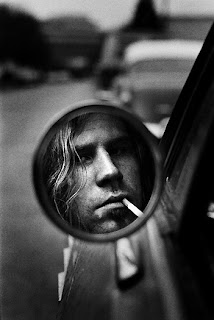 Mark's current tour is a look back at his solo work, but also promises to include a few tracks from his many collaborators. A third album with Isobel Campbell (ex-Belle & Sebastian) is due later this year, Lanegan has recently completed a tour with his ongoing collaborator Greg Dulli (as The Gutter Twins) plus another solo record is underway. The work keeps piling up, and as Mark puts it, it's all down to him being unable to refuse an offer. "There's time for everything I suppose, but really, I just can't say no." he laughs, "I'm never not working on something or other. One of the main reasons I guess I don't say no to working with so many different people, because each time it's a surprise." He adds, "I know what it's like to sit down and write a song by myself, and that's my comfort zone I suppose, but I might not know what it's like to write with you for instance, so that'd be the more interesting option every time." Interesting is the word, I've never written a song in my life but it seems rude to not offer Mark the opportunity to get a co-write happening anyway, "I'm very busy for the next few years but….!"

Moving on, we discuss Mark's involvement with Queens Of The Stone Age. Between 2000 and 2005 he became a full-time member after a long association with the group. I ask Mark if he was perhaps missing the dynamic of a group, and the simpler pleasures of just rocking out. "I guess that was the thinking there."  He laughs. "I had played with Josh already in Screaming Trees (Homme toured with the band in 1995) and I'm a big fan of what he does, so when the 'Trees split and he asked me to join, it was no question really. Anytime I can travel the world and play songs I love and hang out with friends, I'm there." 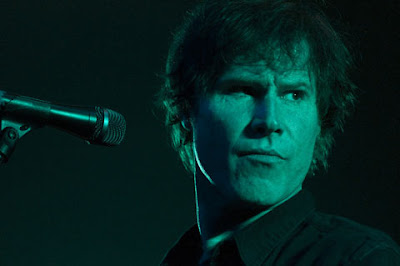 Mentioning Screaming Trees has Mark sighing a little. It's well documented that the band had a rocky existence, but yet were still able to pull off seven acclaimed albums in their career. Lanegan's slow move away from his group had begun in 1990 with his first solo album, The Winding Sheet. In hindsight I wonder if Mark felt he was outgrowing his band from the start. "Not at first, it was just something that I saw as a way of playing with people other than the band. Also it wasn't only me doing that, the other guys had bands outside of Screaming Trees as well, so the group was kind of all our side project really. Now I'm out doing this solo tour, I kind of feel like everything I've done has been a side project." He smiles. As Mark's list of collaborations grows, it's hard not to wonder who's left on his dream list; "Well one of the high points of my recording career has been working with PJ Harvey (on Mark's album Bubblegum)." He recalls, adding "Also I really like Band Of Horses, those guys are really doing… something right." He drawls, "You know you're a big deal when you get one of those bus stop bench advertisements." Mark laughs, "I saw their new album advertised on one of those things which was pretty weird, but I love those guys." 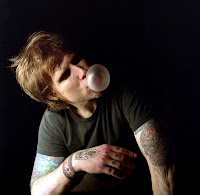 With that tantalizing thought hanging in one of the many silent moments during our chat, I ask Mark finally if creating music from such a broad palate with apparent ease has given him greater confidence. "I think I've gained more humility," He pauses, "I had confidence already but music has taught me to be humble because it's outside of my realm in that I don't really understand where it comes from when I'm writing or singing." He adds, "I hope I never learn how to grasp it fully either. It's like a goal that you never quite reach, but that's why I do what I do because if that chase ended, then I'm sure the music would stop for me." 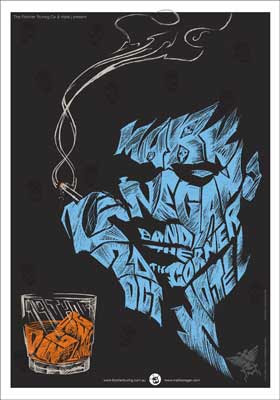