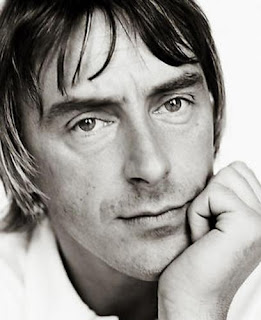 Tears For Fears' 1989 single, Sowing The Seeds Of Love, yielded the line; "Kick out the Style/Bring back The Jam", crudely vocalising the sense of importance Paul Weller's band - The Jam ('76-'83) - had for working class Britain. While his later blue-eyed soul project, Style Council - the ones who would be 'kicked out' - went on to greater success here in Australia, Meanwhile, The Jam's baton was picked up in the UK by earnest newcomers Billy Bragg and Elvis Costello. By the end of the '80s that Tears For Fears lyric coincided with the finish of what many Brits deemed a welcome end to this less honest/confronting side of Weller. Although The Jam weren't seen as punk heroes or gods of mod, it was enough that they had the balls to sing out about how shitty the UK class system had become at the time.

Now, after two decades of growing success as a solo artist, the man they called the Modfather is at last acknowledging his roots on a potent new album called Wake Up The Nation. Talking today from his London home, I begin by asking Paul if he thinks music still has the impact today that The Jam had for England at their peak. "I think it has the potential too," He begins enthusiastically, "but I don't think it's really happening. I guess a lot of it is down to kids have so many more distractions these days, so music is just one platform to make a personal statement by, but when I was a kid, which was a long time ago," He laughs, "There was music or there was football that people gravitated to as a way of feeling a part of something. You have to remember, the technology around now didn't exist then and so your outlet for expression was very limited." Paul remembers, "The bands you were into defined who you were from how you dressed to your attitude and all that." 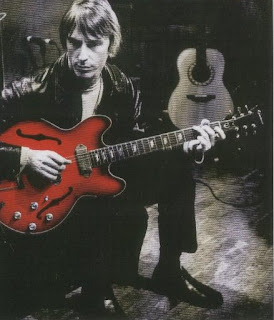 The relevance of Weller's music ran deep for working class communities who needed a voice. Paul has an inside view of the impact music can have when it's used as a battle cry. He says, "I don't know about all of it, but I'd like to think the majority of The Jam's music was relevant and it's great that people still feel that it is." He pauses then adds "In the shows when we play the old Jam songs, they still sound fresh to me and I feel they're still saying something, because not a lot has changed really… Unfortunately."

A five night residency at the Royal Albert Hall recently gave Weller the chance to showcase his massive back catalogue ahead of a world tour. So how does a man with a thousand songs create the definitive set list? "Obviously we played the new album, but we tried to mix it up each night and have different guests come on with us but I probably covered about 60 songs over the course of the residency."  Considering fan favourites and audience requests, I wonder how spontaneous does he like to get? "To be honest there's quite a few songs I can't really remember, so if it's something not rehearsed beforehand, I doubt I could just play it off the cuff." He laughs. Weller's new set Wake Up The Nation is his tenth solo album, and with a tradition of loose concept albums behind him, I wonder what the bigger picture is fans can look for on this album. "It's just very urban and gritty I think." Paul pauses as he's interrupted by a passing police car, sirens wailing. "As you can hear I'm right in the thick of urban grit right now!" He laughs. "I also wanted to push the boundaries a bit to get away from that whole corporate, safe sounding music that's around at the moment." Paul continues, "Basically I wanted to make the record that sounded unlike anything we were hearing. That was one of the main concepts really." 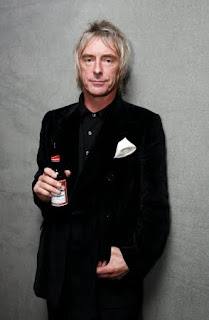 Hardly a one trick pony, Weller's work to date has run between punk, ska, new wave, soul, acoustic/roots and all bells and whistles pop. The raw rock then of Wake Up…, although a new move again, is surpassed – in unlikeliness land - by the album's club mixes bonus disc. Paul explains, "Basically I wanted to be surprised by my own music", He supposes, "I mean I gave permission to the artists who remixed the album to do whatever they wanted with it. I said they could re-sing it, slow it down, speed it up whatever you know, and I was really pleasantly surprised with the results."

So Wake Up The Nation has something new (dance remixes) and something old to boast. The return of Bruce Foxton, Weller's old mucker (and bassist) in The Jam, who hasn't played with the singer since 1982, has had many fans craning their ears to hear a Jam-centric blast from the past on his return. Paul says of their reunion; "It was funny how we got together again, because Bruce lost his wife last year and I went and saw them just before she passed away and that really sparked up our friendship again." Paul explains, "It was the whole life's too short thing, and after years of not speaking to each other I think we came up with one of the best songs we've ever done. Simple as that." The track Paul and Bruce perform together is Fast Car Slow Traffic, and you can't get much more urban and gritty than on this one. It brilliantly manages to sound like 'classic Jam' while avoiding an 'old tricks' routine. It's probably the heaviest rock track Weller has done, but then we've never heard him channel Jimi Hendrix before. 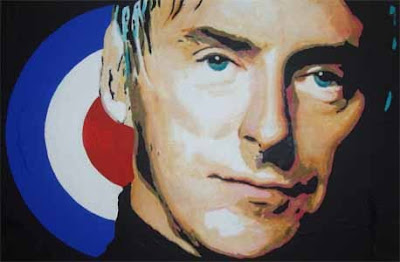 Foxton aside, it's the collaboration with Kevin Shields from My Bloody Valentine on the track 7+3 Is The Striker's Name that's surprised fans the most. Paul discusses, "It probably is a surprise for a lot of people but I view it more as two musicians from different backgrounds with the only common ground being that we're both musicians." Paul reasons, "I just thought he would bring something special to the track and once we got into the studio he just did his thing and I did mine and thankfully it worked. Kevin is a great bloke to, a real pleasure to work with." 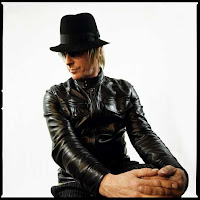 With so many new and old collaborations and a renewed love of experimenting, I wonder was Weller musically revived a little by his father's death during the album's inception. "I can't say it wasn't a factor, and if you listen to the song Trees, I kind of let it all out on there." He further explains, "It was such a cathartic experience to write that (song), it started out as a poem and I wasn't really thinking of it as a song lyric. I wrote it quite quickly, you know to get it off my chest, sort of thing and I showed Simon Dine who produced the record, and he really liked it and saw the potential to make a song out of it. I was pretty amazed at that really so he gets all the credit for that one." Paul then adds, "Playing that live, it's quite fuckin' hard for me to keep it together actually, but I think it's one of the highlights of the set." Mixing prose and song writing doesn't seem like a comfortable blend to Paul, he says of the distinction. "Well I don't really like 'confessional' records if you know what I mean. I don't like those 'Oh I feel like this or like that, I have to explain all my feelings'" He blurts out, "As a songwriter I'd be bored writing like that, and I think it'd be boring to listen to. Prose is usually about the writer's innermost, but in my whole career I've probably written two or three songs directly about me. That's probably more enough for anyone I think." 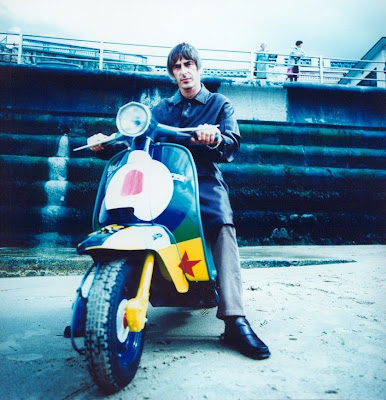