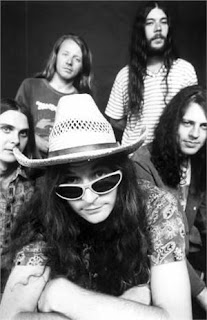 Before grunge even had a name, five guys from Woollongong calling themselves Tumbleweed were about to become Australia's most obvious link to the global fad Cobain's boys spearheaded. 1990 was Time for the Guru, and Nevermind was still a whole year away, but Tumbleweed, a throw-back in many ways, debuted with a single whose sound would dominate everything for the next four or so years. Early success in the form of Sundial (Mary Jane) and Daddy Long-Legs reinforced Australia's love of this new under-produced, underdog rock known as grunge. However by their own admission, Tumbleweed couldn't beat that first buzz, and as the decade wore on, along with their friendships, the end was in clear sight. Ten years on though, and with a zen-like new approach to life/music/art, singer Richie Lewis is reunited with his old band mates for a second go at the elusive joy of a musicians lifestyle.

The band's 2009 reunion is rumoured to have been slowed by Lewis's objection, so he begins our talk by revealing a few truths for the record. "What happened was I was the most reluctant, but then I didn't really know the others were so keen to do it. I was saying no for a long time, but I was also one of the first in actually doing anything about it." A chance meeting with an old band mate began the process, he explains; "It started with me running into Paul (Hausmeister) for the first time in years and having a conversation with him. I'm a big believer in that if a few coincidences happen simultaneously in your life, then you really should listen to what they're telling you." Lewis continues, "I remember I went to a restaurant one night and there was only one seat left and it was right next to Paul, and we just looked at each all night and finally when he got up to go to the toilet I started talking to his girlfriend and I said to her 'you know how it mentioned in the paper that I'm the one that's stopping the reunion, well that's not exactly true.' She then said when Paul gets back I should tell him so, we ended up back at his place drinking wine and talking about it, and finally we just agreed to plug in and see how we sound and if it's any good…" Richie pauses, "We organised a practice and bang it just sounded right." He states, "I mean we could have had that conversation a couple of years before but it was just the timing was right. There was enough water under the bridge, it was time to let go and sort of bury the hatchet." 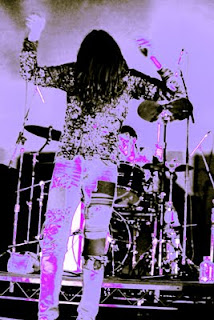 As the light went back on in Richie's mind regarding his band's future, he also faced up to his part in its demise. "Form me it was a realisation of the fact that it's okay to be wrong sometimes and just admit it and what I had with those people was great, and it wasn't really worth holding onto this pride any longer. I mean playing and being friends with these guys again has been just awesome man." During 1996, at the band's peak, they split into two parties – Lewis and the Curley brothers, feeling they had a greater say in matters due to them starting the band, clashed with Paul Hausmeister and Steve O'Brien over growing trivialities, before finally asking them to leave. Tumbleweed continued on, but with declining success. "When this original line-up broke up it was acrimonious and we held onto our grudges for a long time." Lewis recalls, "We didn't do the right thing and it was a decision we had to live with for ten years. We ended up, in the later years of Tumbleweed trying to make up for this loss of energy that had come naturally to us before, and although we had some great new musicians in the band, it was a struggle to reach that peak again. When we got back together last year, first of all I had to realise to myself, I was in the wrong. I had done the wrong thing by Steve (O'Brien) and Paul and therefore by the band, and once I was able to confront that we were right back at the start and we could allow ourselves to enjoy making music together again."

Speaking on the reunion, which is already heading towards its first 12 months, Lewis's love of his bands' music has only strengthened now that his friendships within the band have rekindled. "It's a great thing you know, when you hear that sound again, our sound, all this stuff we had kept bottled up for ten years is just gone." He shrugs, "It's also more fun now, in that we're older and wiser and we can enjoy the music more without all the other crap you go through when you're in your 20s. This used to be my reality, but now it's more my escape from reality which is why I think I appreciate it more." 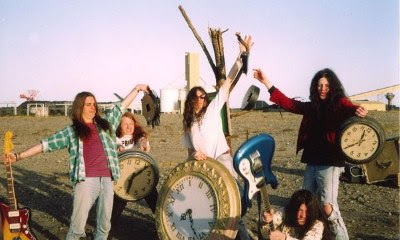 Tumbleweed's first official reunion show was at the 2009 Homebake festival, which was quickly followed by the decision to carry on, prompting the question of a new album. The last one was 2000's Mumbo Jumbo but, Lewis quick to point out, is nowhere near an indication of where he wants to pick up from. "We have been writing and there are new songs but there's still a lot of work to go yet, but we're totally going back to the early days and trying to write from the place we first started at." Richie confirms, making reference to his state of mind as a young musician. ""I don't wanna say too much really, I mean…" He stops himself, "It's early days I can't really talk about it at all actually." Before I can move on, he jumps in again, determined to give an answer; "I want it to be really long and psychedelic and I want it to encapsulate what I thought early Tumbleweed EPs could have been but with a bit more musical knowledge but, I don't think I'll write anything that could be a potential hit."

The band had clocked up several hit songs, such as Sundial, Hang Around and Planet Of The Weeds, but the fall-out from success, Richie explains, was the death of his art; "In the early days there was focus, and something that was really unique to us, and that's what I want to get back to on any new music we make. Back then we thought, "oh such-and-such a song sold quite a few, we better try and write more songs like that' and what ends up happening is things become more contrived as you go on and you end up honing your art to suit what people want." He elaborates, "Its like when you go and see year 12 artwork and there's all this freedom and ideas but sometimes the craftsmanship hasn't quite caught up with the idea, but the catch is as soon as the artist hones the craft, the idea automatically becomes contrived. I'm more about the impetus, the moment of creation and that's what all good art is to me. So that's what we've got to get back to and if we can't capture that spirit of uniqueness, then I don't think there's much point. I'd hate to put anything out anything that kills what we've done in the past, but right now it's still at a pretty natural stage, we're just writing new songs because it's a fun way to start and end our practice sessions."
lEIGh5 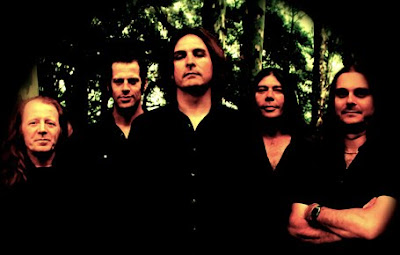