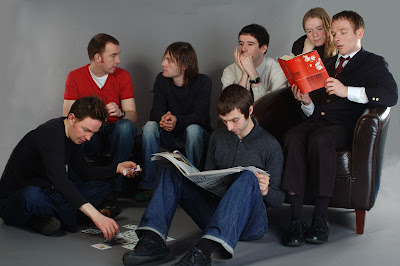 LOVE WRITES
The latest chapter in the tale of Glasgow's bookish anti-stars, Belle & Sebastian is titled simply enough, Write About Love. It’s as though a light-bulb went off in their collective heads at some 'new album ideas' meeting and it read 'go do what you always do'. They did and the results were unmistakably Belle & Sebastian; in other words another enchanting and rewarding listen, devoid of any 'Mills & Boon' sentiments.

Although no such light-bulb moment took place, the band did take their longest between-album break so far in their 15 year career. Suggesting Write About Love was an aural face-palm and a reminder of what they did best as a collective seems like a good place to start my talk with keyboardist Chris Geddes today. He says little to re-enforce my thoughts on their new album's title, but instead offers, "We just didn't ever want to get to the point where we are going through the motions and that's partly what lead to us taking a break for a while. Plus Stuart (Murdoch) wanted to work on another project, which ended up taking a couple of years." Chris adds, "I don't think there was any doubt we would get back together though. Without really discussing it, we were all I think under the assumption that there would be future Belle & Sebastian activity.” Experience has taught me that asking the artist involved to describe their work usually results in many awkward pauses, but Chris in interview is almost an enthusiastic fan of Belle & Sebastian’s work, as though his contribution to the band is far from his mind. 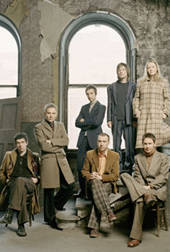 "I think it has some very strong tracks on it." He dutifully states, “Sarah (Martin)’s writing is probably my favourite thing about the whole record, but also Tony Hoffer did a really good job with the production again." Tony previously worked with the band on 2007’s The Life Pursuit. Chris continues, "Also, I think Stuart (Murdoch)’s and Stevie (Jackson)’s songs (on Write About Love) are among the best they have ever written in Belle & Sebastian.” Chris claims that it was producer Tony Hoffer who provided the starting point for the new record’s direction. “At the start, he said he wanted me to try using old synthesisers on this record, and I guess because we had already decided we wanted to use less orchestral stuff than we had on the previous records, that seemed like a great place to begin." He continues, "There wasn't an abundance of songs going in either, so we had to work out a lot of the album in the actual studio, unlike on The Life Pursuit, where we had a lot of half formed ideas already on the go by the time we started the sessions." An outsider might see this as a less stressful way of making a new album, but Chris reckons, “It (Life Pursuit) felt like we were trying to keep too many balls in the air the whole way through the process." As a producer in his own right, Chris felt he could 'buddy up' with Hoffer on the album sessions, perhaps more than anyone else in the band. 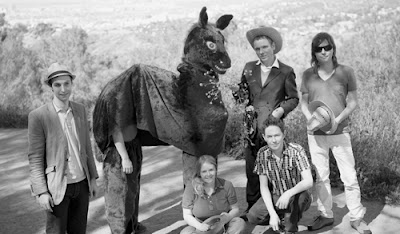 "Yeah I love working over there (in LA) with Tony because its such a brilliant studio, and whereas I work from my little home set-up in Glasgow, being around Tony is like playing with the big boys and seeing how a true professional operates." His own production work, Chris decides after only a brief pause, could never include a Belle & Sebastian album. "No I couldn’t do it because nobody in the band would let me tell them what to do." He quips, "As much as I’d love to do it, and get a proper studio together from the huge amounts of cash I'd obviously make from it, at the end of the day, nobody would listen to me." Poor Chris – the man they call Beans is in possession of one of the softest speaking voices I’ve ever encountered doing interviews. Indeed I had met Chris in person during Belle & Sebastian’s last Australian visit and was struck by how incredibly timid, although engaging, he was. To be the 'quiet one' in Belle & Sebastian suddenly seems like a hilarious concept considering so much of their music, even during their rare moments of gay abandon, is almost apologetic in delivery. Our talk turns to the 'other project' Stuart was working on during Belle & Sebastian’s hiatus and how it inturn lead to Write About Love’s surprising guest vocalists. 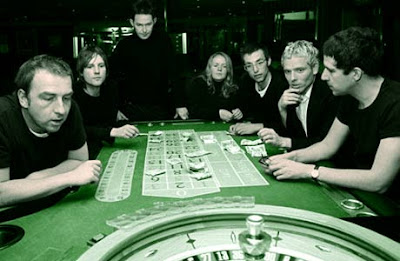 "Norah Jones (who guests on Little Lou, Ugly Jack, Prophet John) I think came on board because a good friend of Stuart's from years ago turned out to be an ex-housemate of hers…” Chris laughs, possibly at the sound of himself name-dropping, “And Carey Mulligan, well Stuart just saw her in a film and was quite keen to get her into the studio because he was working on the script for his film, God Help The Girl and he thought she'd be good for a role in that." The script and score for the musical film is entirely Stuart Murdoch's work outside of his commitment to Belle & Sebastian. He had written stories exclusively about women and for women to sing and went about auditioning artists, mostly unknowns, to play the parts. Carey Mulligan was an exception in that she had an already developed career as an actress, mostly in bonnet dramas, however, she makes a rather impressive singing debut on the title track to Write About Love.

"I think she was amazing really," Chris continues, "but I read in an interview she did after that she was extremely nervous about the whole thing." He laughs, "You would never have known at the time though, but I guess that's the actor in her." At this stage in Belle & Sebastian’s career, pre-album release and tour press is a standard activity but I remind Chris that it wasn’t always the case. Back in 1996, just as the media-hyped Brit-pop scene was starting to lose steam, Belle & Sebastian, perhaps disturbed by the level of attention shown to anything new that could be held up as the saviours of Brit-pop, chose to withdraw as the spotlight drew nearer.  It was a renegade card they played but it only served to strengthen their appeal especially once their debut album Tigermilk became the indie buzz album of the year. 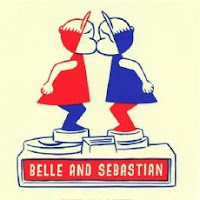 "We were just sort of making it up as we went along. We decided to not do interviews or promotional activities because of how difficult we felt it was to portray what we were about through just talking about it, if that makes sense." It does, I tell him. The particular topic reminds me of seeing early Belle & Sebastian promo items, like badges and posters, often featuring basic line drawings of kids on bikes or soft toys with a simple 'B&S' slogan to identify the culprits. These kinds of DIY, anti-publicity bands are common, but rarely succeed in the way Belle & Sebastian have. Chris hints that a desire for anonymity was loosely the reason for this. "When the band first started, Isobel (Campbell) and myself were pretty young, we were still students, and Stuart I think felt quite protective of us. He didn't want the pressure of loads of attention on us because I think he felt it could spoil what we had together." Chris adds thoughtfully, "Think of how many bands that are talented but maybe get to only make two or three albums because they burn out from that first rush of overexposure. Stuart understood this and didn’t want us to suffer the same fate."

It's clear that Stuart takes his role as band protector quite seriously. He has guided them through eight successful albums, from playing house parties to stages the world over and into the fringes of popular culture without compromising their work. Chris probably doesn't spends his time thinking about this fact, but his ease in discussing it suggests he's confident they made the right move. "Obviously you can never know for sure what you're doing is totally the right thing at the time, but now I think everyone in the band agrees, we are happy with how things have worked out for us." 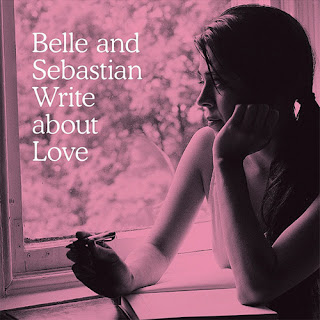