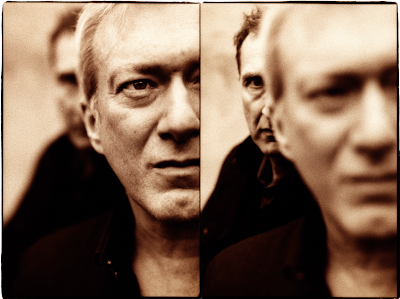 ALL WE MAKE IS 'ENTERTAINMENT!'

The band's founder, Jon King is on the phone today from his home in Leeds, and every bit aware of the reverence/caution he invites. "All I can hope for is that I might have encouraged and stimulated people to be creative. That's all I would want for." Certainly countless artists have rarely stopped singing Gang Of Four's praises, but now Jon, along with original co-founder Andy Gill, are back with their first new album since 1995, all the man cares about now is getting a few of their famously brutal shows over and done with.

"It's a bit out of the ordinary for us to be touring at all, so I suppose I should be a bit more excited about it." King laughs, "I'd much rather be doing the one-off festival appearances, like we are in Australia. The road rat way of living I've never found to be very rewarding, you know what I mean?" Taking 16 years to record a new album…? The last tour must've been total sensory obliteration, Jon? "Not at all, you just have to be a lot more organised than I am to make much in the way of quality music while on tour. I’m sure it must be nice to be Damon Albarn sitting in a hotel room between shows making his next album on an iPad, but not me mate." Indeed the long wait for any new Gang Of Four material is simply a matter of fact. Bar actually asking why they like to take years off between records, I wonder when the last time Jon felt he was under any pressure to get an album done and released. 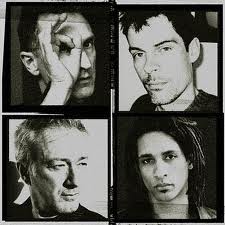 "Not since our first record, mate." He laughs, "I remember when we were finishing Entertainment!, we were a just couple of songs short of a full album and so we took ourselves to a farm in Wales and stayed there for a couple of months to write, and Andy (Gill) and I came up with Return The Gift down there, so it was obviously worth our time getting out of the studio. But I think very interesting things happen within a band when you've got a deadline. I think all creative people to some degree need someone indirectly involved intelligently managing time for them. I'm like the painter who stands around all week looking at the walls and then on Friday at 5pm works frantically throughout the weekend to get it all done in time." Gang Of Four's notable influence and reverence arguably sprung from a filthy sordid affair between prog rock, New York punk and reggae. They pre-dated the ska-punk movement and unlike many of the late '70s punk bands, Gang Of Four didn't discount prog's musical merit. Punk's a title they still happily own, but Jon’s willing to use a much dirtier word to describe his music. 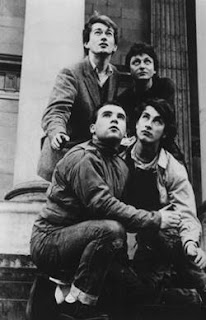 "I always say - though it’s probably quite wrong - what we do is kind of like jazz, you know where you improvise and try and push things." He says provocatively, "Just take a song like He’d Send In The Army for example (from their second album, Solid Gold), that one is always completely different whenever we play it live. I mean, Andy and I might not play anything at all for a few minutes just to see how long we can stand it before we're compelled to drop in again, which could only work on a song with so many stops and starts." He adds, "Songs that have so many trigger points telling the artists where to come in and what to do next aren't terribly interesting to me." Plenty of "musically deconstructive" acts have declared Gang Of Four as an influence – Bloc Party, The Rapture, Franz Ferdinand – so it's not surprising, Jon took his lead from the original demolition man. He explains.

"When I see artists who I admire, like Bob Dylan, they don't respect their own material." He claims, "Dylan when he plays, will change the melody line, the chords, the whole phrasing of his songs and often not care much about getting the words right either. I think that to me, even beyond his natural ability as a performer, is the most entertaining thing about his shows. We're not quite like that, in the sense we try and keep true to the essence of the songs… what I mean is there's no point in playing a song about aggression in a kind of pussy like way, you know what I mean?" He laughs. Whatever the case may be, the band's debut album Entertainment! released in 1979, was hardly the aggressive powerhouse that Never Mind The Bollocks had been. But it oozed with subtle anti-political content, a lot of which would only take on any great meaning in time. Jon discusses.

"A song like Anthrax has taken on a life of its own online from people continually remixing it and reworking it into all these different styles. I’m talking about fans here who have taken it upon themselves to do this with no input from us, and I think it's brilliant to be honest. People have taken that song to heart and drawn out so many different meanings. I’ve seen one which is a kind of allegory to the British landscape and other equally fitting ones where it's all very post industrial and dark, so rather than us holding up our record and saying 'this is important!' its out fans who've shown us what a powerful track that was for them." Jon reflects, "I guess it's become our Star Spangled Banner in a way!" He exclaims, referencing Jimi Hendrix's infamous rendering of the US national anthem at his Woodstock appearance.

If Anthrax was the rallying cry for those who never gave up on the ideals of punk, then what has the latest phase of Gang Of Four got to offer its hungry children? The album is called Content, which I can't decide is pronounced/meant as content (filling) or content (happy), to Jon's amusement, "Well I wouldn't say Andy and I are necessarily contented people, so it can be seen as a bit tongue-in-cheek really. On the other hand, you and I are in the same boat - you used to be a journalist and I used to be a musician but now we're called content providers. That term springs from the media creeps who dominate the world and who make a fortune out of other people's work but don't invest a penny in it." By this statement, it's clear the importance of releasing new music for Jon is low. Indeed Gang Of Four have put out only seven albums in 30 years. Instead King firmly sees his band as very much a live act. "I think I could live without recording music." Jon decides, "It’s the emotional experience of playing live that I’m in it for. It's always been about the rough, sweaty carefree performances and being face to face with your audience for us. The kind of instant joy that comes from that never gets old for me. However, long fucking tours…!" 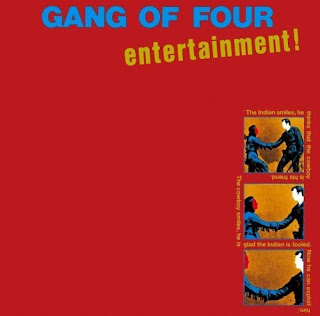