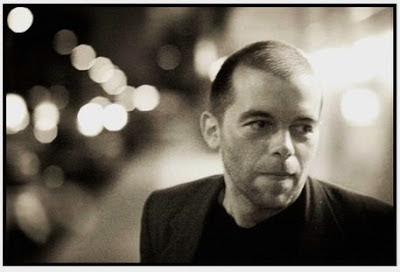 ON THE ROAD TO NOWHERE

It's near-impossible to think of a more fitting image to sum up Oxford's Ride than the huge arching wave, captured moments before breaking that adorns their debut album, 1990's Nowhere. The band who would later be dubbed the premier shoegaze act, offered up a whole new brand of guitar-based rock with the emphasis on layering, effects and slow-building walls of noise, which they captured in a rare, startling potency. Now, 21 years after Nowhere, ahead of its anniversary reissue, singer/guitarist Mark Gardener is on the phone from his home studio in Oxford, admitting that the wake of that album was more powerful than he or his band could have imagined… or even hope to have survived.

Unlike many of his Creation records co-signings, Mark Gardener and band have resisted the reunion tour trap, despite their once rocky friendships now fully repaired. Ride had ended badly, but as Mark unfolds his bands' story, he does so affably and remembers it as being a good time, if not always a healthy one. To help jog his memory of those days, I begin by asking Mark to take me back to his last tour with Ride in Australia and whatever lasting impressions he has.

"I did a few solo shows in Australia probably 7 or 8 years ago, but the last time I was there with Ride was too long ago to contemplate!" He says cheerily. In fact it was 1992 when the Oxford lads last toured here. Mark, upon being reminded, snaps his fingers and begins to ease into story-teller mode - his most natural state I discover... "That’s right!" he exclaims, "I mean the years just go by  when you get to my age, but I remember we supported Ratcat and, I haven't spoken to him for a while, but I got along really well with Simon (Day) and we actually stayed in touch for years." Mark adds, "It was a great tour for us to be a part of because Ratcat were so huge that year and we got to play to much bigger crowds than maybe we would have on our own. Australia was our last stop on that tour also and I remember feeling this sense of just winding down a letting some kind of normality creep back in, and knowing we could go home soon." After walking out of Ride in '96, Mark's sense of 'normality' needed some readjustment as he explains later. But despite messy endings, for the 21st anniversary edition of Nowhere, the original four members all sat in on the remastering sessions, "just like old mates". Mark describes his finely tuned ear's impression of the 21 year-old debut and the feeling it has left him with. 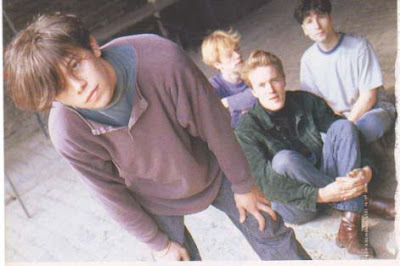 "It's strange because at the time we were so involved with it, but now because I'm doing a lot of production myself I listen to it with a kind of producer’s ear I guess and to me it sounds very unconventional.” He decides. "There's a naivety about it but I think it kind of works. Recording it was haphazard at the time, and it felt like we were doing a tightrope walk and we could fall off at any minute I guess." He continues, "Listening now though it takes me back to being in the studio and us all just being nocturnal for the whole process. Alan McGee (Creation label boss) was coming down to the studio a lot too, I mean it was early days for Creation so Alan was very keen on encouraging us and just making himself available for whatever we needed. I think it helped a lot having that kind of support and it's something I always try and do with bands I work with now." McGee, it is proposed, was barely hanging on financially when Nowhere was being made. The recording of My Bloody Valentine’s Loveless record was costing the label enormously, and so is it reasonable to think he was hanging high hopes on his latest signing? "Yeah at the time, our first two EPs had gone into the mainstream  charts - which was a first for Creation - so Alan was excited but also just into letting us get on with doing our thing. He was a keen observer of our progress though." In those early stages of making the album, I wonder if Mark had the sense of a great plan coming together. "As far as having any kind of plan for Nowhere, we had the material written and just set up as though we were playing live and kept belting out songs all through the night in this old converted church called Blackwing studios." He adds eerily, "I remember just weird, spooky stuff kept happening with the recording equipment and we were convinced there were spirits in the room!" Mark exclaims. Naturally, Gardener is understated when describing Nowhere, but the confidence to pull off such a non-derivative record at the age the band were still seems remarkable, I propose. Mark responds.

"Interestingly when I hear Nowhere back, I totally get that we were all clicking and being very instinctual with the music." He offers, "We were at a place in our minds collectively that was all about fulfilling our childhood dreams of making an album. We knew that if it failed then we would probably just go off to university and get real jobs, so it was also a time of no pressure, let's-just-see-how-we-go, which was a great feeling." Mark adds, "But having said that, I had made a decision, and I think Andy (Bell) did too, that being in a band was all I really wanted to do." Gardener delights in remembering Ride's beginnings without a hint of remorse for what would prove to be a short-lived halcyon time.  "It was the best time of my life (in Ride) and I wouldn't wish to change a thing about it. I mean we had our first record contract when I was 18 and its only really now that I can see it all for what it was – four mates who were incredibly lucky to be connecting with people through music we wholly believed in." Inspiration for the incredible sound on Nowhere, Mark states, was best summed up by Ride co-lead guitarist, Andy Bell.

"Andy once famously said his childhood memory of hearing The Beatles playing while his mum was doing the hoovering had a huge impact on him!" He laughs, "That whole melody and droning noise clash kind of sums up what Ride were about in the early days, but we were all into My Bloody Valentine as well and how they were doing really interesting things with guitars after the '80s big solo thing was kind of dying a death." As a vocalist, Mark added perfectly matched monotone voice-scapes, seemingly more for the purpose of offsetting the wailing guitar, than offering insightful lyrics. He decides, "With my singing at the time, I really didn't know what I was doing so I just sort of mumbled a bit," Mark laughs, "I think I’m a more confident singer now, but listening back to that album I think my voice actually kind of works on those songs." His impressionist singing on the album's most colossal moments, Vapour Trail, Dreams Burn Down and Paralysed gave Ride their only real subtlety, while the main focal point was always on Andy Bell's and Mark's guitar washes filling every possible space in the music, while rhythm section Steve Quarelt and Loz Colbert added heaving bulk for contrast. With the one exception of My Bloody Valentine, no other band had at that time succeeded so fully in stealing soaring guitar music off dreary dinosaurs (fuck you, Santana) and harnessing it with such youthful flair. Sadly though, Ride's rare chemistry was also a timebomb and Mark knew it, or so he claims. 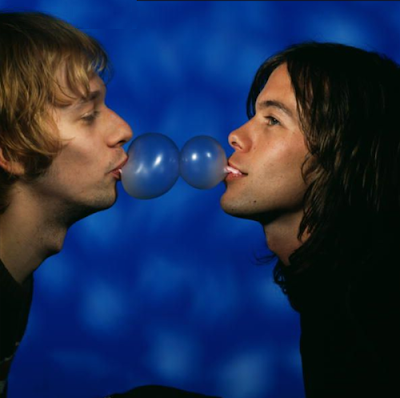