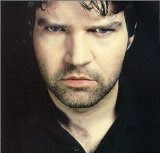 Lloyd Cole has long since parted ways with his former band The Commotions, a band he started at a Glasgow University who had aspirations of making funk/soul music in the vein of Isaac Hayes. Cole’s white English heritage however blocked his access to magical cosmic funk but what was soul music’s loss was indie folk rock’s gain. He proved to be one of the truest owners of the title ‘songwriter’ and possessor of a voice that carries just the right amount of weight. His 1984 debut album Rattlesnakes has earned cult classic status and is celebrated today as an essential album in its field. Commercial success has since been in short order, but never has Cole dropped the ball regarding consistent quality in his work. On the eve of his world tour, Lloyd shares with me from his Massachusetts home, his often practiced pre-travel ritual:

“When you have to be away from home for two months and you can only take two guitars and one suitcase, you make every square inch count.” Lloyd begins in an accent that defies influence by his adopted US home of 20 years, “I’m actually a very anal-retentive person, so now I know exactly how long I’ll be away, I’ll start calculating how many clean pears of underpants that is because there’s never time on tour to do laundry.” I’m sure Lloyd is only half joking as he pauses for my response. His method makes so much sense. Its food for thought until the reality that here is an extraordinary writer of songs forcing me to contemplate a month of undies sets in. Changing tact, I bring up Lloyd’s last album of all new songs Antidepressant (2006) - a collection of sometimes melancholy observations with some of the artists finest writing in his long career. “I think that album was too depressing.” Cole begins with some irony, “It was written in Germany during the most freezing cold winter and really the whole album was about wanting to be anywhere else but Germany… in the winter.”

Although Lloyd isn’t terribly precious about his previous works, he has recently compiled a mammoth four disc set of never before released tracks titled Cleaning Out The Ashtrays. This meant painstakingly listening through boxes and boxes of tapes for the best quality material and chasing up labels to access their vaults. “I actually had to get somebody to do the chasing for me because I don’t have the patience to deal with that sort of thing. I couldn’t leave it up to Universal (Cole’s old label) to do either or there wouldn’t have been a box set. They don’t have a clue where any of my stuff is stored and I just know there’s going to be a problem with that down the line.” Lloyd has plans to release a follow up box set of rare material next year, but the vaults it would seem are in disarray. Surely a self-confessed anal-retentive’s worst nightmare?; “I sent them a box of demos in the early 90s and they’ve been in the label’s care since then but nobody seems to know what’s happened to them. I’d really like those back but I’m not optimistic at this point.” 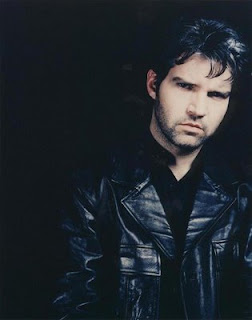 The idea that there are dusty draws out there filled with unheard Lloyd Cole treasures is quite tantalizing. For the impatient collector though, there’s the extensive Cleaning Out The Ashtrays, and two recently recorded live albums he’s selling only from the gigs - The Folksinger volumes 1 & 2. The title and presentation of these works is Lloyd, a little begrudgingly, embracing his allotted place in the musical scheme. “I never had any ambitions to be the folk-singer guy at all but that is more or less how it is now. I’m up there on stage with my guitar performing acoustic songs only because it is the simplest way to do it.”
The teenage dream of a funk career must seem a long way away, but we are lucky that the legendary songwriter is still gracing us with his music at all. As one of an increasing number of musician golfers, Lloyd, not confident in his average to carry him to golfing victories, confides the only thing that he would give away music for is to be (gasp) a golf writer. Thankfully, his devoted worldwide fan base are keeping him from chasing that dream. The most dedicated of these fans are known as The Young Idealists who, by self appointment in most cases, have a role to play in the life of Mr Cole. “Some of them are giving so much of their time to make things that much easier for me. For example, I’ve got a guy who updates my mySpace all of the time and keeps googlemaps of everywhere the concerts are going to be. I really couldn’t do that stuff without his help. Plus there’s a team of probably 150 people around the world who are going to come along to shows and man the merchandise table and hang around for a chat after. It’s like a big extended family really. It’s a totally different world from years ago touring with The Commotions”.

His Australian Young Idealists can possibly look forward to the man’s interpretation of an AC/DC or Nick Cave song, as he’s been known to do live; “Yeah, just call out for them in the second half of the set.” Lloyd invites, “I’m sure I’ll get around to playing some of my Australian covers on this tour.” Cole’s list of artists who’s work he’s covered is immense, but so far he has resisted the almost expected official covers album; “You see, I’d love to do one but I need to make sure my careers in good shape first.” he laughs, “So if I have a hit album then I’ll definitely throw out a covers set immediately afterwards.” 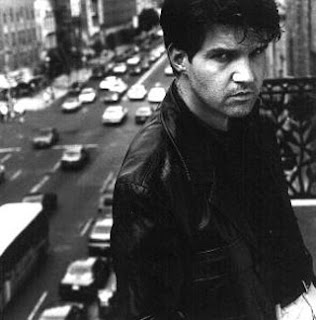 Offering up sublime versions the Pet Shop Boys’ Being Boring, Marc Bolan’s Children of The Revolution and Leonard Cohen’s Chelsea Hotel, Cole has a fine ear for a well written song. I for one want a peak in his record collection before it’s any more depleted by his light fingered brother; “I’ll go to play something I haven’t listened to in years and find that it’s gone.” He reveals, “I think my brother helps himself to my records when I’m on tour.” Lloyd’s annoyance is minimal compared to his amusement at the thought. “Sometimes I’ve had to buy the same album five times and by then you just don't feel like paying for it. It’s like; (to imaginary record shop owner) ‘Can I just take this? I’ve already bought it a few times now. The artist has been paid!”


Lloyd's weblog is updated frequently and gives you all the info on tours and releases plus the chance to send messages directly to him (which he actually responds to)...