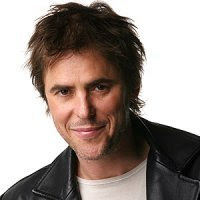 The Whitlams are band who’ve had more misfortune than a Shakespeare tragedy. It was from the Sydney group’s well documented darkest period that the album Eternal Nightcap emerged. Packed equally with wit and cynicism, something in those songs sparked with Australian audiences. Perhaps we identified with the bare honesty of one man’s stories of fallen friends, (Buy Now, Pay Later) or unprecedented rolling good times, (You Sound Like Louis Burdett), or was it spending a little too long browsing the personals section? (No Aphrodisiac). What ever the reason, the album has moved into ‘Australian classic’ territory. Twelve years on from its self-funded release, head-Whitlam Tim Freedman is revisiting his over-achieving third child, buying it a beer and making peace with the bits he wished he had paid closer attention to.

I’m facing the interviewers equivalent of waiting an hour to hear the punch-line of a joke. Tim Freedman’s in the back of a taxi making his way through Sydney traffic towards his Newtown home and on a worryingly low battery. I’m hedging my bets the phone will conk out as soon as our talk starts to flow. Tim isn’t concerned, “I’ll just put it on the charger when I get home, it’ll be alright.” Often slightly begrudging of the interview process, Tim is keen to start; “We might only have five minutes so let’s get cracking!” He reminds me.

In the last three years, The Whitlams have toured their last album of new songs, Little Cloud, a greatest hits collection and more recently with various symphony orchestras, re-arranging their catalogue for chandeliered concert halls. “There were also the ‘girlfriend songs’ and ‘death songs’ solo tours.” Freedman interjects, giving me a green light to discuss those troubled times in which the breakthrough Eternal Nightcap (1997) album was made. But first, does the songwriter feel time has been good to the work? “Yeah, well I don’t think I’ve become any better at writing songs.” He says, self-mockingly, “But I am quite proud of that album really, because it was actually the result of about ten years work. There was a lot of thought went into the lyrics and every line was in there because it was part of a story that kept forming over time. I can appreciate the work that went into it objectively, except for my voice!” He laughs, “I think I sang very strangely and over annunciated everything too much. That alone makes it sound the most dated of all our albums, to my ears at least.” 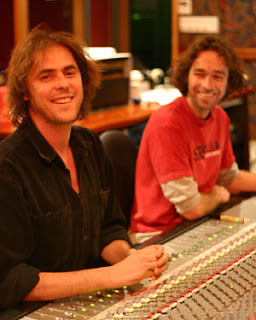 Playing the album live again, Tim is most looking forward to ‘correcting’ his vocal delivery on the well loved set. The recently released recording of his band with the Sydney Symphony orchestra reveals Tim’s voice has undergone a striking change. He’s displaying a greater confidence in his notes and using more of the scale. There’s also the slightest gravelling in that formerly boyish warble. “I think my singing has probably improved a bit, yeah. It’s difficult to listen back to that album because of how weird my voice sounds, but playing it live means we get to modernise it. No one in the current Whitlams line-up even played on Eternal Nightcap, so it’s going to be very much about updating the songs, instead of simply revisiting them.”

There are tentative plans, he reveals, to re-arrange the whole album with the Sydney symphony later this year. “If it goes well and the MSO have a break in their calendar we’d love to bring that show to Melbourne as well.” Tim has always maintained a long distance love affair with the rainy city, as documented on the Eternal Nightcap single Melbourne. “That’s obviously one of the ‘girlfriend’ songs”, he explains, “but it’s also about wanting to be away from your familiar surroundings and comforts, especially when they sort of…. cease to be comfortable.” It’s been well documented that in the lead-up to making the album, bassist Stevie Plunder died in an apparent suicide after a long battle with drug addiction. The album’s Charlie trilogy deals with his loss. “It’s funny, because I made Eternal Nightcap as a very personal document but so many people really connected with it. There’s quite a bit of raw emotion going on there (the Charlie trilogy), but I think there’s also enough humour on the album to balance it out. Perhaps it’s black humour, but it’s in there.”

The recording costs of Eternal Nightcap were, by most standards, shoestring. “I remember I was recording so much at the time with my little 8-track, just setting up in the back room of my house. Some was even recorded in a Mexican restaurant in Sydney. It didn’t matter where I was I was putting ideas to tape while desperately trying to keep the recording costs down. I could tell you every bar, restaurant and room where those songs were recorded!” Great news, as it’s Tim’s memory I’m interested in today and his ability to get into the headspace required to write so concisely from the heart. “If you’re an observant sort of person then, I think that inevitably happens. Every song I have written reminds me of a very specific time in my life.” When it came time to record the third album, it was with an entirely new band. Guitarist Andy Lewis had bowed out to get married and Tim was still tender from the loss of Stevie. In a bitter-sweet irony, the flippant, rollicking single I Make Hamburgers (1995) was quickly becoming The Whitlams’ biggest hit so far. Not stopping to enjoy its success, Tim was already focusing on getting a new band together and some important realisations. “Eternal Nightcap was really about friendships. New friendships with the musicians who worked on that album and also, in the songs, remembering old friends who couldn’t be there with me anymore.”

At this point in our talk, Tim’s taxi arrives at his home and we’re suddenly out of the moment as he deals with paying the fair. “Should I call you back in say, an hour?” We hang up and I begin to worry that Tim feels he’s said enough already. 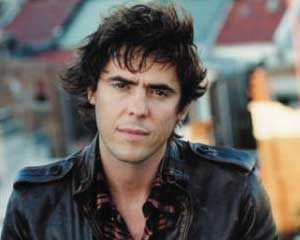 “I’m home and comfortable now, and I’m afraid you’re not going get anything much out of me now.” It’s been three hours since the cab ride and it’s a very pensive sounding Tim Freedman on the line. I offer in response that the best conversations always happen in the backs of taxis. “It’s just I never really do any work at home.” Tim starts easing back into chat mode, “I need to be away from whatever it is I’m writing about when I’m working. I happen to write a lot about the people and things around me, and so I have to just get away a lot.”

The Whitlam’s music does reference Australia specific themes quite a bit, a point that Tim livens up to. “It’s not any different to Paul Kelly singing about Melbourne and Sydney locations, or UK Squeeze singing about London in their cockney accents. They are just singing about their everyday lives and surroundings.” It’s inevitable that Tim would be sick of talking about THAT song, but I’m curious to know how he feels about No Aphrodisiac’s success, given the songs unusual context. “Well, I don’t think it’s very unusual in terms of every other indie rock band has a song about loss, despair or loneliness. The difference I suppose is our song was coming more from the idea of indulging loneliness, instead of feeling defeated by it.”

3 THINGS YOU MAY NOT KNOW ABOUT THE WHITLAMS:

* The famous pink Greyhound coach featured in Priscilla: Queen Of The Desert was The Whitlams actual tour bus!

* Pre-Whitlams Tim used to play keyboard on tour with legendary Sydney bands The Sunnyboys and The Hummingbirds.