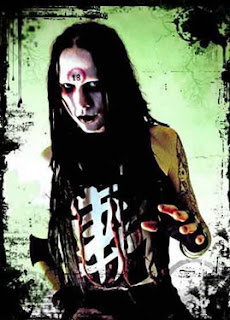 Joseph Poole (aka Wednesday 13) is lucky to be alive today. In 2007 the LA based singer, rolled his car several times resulting in broken bones and months of recovery. He was preparing at the time to launch his Skeletons CD onto the world and begin work on a country influenced side project called Bourbon Crow. His brush with death left him with a heightened sense of his mortality, as to be expected. "It's a big eye-opener to go through that and although it's a massive trauma, in the end when I got my head together I really did appreciate things a lot more." He explains. Wednesday 13 first came to Australia's attention with Murderdolls - a kind of antithesis of the serious to-the-point-of-absurd Marylin Manson. The project was based around the combined loves of Wednesday and Slipknot's Joey Jordison - 1950s schlock horror flicks, Alice Cooper and The Addam's Family. Now fully mended and back on the tour circuit, Wednesday's bringing his (sort of) solo show to Australia, and promising fans a sizable helping of the 'Dolls best loved tracks during his much anticipated return.
"I do a kind of greatest hits thing now because of all the different bands I've been involved with in the last few years." He divulges, "I won't be including anything from my latest band, Gunfire 76 because it isn't really known outside of the US yet, but I have a lot of stuff to draw from now." Pre-Murderdolls, Wednesday fronted the comic-horror groups Frankenstein Drag Queens From Planet 13 and Maniac Spider Trash. He remained the only original member of those groups as a revolving door of collaborators and guest musicians came and went. After many years of changing band members, I ask if life would be simpler with a set of full-time players to work with; "I know it gets a little confusing at times, with fans not knowing what to expect. They get used to me doing one thing and then suddenly I'm doing this entirely different thing, but I like working that way and hopefully every project can stand on its own. One day I'd like to be able to go on tour and just play a whole show of all the different music from band's I've worked in. That's the real goal here." 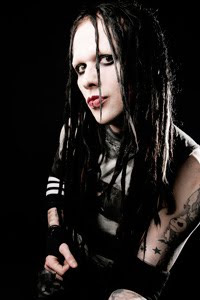 One aspect of Wednesday 13 remains constant throughout his various bands - the man's striking, monstrous image. His look - something like a zombie drag queen - is a real tongue-in-cheek approach to the more typically grim made-up gothic acts. "It's kind of important for me to have a 'look' in the same way Kiss made it a big part of their act. I even have some outfits that I work on months in advance of a tour just because it's more fun than going up there in jeans and a shirt and just staring at my shoes."
His love of the deadpan Wednesday Addams in the classic Addams Family series was of course the inspiration for Poole's stage name, but why not Pugsly or even Gomez?; "Well in Frankenstein Drag Queens we dressed up in sort of horror drag and it was more fitting to pick the daughter's name for the character. Also I love that nobody is called Wednesday either, just this one psychotic chick and that really appealed to me!"
Much like his TV name-sake, Wednesday is a little misunderstood in the broader music community. He delights in my telling him how humourous I think his music is. After all, it is a word he rarely encounters when asked to discuss his songs. "That's a huge, huge part of what I do you know. I always try to explain that to people, but I kind of got dumped in this whole goth rock movement thing and I get that, we all have black clothes and black hair but I don't look the way I do because I'm into Sisters Of Mercy and vampires or all that. I always try and put some humourous tagline into my songs to separate me from the deadly serious goth rock bands who really buy into all that vampire shit. I really think music should be a fun and dumb, I mean it's alright to write about more personal stuff now and then, but I'd say 99% of what I do as Wednesday 13 is just stuff that makes me laugh." 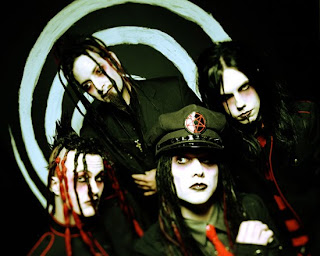 The current Wednesday 13 release in Australia is the Bloodwork EP - a very mixed bag of work ranging from the sublime (My Demise B.C.) to the nonsense (I Love To Say Fuck) in just six tracks. The former is an Alice Cooper-esqu haunted ballad while the latter revives goofball rockers Ugly Kid Joe. "That song was my attempt at writing the most non-radio friendly piece of music ever." He laughs, "I had that floating around in my head for some years and now it's become like our tune up song at the shows. Its great fun to play live and I think it kind of captures a real punk spirit, like it's just immediate and in your face but quite stupid as well." It's with that in mind; I wonder what level of importance does Wednesday place on being taken too seriously. "I don't know I guess I do want people to get what I'm doing but if they don't then they probably shouldn't. Some people go by face value and they're the ones who aren't gonna get what I'm doing, but who cares you know, my fans know what I’m about and that’s good enough for me." 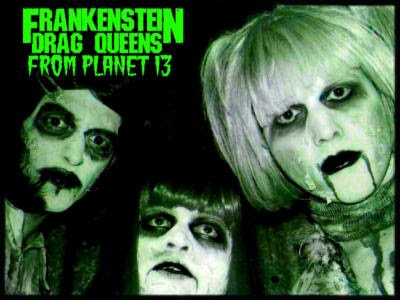 Some live pics from their Melbourne show at Hi-Fi Bar: 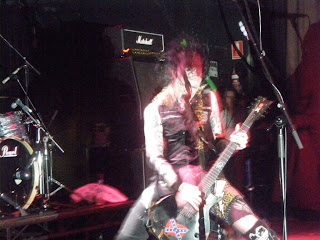 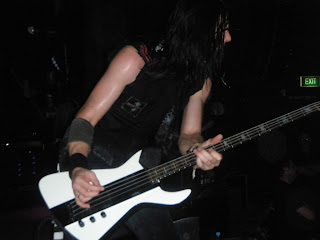 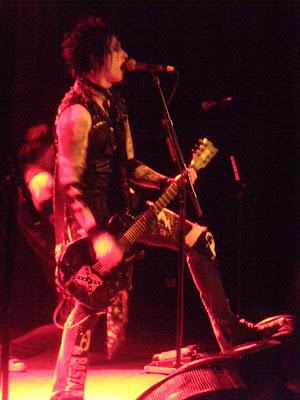