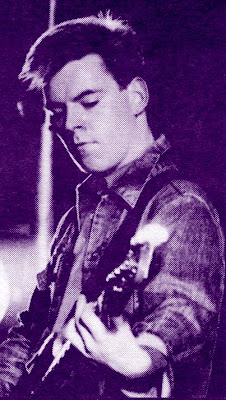 HANGIN' WITH THE DJ

In mid-‘80s Britain, the music coming out of Manchester seemed to represent the vitality and richness lacking in the everyday lives of its cities people. Yet not a single band from that much romanticised scene could claim financial security, improved lifestyles or instant success. Its heart remained firmly intact - that is until the loss of the scene’s true princes.; The Smiths. After five short but resonant years, Morrissey, Marr, Rourke and Joyce shut down a rarely matched sweet but sorrowful union only to embark on years of publicly slagging each other off.

Today, the more sweet than sorrowful bassist Andy Rourke - now a successful club DJ – talks NY clubs, punctured bicycles, sanity and Smiths tribute bands on the eve of his first antipodean visit in his new occupation. His story begins in the wake of The Smiths, when he and drummer Mike Joyce oddly enough remained part-time members of Morrissey’s band during early solo recordings. Andy remembers that time as a tense and solemn experience.

“You have to imagine this is within a year of The Smiths breaking up, so we’re all in a bit of turmoil, missing the band and hoping things could be resolved.” After a brief band meeting, Johnny Marr announced he was leaving The Smiths, effectively dissolving the already thin ice they found themselves on as friends and as a band. Andy continues, “Obviously now things have gone way past resolution, but even at the time myself and Mike (Joyce) did Morrissey’s solo albums we never really spoke in the studio. We didn’t need to, I mean we already knew how to make music together and, to a degree, what was expected of us.” By 'expected of,' Andy refers not only to Morrissey but, also The Smiths fans. The ones who gladly wore unflattering black-rimmed specs and stuffed bunches of limp gladiolas into their back pockets, or more accurately those who felt personally devastated by their band’s end. Their impact was so strong, it seemed as though neither fan nor band were completely willing to move on - with the exception of Johnny Marr. 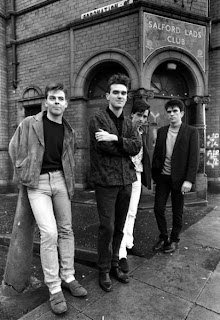 “Since then I’ve played in bands only on a short term basis, so I’ve never really allowed myself to get too attached I suppose.” Andy explains of his career as a session musician, while hinting at avoiding any repeats of Smiths-type drama. “Take The Pretenders for instance, I was asked to play on their Last Of The Independents (1994) record because about a month before they were due to go into the studio, Andy Hobson (Pretenders then new bassist) who was a keen cyclist was riding in Notting Hill in London and some kid just ran out and jammed a piece of wood into the spokes of his bike resulting in two broken arms, so it was a bittersweet thing really. On the plus side it was great to work with Chrissie Hynde, but it was a shame that guy had to break his arms for it to happen.” He laughs, “It’s funny because a couple of albums before the one I did, Johnny (Marr) became a semi-permanent Pretender and I remember I was really jealous at the time because when he and I were kids, we really looked up to them, so when my chance came to play with them I was really pleased.”

Sharing such a ‘fan moment’ brings out the true music obsessive Andy still is to today, and like any good DJ he's strict on his tastes too. “I live in Brooklyn now and it's a struggle to find a good club that doesn't just play R&B all night, or even a radio station for that matter. Maybe one in ten is good, and put care into their playlists but that's a minority over in the States.” Andy, the careful listener was until recently a radio DJ himself on London’s XFM. By his own admission, he may not have been the best announcer with nerves getting the best of the bassist; “I used to panic a lot between talk breaks and I had to drink like two bottles of wine – one before and one during the show” He laughs, “Anyway the whole idea of my show – it was called Weekender – was something to put on when you’re home getting drunk and getting ready to go out.” 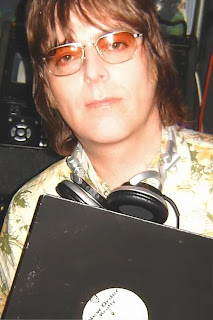 Relocating to the US last year, Rourke involved himself in the New York club scene. The live audiences and no nerve-wracking talk breaks appealed to the former Smith. There were the downsides however… “In the US, I get people asking me to play fucking Jay-Z, which I don’t have, and they get pissed off as if you’re supposed magic up a Jay-Z CD.” Rourke muses. “There was a corporate show I did recently for Spin magazine and so people weren’t there to see me, I just happened to be DJing and this guy comes up (affects dopey American accent) “You got any Jay-Z?” – I go no, and turn my back for a moment and he poured his vodka and Redbull all over my laptop, and that was it. The thing was fucked, so luckily I was at the end of my set, but I won’t be bullied into playing crap.”

A fan of the Manchester house and indie music can surely expect to be indulged at an Andy Rourke DJ gig, but could a Smiths fan expect a raspberry for requesting How Soon Is Now? “No definitely not; I usually drop in a Smiths song or two.” He says brightly, “Things like There Is A Light works well in clubs, plus I obviously play a bit of New Order and Happy Mondays, but I also throw in some American stuff like Iggy Pop, Breeders and Pixies as well. But no fucking R&B though.” Rourke’s mode of DJing is a little more new school than one might think. Vinyl’s out, CDs and laptops are in; “I never bothered so much with vinyl, but I have to take three cases of CDs with me. I think my arms have become two inches longer carry all that around, I’ll be playing bass like Hooky soon.” He laughs, referencing Peter Hook’s famous ‘bass worn at knee level’ stance in New Order’s concerts. 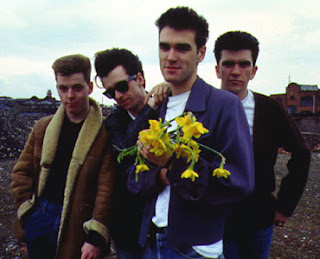 Although it’s true Andy carries CD cases more than he does basses these days, his signature instrument is far from gathering dust. During a recent DJ gig in Brooklyn, Rourke unexpectedly found himself back on bass duties “After a few shandys, mind you” for a rousing Big Mouth Strikes Again, sharing the stage with – not an equally drunk Morrissey or Marr - but Sons & Heirs, a Smiths tribute band; “I was only booked to DJ that night, and I’m a bit wary of doing these kinds of gigs anyway,” Rourke explains, “But I checked them out online and they were actually really good. So I agreed to DJ for them, and later they asked me to get up and do one song with them. It was unrehearsed and a bit messy, but it was an in the moment thing.” He then adds, “I loved being in The Smiths, it was a massive part of my life and something I’m very proud of so why shy away from it, but at the same time I certainly don’t go around playing in tribute bands for a living.” 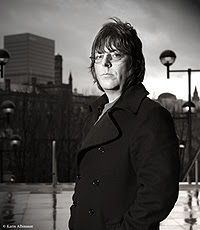 The long list of collaborators in Andy’s career reads like music’s ‘most likely to be certified’ artists. Sinead O’Connor, Morrissey, Jaz Coleman, Ian Brown – Rourke’s played with the cream of eccentric and slightly unhinged (oh let’s face it, barking mad) musicians in Britain, so what is it like being the only sane man in the room, I wonder? (Laughing) “I wouldn’t say sane, but I do tend to have a calming effect on people. It’s my soothing radio voice that helps I think.” 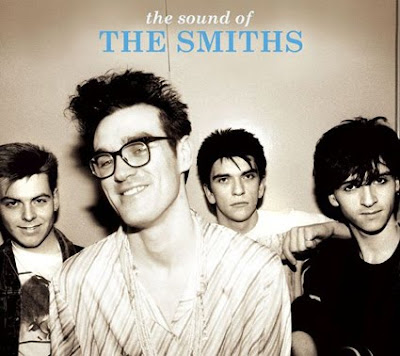 getting back together, we knew there would be battles to get through, but in New Order, that’s just how we play." - Gillian Gilbert, New Order.