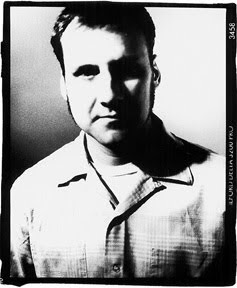 Within the confines of most bands there are often tough times of over familiarity, creative differences and even barely salvageable friendships resulting in either great musical output or complete implosion. In the case of Stockton, California’s Pavement - all of the above applied ten-fold by the close of the ‘90s. Now, telling his side of the story on the eve of the band’s reunion tour, guitarist Scott Kannberg comes across as the ‘amiable one’, who looked beyond the messy break-up to a great legacy of songs.

“It’s been ten years since we were all in the same room together… oh boy”, he begins exasperated, as though the thought had just occurred to him. The events of their last meeting have been documented as fraught with tension and certainly no love lost. During the lead up to the split, eccentric singer Stephen Malkmus took to riding on their tour bus hidden under a coat, avoiding any form of communication with his band mates. He even went as far as tethering himself to the microphone stand at their last show with handcuffs to represent his feeling of being ‘trapped in Pavement’. A Britney scale melt-down seemed imminent, and so with no formal warning Pavement came to an abrupt end during the last months of ‘99. 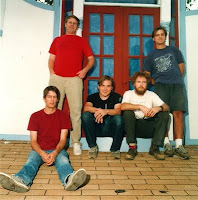 A decade after the ‘cries for help’, I wonder is Kannberg’s excitement beating his possible apprehension over the reunion. “Well we have all had a chance to go out and live our lives apart from each other, and we haven’t had, you know, ongoing communication in that time. The best thing so far in reconnecting with the other guys is that we’re all older and wiser but then in some ways it doesn’t feel as though much has changed at all. At the time I don’t think we realise what we had and so we kind of needed to break up.” Kannberg explains, “I mean for myself, I was only writing a song here and there in Pavement, so when we broke up I was forced to develop as a songwriter if I wanted to continue making music.”

Scott chooses his word carefully as inevitable reunion is drawing nearer; he clearly wishes to remain open to healing old friendships and to focus on the good aspects of his former band. However, nobody in the group are likely to have fond memories of recording their final disc, Terror Twilight as the time spent making it was a clear countdown to Pavement’s end. Scott’s own band, Preston School Of Industry made use of several songs he had written for Terror Twilight after Stephen Malkmus all but ignored his compositions and refused to add them during Pavement’s rehearsals. Scott remarks; “Well on the plus side to that, I enjoy making music and I always wanted to develop that as far as I possibly could and, who knows, maybe in Pavement that might have happened eventually, but the fact remains I was able to grow as a musician much faster outside the band anyway.” 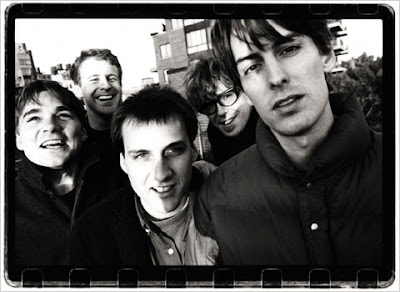 After a successful run of albums in the ‘90s adored by indie crowds; Crooked Rain, Crooked Rain, Slanted & Enchanted and Wowee Zowee in particular, I wonder how Kannberg now views the band’s success; “I see Pavement as a kind of historical monument”. Scott’s voice suddenly lowers and he pauses before a dry laugh escapes. “We can’t go tearing it down again, either or that historical society group are gonna be after us.” His tone begins to brighten, as he switches from thinking about the ten year gap to the immediate future; “We were pretty confident about what we put out at the time, but I think this time around it’s gonna be a lot more modern. We’re all much better players now so we can’t just step up on stage and into our old indie rock shoes and be the cocky kids we were back then, you know.” He adds laughing “But we’re not gonna be fat old guys either”. Greater musical know how will be something fans can look forward to in the shows, but Scott assures me that won’t mean 20 minute guitar solos. “No, the songs are gonna be pretty true to the originals but I think the attitude is gonna be a bit more mature. I mean our audiences are older now too so hopefully it should work out. We’ll all have more highly trained ears I think.”

Scott’s ear in recent years was employed to collate Pavement’s entire back catalogue for a series of expanded and remastered reissues. He discusses; “I was always documenting every little thing, not realising at the time one day we could put something like this out, but they turned out nice. I always wanted to put everything in its right place, you know, finally put out the tracks that we dropped at the time to complete the story and the reissues have been a fun way to do that”. While pouring through the band’s catalogue, it’s hard not to wonder if Scott was inspired to pursue a new Pavement album in the future and pick up where they left off. “No, that didn’t really come into it.” He explains, “If this tour is really fun and everybody gets along and playing the old material spurs us on to write together again then I guess something could happen, but we can’t really say what we’re going to do next until the tour happens. I think it might be fun if everybody was up for it, and maybe this tour will inspire us. I certainly hope it does.”

If Scott has any regrets about Pavement’s end, he remains guarded about them. Instead he comes across as contented with what they achieved and even pleasantly surprised at the interest in a reunion tour; “We thought we were making good records, but we never thought people would get into it so much that we would actually be able to come back ten years later and stage a kind of ‘best of’ live show. In some ways it feels so surreal.”
Its true Pavement never could be considered ‘hit song makers’, in fact their place in the musical scheme was never obvious at all. However being an American guitar band may just have been the one clause that allowed doors to open for them in the Nirvana-obsessed ‘90s. “Yeah, we got dropped into the whole grunge/slacker thing by the English press but really we were more into post punk than anything. Our sound came from us all being record collectors and just devouring stuff like Captain Beefheart, but I don’t think it was all that obvious what we listened to because our tastes were so diverse. It was never like Oasis loving The Beatles, but we were open to influence by great records and I love that I can still get blown away by some artist who I didn’t even know existed before.” 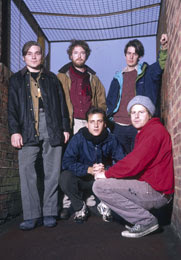 Of course, it’s Scott’s taste in music that dominates the rest of our talk; and just what does he think of what the kids are into now? “I kind of gave up listening to new music” He laughs, “I’m really into rediscovering things like mid-period Dylan, Fleetwood Mac and Beefheart right now. When I was doing the Spiral Stairs record (a solo project released last year) that music really got me going again. I didn’t listen to much of that stuff during Pavement, so now I kind of feel a bit stupid because I was part of this 90s thing, when so much music was just being rehashed and now I meet guys going, oh yeah I been through all that before.”

During our talk, there was no discussion about why Pavement are getting back together – money would be the boring answer – but in his closing statement, Scott expresses off hand what could be the only reason any band should reunite and tour again; “I know that when I go to reunion shows, I’ve usually got a smile on my face the whole time, so hopefully people will come along to see us and have as much fun as I do seeing a band I used to love playing together again.” 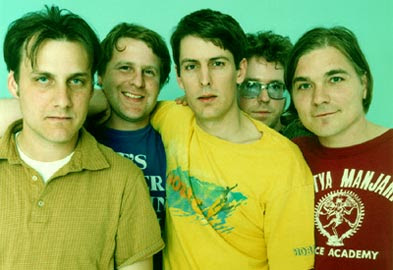