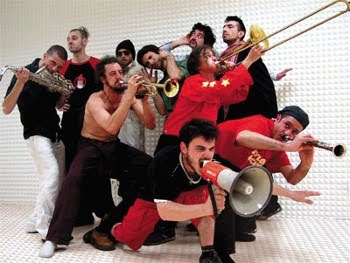 "It must be a mistake, we aren't actually doing interviews right now, but if you're willing to put up with my bad English, I will talk to you.” David Baruchel - singer/guitarist with nine piece French band, Babylon Circus begins, somewhat confusingly, down the phone from his home in Lyon. In his country and all through Europe, Baruchels’ band are celebrated musical gods, yet their world is only gradually expanding to include international interest. To get a grasp of his expansive band’s music, imagine a heavy rock and reggae base, with the political twist of punk and ska, served with fairground organ, and all sung over in a mix of French and English. However, unlike their music, their message is simple; ‘no fear’. As David settles into surprise interview mode, he begins detailing his commune-style life in a self-confessed ‘band of gypsy’s'".

We have been on the road so many times together now and every time it feels like a big family picnic taking place." He laughs. "What family is about to me is having to spend time with people you don't always have fun with or even get along with, but there are more good reasons than bad reasons to be together." He adds, "Besides we are really cool, yes, we have no big problems with each other because it is a special lifestyle touring in a band and we appreciate our good fortune in being able to do what we love. If you don't like the role of the gypsy then you would be unhappy doing this, but I think we all have in common a love of the road."
One of the many curios in Babylon Circus, is the strong Jamaican accent in co-lead singer Manuel Nectoux's voice on the recordings – quite an oddity for a white Frenchman, non? “Oh well, Manuel spent many years in London in the Jamaican district getting into the Jamaican roots music and he ended up developing this black voice." David laughs "It is good for us though as it gives our band a special international sound, which when playing ska and reggae music is important I think.” He ads “It’s funny because from the very beginning people were asking 'oh where's the black guy'? but they didn't know it was like Manuel was Michael Jackson, you know, a white guy with a black voice." He says, with a cheeky burst of laughter.

Apart from dancehall and punk, Babylon Circus take a literal angle on their albums in having genuine, slightly disturbing, vaudevillian carnival music filtering in through their skank/rock mix. David explains his fascination with all things side-show; "Well my uncle played in a band who were all circus artists as well and I would spend a lot of time with them as a boy, which is what helped form the roots of my band. I remember I really wanted to join their circus then and perform but it was too difficult for me, and so I guess with Babylon I get to have my own circus now." David explains further his notion of circus/family/band correlation, "There is a kind of collective consciousness in our group, which is how I think circus performers and families operate, like we just know what to do when we get together without even thinking about it. We trust each other a lot.” The singer begins to transgress on having to think about his life as a gypsy musician. He’s not really comfortable with explanations, and is perhaps not used to being asked at all. "I don't really think about my life that much, we (the band) just go about doing what we do and I am so used to that, that talking about it is a strange feeling for me." 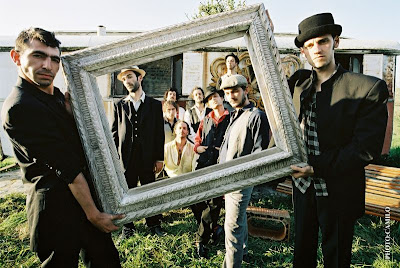 Asking David if he feels interviews are too intrusive seems a little pointless as he rarely does them, so I ask if he finds the creative process simple. He answer's somewhat strangely;
"It is a funny thing to talk about, after it stops being a decision you make. People go off to work and then come home and it is just what they do, it isn't a thing they discuss and I don't feel we do a lot of contemplating about our lives." The distinction David makes between himself and his band seems unclear. With his collective consciousness theory in mind, I ask him if like a family, a natural hierarchy has developed with in the group.

"Yeah, I'd say me and Manuel play a part-time role as parents, but maybe that is just one of the side effects of singing on stage - both he and I do this but it isn't an issue that goes beyond, say the concert. In the stage of developing the songs, everybody has their little part in that and each is just as important as the others." He ads, "You soon realise you don’t need to organise everybody in the band to do their bit, it just happens naturally from being together a lot of the time."  Sharing a rebellious attitude also helps to drive Babylon Circus collectively it would appear. Stories of police chases and arrests have emerged in the wake of their tours - David joyfully retells a personal highlight; “When we were on tour in Europe last time, the day after a show we decided to do some busking in the street and some people turned up who had seen us at the concert and must have called all their friends because soon there were a lot of people and they brought beer with them, next thing everyone was getting drunk and, I guess it was actually illegal to drink in the street so the police came and saw that we must have started this.” He continues, laughing; “The cops decided to chase after us and so we split up, but they caught our keyboard player in the end. It was one of the funniest times in my life, that day.” 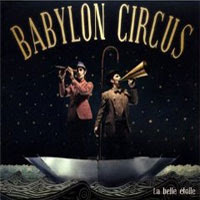 Unsurprisingly, Babylon Circus’s five albums are filled with anti-conservative messages, a subject David seems eager to discuss; “In France the government now are trying to make a law for everything, from women having to be covered from head to toe, to drinking and even what you can talk about in public, and to me that is just showing so little respect to people. I feel strongly that this must change, I mean there are more important things than what people wear and having some beers you know?” The singer continues, “We are too far from being in a position to start again, because people share this apathy but (the government) having so many ridiculous rules to try and control every aspect of people’s lives I don’t think should be just accepted.” In his opinion, I wonder if David feels his views are shared by many in France. “Well maybe 50/50, I mean President (Nicolas) Sarkozy was elected by half the population, so you can say at least half the people don’t share my views.” The band’s political content is not a ruling factor in the music, yet remains a constant reference. David explains he’s careful not to over indulge this side of his lyrics; “My songs are not so much to do with governments but with people. I believe in living unafraid and that also means not agreeing with certain laws, but more so I want to encourage people, my neighbours, to aim for a better life with no fear as well.”
lEIGh5