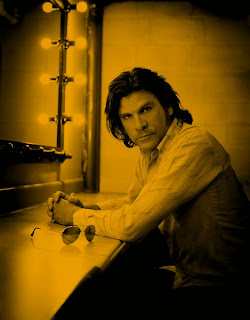 After almost 30 years mounting and humping the crap out of any musical genre he takes a fancy too, Tex Perkins is showing no signs of slowing down. Amidst a second run of his hugely popular Johnny Cash tribute shows, Tex has taken, by request, a sidestep into headlining an overdue solo career retrospective as part of the Between The Bays music festival. In recent years he has toured again with Beats Of Bourbon, The Cruel Sea and his Bumhead Orchestra project after long retirements for each group. This retro-reminder has Tex taking the chance for a quick plug;
“Add this to your pile of information on me, I am Sydney doing my Man In Black show at the Opera House and all are welcome.” It’s the week before Sydney’s annual Mardi Gras festival and Tex suddenly find’s himself faced with a potential clash of events. The word is, a renegade contingent of the Mardi Gras goers are planning a massive nude run at the Opera House; “I’ve got a matinee on Saturday so I’ll be there, what time is it?” He says non-plussed, “I do claim to be a nudist, generally in the privacy of my own home, but I doubt I’ll be able to resist getting involved in that somehow. I’m not ready to show it all now, but I’ve got a week to work on the body and if it’s a Mardi Gras event then I guess I’ll have a week to get gay as well.” He adds confidently, “I recon I could swing it too.” 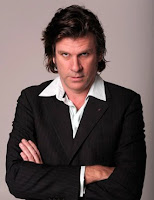 It’s already going that way, so cringing I do a Rove, and ask Tex who would the man would ‘turn’ for; “Oh, well I’ll give it some consideration and give you a proper answer.” Tex takes his time seriously considering his options, until finally; “The problem is there are too many people, there’s like a gathering at the door, a bottleneck if you like of potential suitors.” After more consideration Tex asks, “Does the person have to be gay all ready or can I just win them over with my pretend gayness?” At last he goes for a safe bet; “Kevin Rudd, in an S&M sort of thing with a rubber ball in his mouth.”

Pre-Man In Black success, Perkins confounded his fan base by releasing an unconventional covers set with no attention to quality or content. Tex says of project dubbed The Ladyboyz’ conception, “I’ve always been a bit of a cabaret clown or a karaoke tragic but in reality that was an exercise in fucking with the record company.” The Ladyboyz album No. 1’s and No 2’s included shoddy remakes of music’s mushiest ballads; “They (the label) had the stupidity to ask me to a covers album, that was their amazing marketing strategy for me and I thought ‘you fucking idiots, alright I’ll give you a fucking covers album’ and presented them with the Ladyboyz CD, making sure my contempt was prevalent in the offering.” 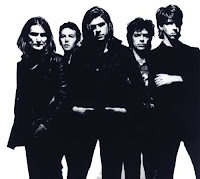 Putting a band together to help him see through even his ill-conceived ideas has never been an issue for Tex. With his many years of fronting various, unrelated bands in mind I ask Tex his secret to keeping musical partnerships alive; “Some you can’t maintain, because they’re not healthy relationships, but in most cases I‘ve been lucky.” He reveals, “Bands like The Cruel Sea and even the Beasts, we have enough distance and we’re not together all of the time so you’re not down each other’s throats, or up each other’s arses too much.” He grins, “As for the Beasts Of Bourbon the only reason we weren’t the biggest band in the world,” laughter, “was because of my lack of commitment to the task, and that’s just how I operate.” 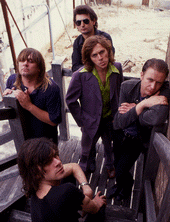 Mornington Peninsula’s Between the Bays festival is into its fifth successful year, as headliner Tex reveals his slot is likely to be a best of affair, with a twist; “I’m doing my solo career retrospective with my current band who are known as Black Cattle Dog. It is however reaching the end of it’s guise as a retrospective because I have just been writing a shit load of songs.” The ‘shit load’ reference is a theme Tex runs with; “I’m just taking the pile I got already and heaping another pile of shit songs onto that and seeing what happens. I might even take a couple out for run around the block at the Between The Bays thing which is something I don’t normally do, because let’s face it, nobody’s beating down my door for it, but fuck them I’m gonna do it anyway. “He says, amused, “I haven’t had an exclusive debut, an inaugural of a new song for a long time, so let’s talk it up.” On that note, our time runs out. I offer Tex my best wishes for his new material and the upcoming headline slot at Between The Bays. He retorts; “Ah who cares.” 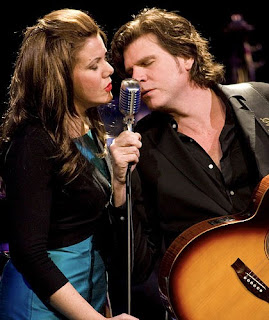