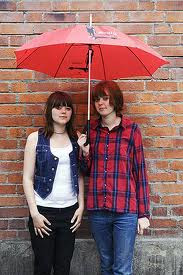 With a family in full support of their career and an endorsement from Fever Ray's Karin, Stockholm's First Aid Kit are primed to break-through - minus the hype usually reserved for adolescent musical acts. Sisters Klara and Johanna Soderberg after learning the basics of music from their manager father, developed their own somber anti-folk catalogue. One viral video and an EP (Drunken Trees) in the bag, along with comparisons to Coco Rosie pointed sharply towards a very bright future.

Following their debut album - The Big Black & The Blue – global tour plans, including Australia, were underway. Exciting yes, but elder sister by two years Johanna's just happy to be anywhere outside of Europe. "I haven't heard anything about Australia so I'm excited to check it out." Johanna beams, "We just did a tour of the US and although we played to a lot of people who didn't know us, it went really well. I think they loved it more than European audiences in fact." Johanna exclaims, "European's are a lot more reserved and so it is harder to know if they are really into you." She claims, "But the US was the best, man. We're kind of obsessed with American culture and to play there was a dream come true. But who knows maybe when we come to Australia we will get obsessed with that and it will be even better than America." 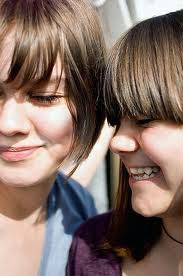 Before 2007's debut EP, the sisters had long been practicing harmonies for fun resulting in an eerie a-likeness to their voices. "We'd go round the house singing together all the time, so I suppose subconsciously we have adapted to each others voices." Johanna offers. "Klara started writing the songs, but I would do harmonies with her and work out the melodies and that's how we always write now." Initially First Aid Kit's exposure was entirely internet-based and following a filmed performance of Fleet Foxes' Tiger Mountain Peasant Song. "After that, we put some demos up on MySpace, and a lot of offers started coming through from record labels wanting to sign us."
Karin Dreijer-Andersson (The Knife/Fever Ray), made contact with the girls through their mother who met while dropping their respective kids off at school. Karin's own label Rabid soon became First Aid Kit's home. "We were big fans of Karin's work so it was a really big deal for us when she asked us to be on her label." Johanna explains, "She let us do everything the way we wanted to, and I don't think any other label would allow new acts like us have complete control over our music. Also Karin gave us a lot of advice on the business side of it, because we were being offered a lot of deals. She's become our mentor and role model over the last couple of years because she does everything on her own terms and is a very strong woman." 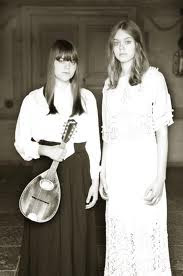 Along with Karin, Klara and Johanna's immediate family have taken an active role in helping the girls maintain their burgeoning music career. "Our father comes on tour with us as a tour manager and sound engineer, our mother works from home answering e-mails that kind of thing. Plus our brother, whose six years old, plays drums but he's only learning so he won't be touring with us obviously," she laughs. So everyone in my family is really involved with First Aid Kit, and we wouldn't be where we are without their support."

The delicate music First Aid Kit play points toward a harmonious union, perhaps unlike many siblings share and Johanna's keen to enforce there's no cattiness with these sisters. "We never fight at all really because I think we kind of see things the same way." She confirms. "Maybe we might disagree over songs or songwriting - sometimes if we don't know where the songs are going, we might fight about what direction to take them in, you know, but we get along fine generally coz I think we trust each others judgment." 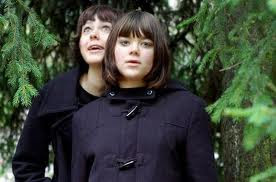