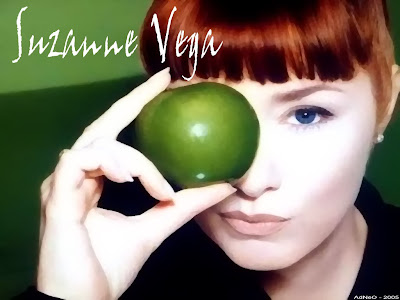 New York native Suzanne Vega, after 26 years of capturing the gritty tales of her city across seven albums, has re-emerged with a series of acoustic offerings of familiar stories. The four planned releases (two of which are completed) revisit Vega's character-driven narratives carefully catalogued into four overall themes; Love Songs, People & Places, States Of Being and Songs Of Family. Drawing music from her debut self-titled album right through to 2007's Beauty & Crime, Vega's turn away from simply releasing studio-polished tunes follows years of on-tour re-shaping of her hits including; Marlene On The Wall, Luka and Tom's Diner. 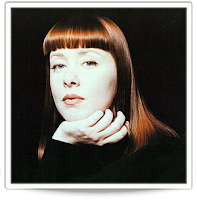 The project follows her divorce from producer, Mitchell Froom, who's two Vega albums where her heaviest in terms of layered noise. Could this 'unplugging' be seen as Suzanne reclaiming her songs from stifling production? Vega – the straight-talking New Yorker – is pragmatic in her response.  "No, this is just how I've been performing a lot of these songs live for a long time now, so it feels right to actually get them recorded in that way." The first two volumes capture love and witness songs, with the "darker stuff" to come on volumes three and four. "Blood Makes Noise and songs of that ilk will be on the next volume." Vega assures. As for what prompts Vega to get as dark, as she does on Blood Makes Noise – a song that recounts the imagined agony of a hypochondriac, she offers. "Well I've always thought, Suzanne, you've gotta have a Morrissey song you know!" She laughs. 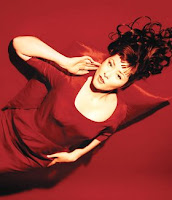 A lot of fans where introduced to Vega's music through her break-through single, Luka. Many will recall the storyteller warming to an abused child living in her apartment building, and note the beginning of a run of frequently confronting tales from the singer. Its Vega's fascinations with these less flattering sides to human nature have perhaps kept her out of the mainstream. "Oh I know that's the truth." She smiles, "Certain subjects just make people uncomfortable, I know but the song writers I've always loved are the ones who can go really dark. Leonard Cohen, Lou Reed, Bob Dylan – those guys go dark as anyone could want." Suzanne explains, "I try and write about what I want to hear, and if you're trying to cover the full spectrum of human experiences, you can't just ignore what's uncomfortable, it makes no sense to me." 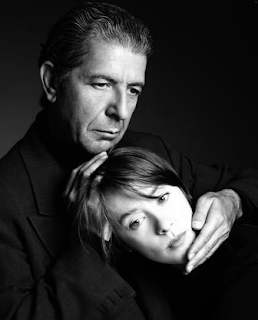 "But you know, I kind of set the (re-interpretations series) albums apart for that reason." She continues. "You've got the love songs one because sometimes you just wanna hear that. You don't wanna know about blood and all that other stuff." She laughs, "But then a song like Caramel, which is a pretty straight forward love song, still gets a lot of different reactions from people." Caramel is doubtlessly a love song, but also one packed with warnings. It describes love as an addiction, and one the author is willing to overlook any bad effects from. Suzanne continues. "I'm a pretty fearless person, I'll tackle anything in a song, and that means confronting myself and being honest about what my own experiences have taught me. I'm not saying everything is about me, in fact a lot of what I write, as you've pointed out, is in the third person. I get other journalists saying, 'you're songs are always so personal, why is that?', so you've picked up on the other side of my writing." She informs me, "The truth is I switch back and forth, which I think comes from when I was younger, I liked the idea of pretending to be other people." Suzanne adds, "I've always disliked the more confessional songs, so I struggle to stay within my own headspace when I'm telling these stories." Suzanne allows herself a quick name-drop to illustrate her point. "I had the opportunity to sit with Leonard Cohen and have breakfast with him, and I remember saying to him, 'you tell the truth in your songs, how do you bare your soul so easily?' and he told me 'you tell the truth, you lie, or you do whatever you have to do to make the song work.'" Vega laughs at the memory. "Of course, he was right. Pretending to be someone else is a lie, but sometimes it's practically the only way I can write. I, as a songwriter have to be the journalist, the censor, or the book and other times I can just be me." 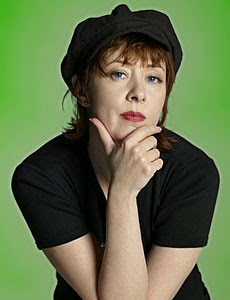 Leonard Cohen makes it sound so easy, but Vega knows he's a tireless slave to his work. "Oh brother, and he wrestles for ages over one or two lines, but that's what makes him so good at his craft." She adds. "I get that struggle too you know, I think that's why my career has lasted so long, because I spend years trying to finish songs." The pending second volume of Vega's re-interpretations CDs – People & Places features a new rendering of her classic 'being-someone-else' tale, Tom's Diner. Aside from earning her legions of fans on its release, the a-capella poem also made the establishment of the same name an icon of New York City. Seinfeld fans will have seen the diner in just about every episode of the program, as it's where the characters always met for lunch and hatched their bizarre schemes. "People used to come from all over and go there because of my song initially, but then Seinfeld kinda made it doubly famous." Suzanne laughs, "I don't know if anyone really thinks of it as 'Tom's Diner' anymore because they changed its name for the show, but for a time at least I can say I put it on the map."