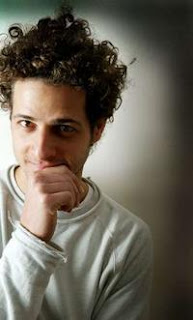 COMING OUT OF THE DARK

Sydney artist Lior's move to Melbourne last year and 12 month stint spent re-tailoring his song-writer's suit have resulted a glorious third album, Tumbling Into The Dawn. He's reconnected with his band following his hugely popular solo Shadows & Light tour, and is set to take his new - still proudly independent - set to the masses.
Lior's well rested now that his 'brand' has legs and work means more music-making than publicity. His debut album Autumn Flow and follow-up Corner Of An Endless Road won him global praise, and his latest offering is set to continue that seamless record. Perhaps a less grueling schedule is the reason, but a blossoming optimism is undeniably present on Tumbling Towards The Dawn. Lior describes. "I think there was quite a bit of melancholy about the last album, but I'd say this one's pretty bitter-sweet rather than being overly optimistic. A lot of my songs are about everyday struggle, but I think this album is more direct and less about mood. I wanted to make the songs jump out and speak for themselves rather than hide their emotions." Making album number three, Lior claims he felt a green-light to 'take it easy'.

"You know, this is my third album, so it was time to try new things and there was a feeling of 'okay, I don't have to prove myself anymore – I've gotten past the second album test'. I know a lot more about the recording process, I've become a better songwriter over the years and I allowed myself to have that bit extra confidence this time around." He continues. "Also I guess the first two albums were made during a pretty manic five years, so at the end of the last tour I kind of took a load of time off and tried to challenge myself as a song writer again, and the result of that is an album that moves around quite a bit more I think." Lior took his rest seriously before decided on where to go on album number three. He continues. "I isolated myself as much as possible because I've discovered it takes my mind about two days to fully switch into a creative zone." He explains, "In terms of why the album jumps around stylistically, I was really just trying to avoid repeating myself too much." For this album, Lior's new approach brought with it a few changes in behaviour behind the scenes. He describes. "I wrote most of the album on piano, whereas I'd always used my guitar in the past, so that really forced me to make everything I was writing have a stronger melody. Guitar lets you have a lot more subtlety, and I wanted to get away from that sort of, smaller sound." 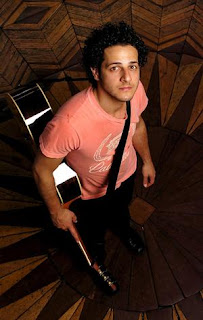 Lior's songs, This Old Love, Daniel and I'll Forget You have become his signature tunes over time. Their common thread is memorable simplicity with the slightest of musical backing, in the vein of Damien Rice. He makes the point. "I identify as a singer mostly - that's my main instrument, along with song-writing, but I'm a musician lastly because I'm much more confident singing and writing than playing anything." He laughs. "I much prefer to surround myself with musicians who can play their instruments well rather than trying to do everything myself, because that frees me up to just be a vocalist which is what I enjoy most." He adds. "What always drew me to music was the art of song writing. I spend most of my time on lyrics and really only play guitar or piano to build the basic track around what I'm writing." He continues. "It's an obsession for me to write, but I think it has to be if you want to get better at it." What often resonates with Lior's fans are his clearly defined stories of the relatable moments that make up life. When I point out to him, he never allows himself to get 'too morose' or too 'celebratory' he responds. "I think it's a reflection of my personality, the whole yin and yang thing resonates a lot with me. It wouldn't feel right to do a completely dark record or a sickly sweet one." He says. "When I started singing and playing guitar, I automatically had this fantasy world unfold before me and I could make any situation happen in a song, and always thought it's too easy to just go with extremes, like all bleak or all joyful – life just isn't like that." 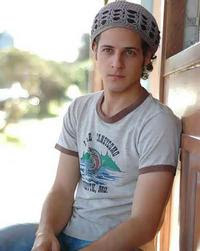 It's notable that Lior, despite his rapid rise to fame was never pushed by a label. In fact he readily admits that he 'made it up as he went along', and only in hindsight realises his obscene good luck. "I wasn't the savviest bloke growing up, I never knew at all how to go about making a career in music. It was only much later when I wanted to get my first album that I realised I was just going to have to learn to do it myself." He adds. "Offers to sign to labels came in pretty quick once I was featured on Triple J and that, but the appeal was lost on me because I already a profile and people turning up to my shows, so I couldn't see what they could offer me that I didn't already have, except for maybe a big budget video featuring me being fired out of a cannon." He laughs. "Having said that, being fired out of a cannon is still one of my main goals."

Last year, Lior embellished his live shows with a shadow-play performance designed by artists Stephen Mushin and Anna Parry. Visual representations of his songs were created on a grand scale for the Shadows & Light tour. But does the project have a future? "I kind of feel like moving onto something else now, but there is talk of doing a tour with some of the orchestras next year and if that happens, I'd be inclined to get that happening again." He continues a little non-plussed. "Although having a visual side to the concerts is great and everything, but I'm not really fussed about laser lights and explosions to be honest. I think that can be seen as an insecurity, like saying the music's not good enough to stand on its own, and I better have something else happening to keep people's attention." 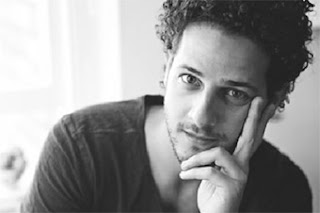