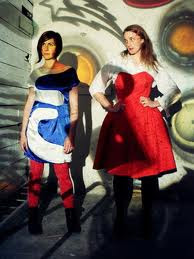 Percussionist Gray Taylor and singer/keyboardist Louise Terry formed Flying Scribble as a vehicle for the Melbourne based girls' love of make-it-up-as-you-go music. The emphasis is on happy accidents, atmosphere and mood created through mixing ethereal singing with clatter-percussion. Their signature move is to take the bare basics and push it as far as their 'no rules' approach will go, which leads to engaging and surprising melodies fighting for supremacy against some wicked crunching beats.
Today as the girls are driving back from Adelaide, a not-very-shy Gray Taylor shares a peak into the world of Flying Scribble starting with their perfect long-drive soundtrack. "All we've been listening to is '50s and '60s do-wop ladies as we're pinging along the highway." She laughs. "Listening to that music is just like going to a different time and place." Off the road, it's clear this duo is feasting on some much wilder fruits if their debut album – We Are Chameleon - is any indication.  "I listen mostly to programmed beats and vocal stuff, but Louise and I have really broad tastes." Gray asserts. "But I don't think our music is really any reflection of what we listen to. It's far too weird!" 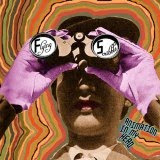 Louise and Gray have thrown out the book on how bands usually operate. Trialling bizarre recording techniques and often employing a first-take approach is Flying Scribble's ideal way to create. "Sometimes Louise and I don't see each other for weeks." Gray continues. "It's kind of like we're both enrolled in our own universities and we just meet up to swap ideas, so we're really free to explore our individual contributions to the music." For the sessions that produced We Are Chameleon, intent on getting her drum sound right, Gray explains she even put the dog out of its home in an effort to find the right result. "I use an electronic drum kit, which has this very clean sound, so I needed something to offset that." She adds. "I got these old tweeters and isolated them in the dog kennel with an amp, and covered them in a blanket to get that crunchy, rougher sound you hear in our album." The question is if the tweeters went in the kennel… where did the woofers go? "The woofers went into the elevator shaft at my warehouse actually." Gray confirms, "You can kind of hear the bass-y sound I recorded in there way down in the mix, but I fried the amplifier in the end, so it wasn't a complete success." 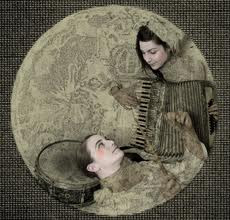 The process of creation it seems is equal too, or even more important than the result for Gray. "I think there is an organic hap-hazardness in our sound that isn't forced or faked because sometimes I just go fuck it, I'm not doing it again – the first take will have to do, I don't care if it's not perfect or whatever." She exclaims. "The world needs more imperfections because you know everyone's obsessed with photoshopped finishes." Gray's words are misleading in that the work is by no means sloppy. In fact, her fascination with discovery and passion for her instrument is far from lazy. "I've got a collection of really beautiful old drums ranging from the '20s to the '40s. My favourite snare drum's called a Radio King which dates back to 1940 – I call him grandpa." Gray laughs, "He (grandpa) really taught me how to ride a horse. I got him and was like, oh I have a cool drum now, and then I hit him and he went 'is that all you got?'… I had to really work hard for him."

The mixing on Flying Scribble's debut album was done by Cornel Wilczek – who's better known as Qua. Gray describes why he was the right man for the task. "He was perfect for us as a producer because he comes from that same world of organic/electronic experimentation." She adds. "I actually played drums on his record, but how we met was I jumped on stage with him at a party two years ago and I said; I'm usually pretty monogamous, but if you ask nicely I'll play drums with you." She laughs. "He was really into the idea and before I knew it I had volunteered."

The band can take or leave elaborate stage presentation; "We're really lucky because Flying Scribble is kind of daydream music where you get to make your own mind films while we make the soundtrack." Gray claims. However the album launch is billed as an audio/visual spectacle. True to form though, Gray is happiest not knowing what to expect herself. "This tour coming up will be the first time we have attempted to co-ordinate our music with live visuals, so have no idea how that will go." She adds. "We are having a lady improvise lights and projections and that sort of thing while we play, but I like to keep myself in the dark about it so that when it happens I'm surprised by it." She grins, adding. "Everything's more fun when it's unexpected I think."