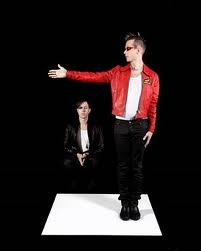 When independent dance group, Grafton Primary can claim European festivals and Columbian rave parties as 'all in a days work', you know they must be onto something special indeed. Such is life for Sydney brothers, Ben and Josh Garden, since their debut album Eon excelled their highest expectations for global acceptance. Back home, they didn't fair badly either in finding a receptive audience for their formula of science-meets-electro anthems. As their much anticipated sophomore album takes shape and they prepare to launch a brand new single, The Eagle, Elder brother and singer Josh fresh off the plane from South America, sees his band's international acclaim as being down to their difference from what's already on offer.
"Anyone who asks you to do shows overseas, you do it because it's such a different dynamic playing to those audiences." He assures me, "To them, we're obviously an international act and that means you get treated a lot differently… with more respect I guess because in a way we're exotic to them. Fans tend to be more open minded because they don't get the chance to see you every other weekend, so it's a whole other experience than playing in Australia." 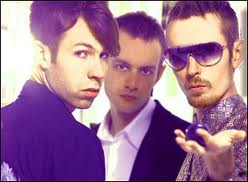 Grafton Primary's debut album, Eon was for Josh a realisation his interests as a song-writer were outside of the genre's typically throw-away lyrics. It's something he still finds difficult to compromising on. "I'm constantly at war with myself because – on one level you hear this inane dance music that doesn't really say very much - however the track sounds amazing and works well. That sometimes makes me want to switch of the part of myself that tries to inject some intellect or depth into our music. I would love to just make party songs, but I can't seem to do that. I see it as a failing of mine that I over analyse when I write." He concedes, "The unifying factor should in some ways be just the music itself, but I still can't help getting caught up in writing about things like, where we fit into the cosmos and what are the universal elements to the human experience. I probably just wouldn't be satisfied making party bangers, is the short answer." Despite this, given the chance to make a four-on-the-floor rave record outside of Grafton', Josh is certain he could wing it.

"It'd have to be on a crappy 12 track, with air-raid sirens, and a robot voice going 'DESTROY!', I can imagine exactly what it would sound like, but I haven't got the time to put the effort into making it. That along with my as yet un-named hip hop project will have to wait until I have more time." He laughs, "I might do Grafton' until I'm 40, and then I'll launch my hip hop career, though at that age it would have to be the dopest hip hop record ever or otherwise people would just think it was a joke!" The free-time he seems in need of looks to be slipping away. Josh, recently married, is now the proud dad of a six-month-old girl named River, and when asked how his life has changed following Eon's success, River's addition to his world is naturally the first response. But Josh felt his band's future was also secured that little bit more.

"It has meant that we can stay independent and keep producing our own work, and although it wasn't a platinum album, it did have a long life in that it steadily sold well and allowed us to feel secure about keeping the band going." The next step in Grafton Primary's future certainty is the latest release, The Eagle from their as-yet un-named second album. Josh describes, "I think you could compare it (The Eagle) to one of our earlier songs, Relativity, which had these big rocking verses but quite a paired back chorus." He offers. "We wrote the songs for the next album in clumps, and The Eagle is one of a bunch of songs that have that synth-riffing style - which we'd also used a bit on Eon - but we have developed a harder edge since then I think. The other type of Grafton Primary song is the more expansive, slower sound and I think we've got a better mix of the two on this next record." The half completed follow-up to Eon, Josh claims, avoids retreading too much familiar ground.

"I would say we have a bit less diversity on this album, and made something a little more focused. I liked all of the songs on Eon, but if I would make one criticism, it's that there are too many styles on there. It was our first album, so it was kind of fun to make it really diverse because always knew we would have room to grow, but we thought it'd be more a challenge to make something with an overarching emotion to it this time." As a live band, Grafton Primary added only a drummer to flesh the songs out, but since their last visit to Melbourne, a third, full time member has entered the fold, while an old one bowed out. 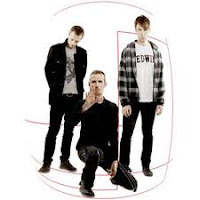 "We have for the first time recorded in the studio with our new live drummer, Jarrod." Josh confirms, "On all our previous recordings Ben and I used only programmed drums, but Jarrod's been going into the studio with Ben quite a lot recently and hitting things." He smiles. "It's great because Ben and I saw ourselves as a duo really, and our old drummer Robbie only ever played live shows with us, and as much as we totally loved working with Robbie, he didn't really have a personal investment in the band, were as Jarrod is more like a full-time third member now." Before heading back into the studio to tweak what promises to be a fierce new album, I ask Josh to share a music-hero-meeting story. He's knotched up enough overseas festival appearances alongside dance music's mega-stars, but most impressed was Garden by a certain silly hat-wearing funkster.

"I'm a huge Jamiroquai fan, and I got to see them play at this festival in Bogatar, anyway, I later saw Jay Kay at the airport." Josh gushes, "While the other guys were doing their duty free shopping, I remember he was just standing there in this blue velvet hat, so I caught his eye and gave him a smile and tipped like an invisible hat to him, and he reciprocated with a wink and tipped his real hat back at me." He exclaims, "We didn't say anything to each other, but to me it was a perfect moment. It was exactly how I dreamt my meeting with him would go." 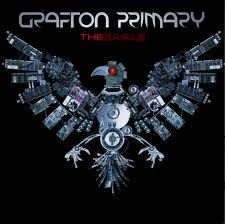