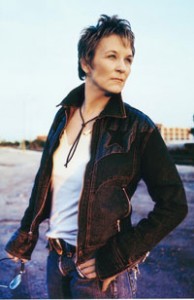 COWGIRL 'GETS' THE BLUES

American singer/songwriter Mary Gauthier, was quite literally born to play the blues. She no sooner dropped into the world, than she was dropped off at the local orphanage beginning a life long search for her birth mother. Along the way she fell hard and frequently into trouble situations before finally realising her salvation lay in music. A late starter, Mary didn't pick up a guitar until the age of 35 and has only this year - at age 48 - released her definitive work; sixth album The Foundling. The search for her origins sparked the concept of the album that would bring Gauthier a worldwide, empathetic audience, and ultimately two Australian tours in less than a year.

Mary's challenging, personal songs coupled with a self-depreciative earthy sense of humour have earned her great affection from Australian audiences. She easily appeals to the country, blues and singer/songwriter crowds, yet it's a lesser represented sector of society that Mary's talking to on her current album; those given up for adoption at birth and who live with a sense of abandonment. As to why Mary has made 'the album she was born to make' at this stage in her life, she remarks, "I had to dig down deep to really find out why I am who I am. That is a big question as a human being to face, and as a songwriter I had to work through a lot of layers to get good enough to put that into a song. A young me couldn't have written his album, no way." A second Australian tour this year for the album is underway following a fanatical response locally. Mary discusses. "I've found Australian audiences are willing to listen to the words, and as a storyteller that's really all I have to offer. It's an old fashioned concept I know," she laughs, "but it's meant a lot to me that people from all over the world are willing to come along on the ride with me." 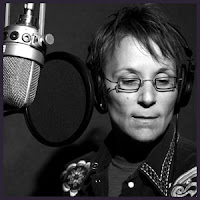 The Foundling builds on a tradition of strictly autobiographical works for Mary. She reasons. "I'm pretty sure most songwriters are autobiographical, and probably most autobiography is fiction." She claims, "There's an overlap in there, but we're pulling from all kinds of places when we write." Mary's goal wasn't to have a music career. She basically stumbled into it at the age of 35 following an arrest for drink driving – not her first brush with the law. Once the singer started to write, she realised her life had provided enough colourful situations to draw from and was it turned out, hardly lost for words. Tales of share-housing with a group of alcoholic drag-queens, detox programs and eloping with strippers all found their way into Mary's songbook. "Gee, I'm glad I did all that stuff – it's a good story isn't it?" She laughs, "If you wanna be a story teller, you gotta have some good material and I sure had enough of that." Gauthier is often good humoured in the face of her life's past trials, but time has never fully closed the wound she bears from not knowing why she was abandoned. The Foundling reveals her heart-break at discovering she was an unwanted child and, Mary believes, there are some things fundamental to quality of life. 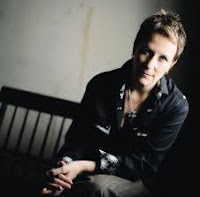 "Well you gotta make sense of where you've come from to know where you're going otherwise you end up just going in circles." Having the strength of character to write so personally about her own life, Gauthier acknowledges her rough beginnings did have the unforseen benefit of building the tough cookie she is today. "If I shied away from talking about my own experience with abandonment, I think I would be a weaker individual." She reasons, "I'm the perfect ambassador to speak openly about these things because my experiences make me an authority on it." In her effort to capture the right mood for The Foundling, The Cowboy Junkies' Michael Timmins was Mary's only choice for producer, especially once she discovered in him a surprise parallel to her own story. 「I found out Michael had an intimate experience of adoption as he has two adopted children of his own which made him a perfect foil for my story." She smiles, "Plus they (Cowboy Junkies) are such a great band. I love that warm, sort of gothic country style they have going on and I always knew that's what I wanted The Foundling to sound like."

As a songwriter, Mary has been compared to the great Woody Guthrie for her natural gift of the craft, in spite of her relatively late start in music. The wisdom that comes with age however became her teacher. "I had to grow into being a songwriter, because I realised I had to be a certain type of person to be able to write songs." She explains, "Nobody starts out good - you start at the beginning and hope that you'll have what it takes to get up on a stage and perform a show." Mary concludes, "It took me a number of years to learn that you can be vulnerable and still have confidence. Yeah, I started relatively late in life but then again I have been playing for 15 years now and I feel this is exactly what I was always supposed to do with my life only I had to go the long way and get there in my own time."
lEIGh5 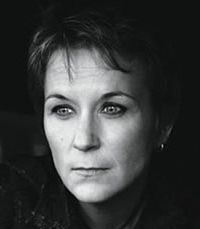