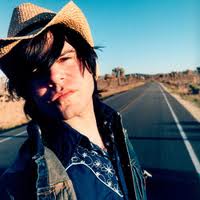 Manchester chameleons, The Charlatans new album, Who We Touch is sure to please any fan who's happily given up trying to predict what to expect from this band. Soul, shoegaze, low-rent glam albums followed one another – with only the certainty of their signature organ to cling to – and not so much as one clichéd "Madchester" record to their name. Now two decades old, the band present yet another new version of themselves on album number eleven, while by contrast, singer Tim Burgess is all age-less, grounded consistency - which may stem from. his frozen-in-time circa '89 haircut.

Burgess's child-like charm underpins our talk today, which begins with the topic of his band's second Australian visit in just over a year. "It took us 15 years to come and see you guys, so we felt we had some catching up to do." He offers. Recently, following his heart, Tim relocated to Los Angeles after marrying his American girlfriend, but I wonder, could his band be offered enough local support to prompt an increased US-based push? "Well we always feel like we have to kind of start again with each record, but we do have a loyal fanbase there, but we don't get national radio play or anything like that. We actually toured America first for this album, and the crowds are a modest size, yeah but I am pleased with how we've been received here for sure." His anonymity/lack of in LA becomes a talking point as Tim describes his apparent knack for attracting lookers. "If I was a weaker character, I think I'd be quite horribly paranoid by now," he quips, "I tend to get a lot of people in LA just staring at me, and I don't know if it's because they think they've seen me somewhere before or, my hair's a bit weird, but I've kind of gotten used to it now, which is quite funny in a way." 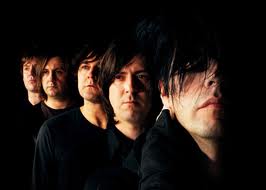 This year is the 20th anniversary since The Charlatans shoe-gazey debut album, Some Friendly, was released. Such a landmark can't go unheralded, so a don't-look-back style series of show was deemed the best way to celebrate, ahead of the rapidly developing new album. "We did a small tour playing our entire debut album at the start of this year to kind of celebrate our little foray into the music world, and ended up extending those dates because, surprisingly a lot of people actually wanted it," he laughs, "but then it was like, okay that's enough celebrating, let's get on with the next record." The Charlatans have not only outlasted many of their Manchester peers, but seem equally as productive now as they were in their younger days. The scene that delivered many big-talking but short lived sequined thugs, spat up Tim Burgess - the archetypal alternative rock star - who uncharacteristically never seemed in fear of the party's end. This was to be his band's greatest strength. He continues, "I feel as fresh now as I did the day we started, and people are surprised by this, but making music has kept me young." Tim adds, "There have been times in those 20 years when it wasn't so amazing, but I'm doing what I love so what else can compare, you know?" 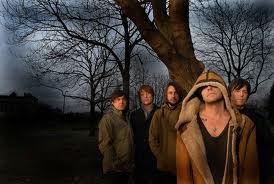 Tim, it becomes apparent, is much more at ease discussing the new material than further revisiting his band's history. Sonically they are now of little resemblance to The Charlatans of 1990, but that's not to say Burgess has been totally washing his hands of the past. In fact, Who We Touch sees Tim going back to his childhood through an invitation extended to punk royalty - Penny Rimbaud of Crass – to contribute to the album. "I didn't know what he would do, or if it would work out, but in the end he gave us this amazing poem." The spoken word track, I Sing The Body Eclectic, evokes images of some blustering, hack dramatic actor in his mock death-throws while the band adds a convincing '70s prog-rock backing. It's as though they've suddenly morphed into King Crimson or Electric Light Orchestra, but it's impossible to tell if this is a piss-take or brilliantly executed prose. Tim, keeping quiet on that particular truth, recalls the seed of his and Rimbaud's long journey to a surprisingly fitting collaboration. 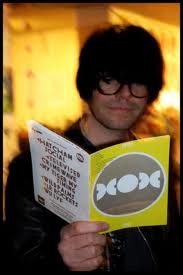 "I can remember clearly being 13 years old and there was quite a buzz about Crass coming to our town, but instead of just doing the major pubs they turned up and played in our local scout hall to a bunch of kids", he exclaims, "I was there with my sort of post-scouts thing they called Adventurers, jumping around at my first ever gig which just happened to be Crass." As he shares his memory, the 13 year old Tim Burgess momentarily re-appears. He continues, excitably. "When I met Penny again late last year, I told him about this gig I'd seen them play and he remembered it because he said it was the coolest concert they'd done on that tour. The night after it, he'd played in a pub to these like, jaded punks, but he remembered us kids because we were just going mental and doing the can-can, totally uninhibited as we were."

Tim's own inner punk has never been fully realised on a Charlatans record, but in 2008 he sent a clear message to record labels in true rebel spirit. You Cross My Path, the bands tenth album, was given away free through a London radio station in a UK first. Tim discusses. "It was a bit of an anarchistic statement by us, I mean we knew before it was even finished it would be available for free, so that ended up shaping the style of music quite a bit. I wanted it to be a kind of northern, post-modern punk record, and so the decision to give it away kind of tied into the whole punk sentiment." While You Cross My Path allowed The Charlatans to further challenge themselves musically, Who We Touch, demonstrates a sizeable shift in Burgess's singing. The tracks My Foolish Pride and Intimacy will sound foreign to even long-term fans. Tim's rare in that he's a still developing flexibility as a vocalist, 20 years on. He responds. "Well on our album Wonderland, I decided to sing everything in falsetto because musically it was quite macho and bass-y, but on this album I wanted to add a kind of David Bowie crooning vibe to it." Tim adds, "So basically whenever I alter my singing on our records, it's usually just down to how either macho or how feminine I feel the music sounds." 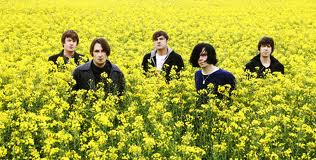