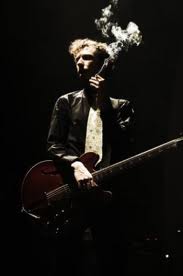 In theory, the two vastly different worlds of Brian Jonestown Massacre and The Church coming together sounds like a cross-species union, doomed to produce some pretty twisted offspring. However at the centre of those two bands, are kindred artists – Steve Kilbey, The Church's enigmatic front-man and Brian Jonestown Massacre's free spirited guitarist cum-multi-instrumentalist, Ricky Maymi, who had long admired each other from across the room. Now following many years of cris-crossing, their paths inevitably have lead to a musical pairing.
San Francisco-born Maymi is now a full-term Australian citizen, and has wasted no time in familiarising himself with quite a few of our greatest bands and artists. Ahead of a debut recording and his second live stint with Kilbey - which ran out of excuses to call itself a solo tour long ago – Maymi explains his and Steve's odd "working titles" for the tour, and debut album. "Well we're touring as The Holy Duo, but that tag was kind of bestowed upon us, in a way. Mr Richard Lane from The Stems actually booked our first shows out here in Perth and it was something he just casually put on the poster – 'The Holy Duo: Featuring Steve Kilbey & Ricky Maymi' and it's kinda stuck now."

The fruits of your first recording with Steve are completed and due out next year, what can you tell me about this work? "Not very much, except that it's being released under the name 'David Neil' It's all a bit mysterious isn't it… It's like David Bowie meets Neil Young, right?"

Why did you decide to call Australia home, and more to the point, why Perth? "Well I've got all sorts of things going on over here; I got a little boy and my missus, as well as colleagues and collaborators. Perth wasn't my first choice, but my wife is from round here and we have a baby plus I do a lot of traveling around the stupid fucking world all year long, so it's nice to for her to have family close by while off being an idiot rock star with all my mates." 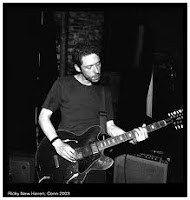 You've played in The Wild Swans, The Black Ryder, Glenn "Underground Lovers" Bennie's band GB3, and The Church as well as Brian Jonestown Massacre. How did you end up in so many groups? "Quite simply, I have a hard time saying no to anybody. That's all! If I don't really wanna do something I'll just avoid being in a position where I might be asked."

What have you 'been in a position' to say no to? "Well, I'm not getting too specific, but at the same time, I will say some of the best collaborations have come right out of left-field. You never know what someone's really like until you make music with them, in many cases. So people are welcome to ask away."

Your friendship with Steve Kilbey is much older than the musical union. (Steve and Ricky have been playing together on and off for around 3 years) Did you find you could no longer resist Steve's charms? "Kind of how it started was, I performed as a member of The Church when they toured with the Divinyls just before those Triffids tribute gigs happened in late 2007, and the following year, Steve and I were actually playing together in the Triffids. I have a knack for being in the right place at the right time, it seems. Working with on Steve's solo record was actually more a kind of serendipitous action, or extension of our friendship."

Brian Jonestown Massacre seems so far removed from these 'classic Aussie bands', where did your interest in Australian music come from? "I've been a lover of Australian pop bands for a long time, particularly from that golden era of music known as the '80s. There was some fertile talent coming across the water from Australia and some of us in America were paying attention."
Can you tell me about the first time you encountered Steve and his music? "I was probably 13 years old and Echo & The Bunnymen were rollin' through San Francisco with The Church as the support act, that was the first time I became aware of them. Then a few years later Steve did one of his solo shows – a very rare thing to see in America – I was still too young to get into the gig, so I got to the venue early and hid in a broom closet. I ended up meeting Steve and the closet door swung open on what would eventually be an ongoing friendship. Every couple of years, they'd come back to America, and I was still just a fan, but I was strangely drawn to them as individuals and they are kind of the reason I found myself in Australia. One of my old bands, Mellow Drunk, supported The Church in San Francisco and when Brian Jonestown Massacre took off and we were booked to play in Australia, Steve was like, 'come and hang out, I'll show guys you around…' so since then it's been pretty consistent.
Did Steve see a 'kindred band' in BJM? "Oh definitely, I mean him an Anton (Newcombe) had this long two-and-a-half hour interview with each other for Anton's new internet TV show. I think there's big mutual respect there with those two."

Comparatively speaking, what's the main difference in doing Brian Jonestown Massacre to doing The Holy Duo? "It's pretty similar in a lot of ways to be honest, they're (Steve and Anton) are both very talented driven people with a clear idea of what they want to do. Also they both seem to have an inherent trust in my ability to be able to appreciate where they're coming from. I guess they feel I'm a good ally to have around." 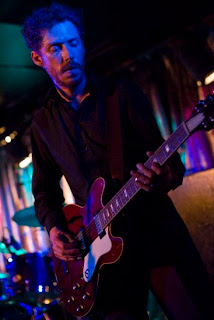 Your musical contribution to The Holy Duo, has a lot more room to breathe than in Brian Jonestown Massacre's psychedelic wash of noise. Did that hold a great appeal to you as a guitarist? "In the studio making the "David Neil" record yes, I think there was a more even ground, but at the same time I felt a sense of duty to Steve to render the songs faithfully, so my playing on this record is just fleshing out his ideas really."

Will you be using a full band in the live shows, or is a more stripped back affair planned? "It's going to be very organic, but we will have a four piece band which will including bassist Adrian Hoffman who has band called The Morning Night, who's record I just produced and, funnily enough, his father Shaun Hoffman will be our drummer. Adrian was never a bass player before joining Steve and I, he was a singer/songwriter, so it was nice to have a kind of fresh perspective instead of some guy who'd been hanging around playing bass in bands for years."

You're also a bit of multi-instrumentalist, I hear.  "I've been called that yeah. I'll play anything, drums, guitar, bass, kazoo, the spoons, it's never quiet around my place let me tell you. It's fun though, I never, ever get bored. That's why I play in so many bands, I get a kick out of amassing information that comes from these experiences. I'm learning, self educating and imparting a bit of knowledge along the way."
lEIGh5 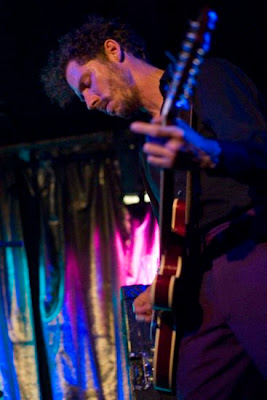