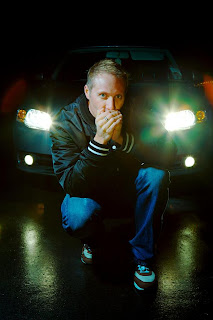 Brighton based DJ Martin Reeves (a.ka. Krafty Kuts) is shirking the rapidly approaching British winter in true style as he launches his biggest Australian and New Zealand tour ever. Bringing his celebrated DJ sets to no-less than sixteen towns and cities - with the ulterior motive of larking about in the sun – the Bass Phenomenon himself enthuses down the phone from his first stop over in Cairns on all things he loves - and a few he's petrified of - about Australia.

"I know not many DJs come up here, it's a shame really, because when you play these smaller towns people go right off where as in your big cities, they can kind of get used to you and go 'oh yeah, seen him' but when you get out of the capitals you get this whole other vibe because the fans don't get the same opportunities to see many acts." He adds, "I'm playing Byron Bay and Port Macquarie and I tell you, I can't believe how lucky I am to be performing in such beautiful places." His last stop-over in 2006, although a smaller affair, gave Krafty an eye-opening taste of our natural wonders; some of which he wasn't keen to rediscover.


"I saw an 18 foot crocodile up at Cape Tribulation when I was out on the river last time I was here, and it scared the absolute shit out of me, so I said to the guy who was driving the tinny, better turn it around mate, we're going the other way!" He laughs, "I've seen so many films where the guy in the tinny gets flipped out and you know as well as I do if that happens, it's bye-bye Bristol, thanks for coming." Krafty adds, "Anyway this thing was like a fucking dinosaur man, and even the driver was like yeah we better move on. Plus me being an English tourist, I'm sure those buggers know we're the easiest prey!" The fast-talking Reeves'  extended stay in Australia is a chance for him to play tourist as well as to packed dancefloors. He's motivated by a love of Australian fish, "the fucking freshest in the world, man" and a back-to-basics club tour for fans who want a more intimate experience.

"It's all about seeing what every place has to offer, rather than just doing a show and then flying out the next day." He confirms, "Up here I've had coral trout, visited the Great Barrier Reef, played a great gig – brilliant, loved it. I'm playing 16 gigs over the next six weeks and so I need that down time in between to recharge and catch up with some friends I've made here." The smaller venues he's favouring this time around, also offer Krafty a chance to run through his new sets. "I'm coming with a batch of fresh Krafty monsters, yeah." He smiles, "If I came out and played the same set I did a couple of years ago, I think people would go 'Ta-ta Tracey, love. It was nice then, but you haven't really moved forward at all have you,' I don't want a pat on the back for just turning up you know, I want to take it a step further than what I've done before." Krafty describes his own set reflects his audience now more than ever.

"You come to a Krafty show, you get the breaks, dubstep and electro-house but fresh, you know. I cover as many angles as I can, but Sydney's different to Melbourne, and Melbourne's different to Perth etc… so I don't have a playlist, I go in there and I read the crowd and vibe off them and they''l tell me where they want me to take 'em, you know." Reeves is obviously a fast learner. He's boned up on his Australian crowds and knows a thing or two about sending home a satisfied audience, no matter where you're from. "Perth are very wild, so you can't go in there and throw too much hype or they'll just burn out, you gotta stabilize it for that crowd. Sydney are a very well informed crowd - they know all your tunes and what you''e all about - and Melbourne are a really fun crowd to play to, you know. So you always gotta go with what your audience are into or it's not gonna work for either party." 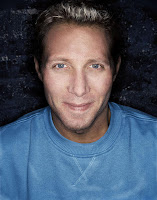 Krafty's recent entrepreneurial move into the field of iPhone applications is cause for celebration – especially if you love your DJ clichés. The sampler application - designed more for fun than actual DJing – "The thing tends to go to sleep every few minutes!", revives those rave catch-cry's we all love, such as; "Make Some Noise!", "People In The House!" and "Ex-clusive!". Krafty jumps in, "A lot of DJ's use these sound samples still to this day, right and this application was just a way of making them more convenient." He explains, "Some DJs don't like to get on the mic and say that stuff, so now they can plug their iPhone's into the desk and have my application do the talking for them." Time comes for Krafty to head off into further, crocodile free, adventures on his Australia-wide residency. He's no doubt already making a note-to-self about whatever the next town's crowd are like, and adjusting his set accordingly, but are we ready, I wonder, for a 'localised' version of his iPhone application? "Oh yeah." He enthuses, "the next generation of the app. will have an Australian accent saying with some bloke going, "Sydney… How the fuck are ya!?". 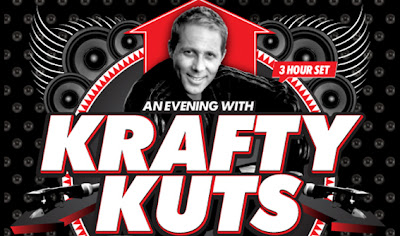