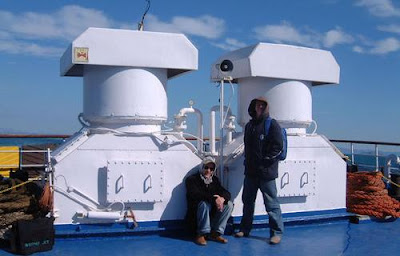 SPACE BALLS
UK electro act The Orb, always found themselves lumped in with the narcotic-influenced club music scene emerging in the late ‘80s, while journalists struggled to find a more accurate description; ‘Pink Floyd for the ‘90s rave generation’ and ‘Space-obsessed knob-twiddlers’, are just two of the terms that have been commonly used to describe the duo, and complimentary or not, founding member Dr. Alex Paterson can see no reason to give a shit. “I’m still here 25 years later talking to you, so I think we must be doing something right.” Paterson’s early morning croak assures me his ‘blissed-out drug music’ is a ‘good match’ ahead of the touted double-billing of The Orb with UK sample-monsters, Bomb The Bass. “It’s good; I think we both come from the same school of plagiarism.” The self-appointed/self-medicating doctor laughs. 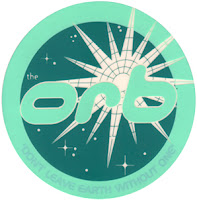 “As it happens, I used to go out and buy Bomb The Bass’s records for when I was DJing back in the early days.” Paterson recalls, waking himself up a little more. “We’ve both always listened to music with the same ear for working out how you can make something new out of something old, I think.” Paterson’s mention of ‘plagiarism’ is more self-referencing than accusation. In its earliest form, The Orb was an excuse for Paterson and one Jim Cauty to create sampling anarchy. Cauty however fell out with Alex following the debut album, The Orb's Adventures Beyond the Ultraworld and went on to raise hell as one-half of The KLF with Bill Drummond, who’s own free-for-all approach to using copy-protected music was as prolific as their lunatic stunts. The Orb continued on with some-time members, Youth (ex-Killing Joke), Kris ‘Thrash” Weston, Tim Bran and various others, before Paterson’s longest term ‘co-Orbist’, German-born Thomas Fehlmann joined in 1995. With the many cohorts under the bridge, I wonder is Alex the archetypal ‘difficult artist’? 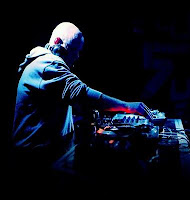 “No, I think it’s more that there’s a kind of snobbery among a lot of English DJs, and many of them seemed to be in competition with each other, and I didn’t want to be a part of that.” He adds, “Thomas didn’t behave in that way, which was a new experience for me. We do things for one another, not for self-aggrandising reasons.” The Orb, although linked to the sample revolution born out of hip hop, claimed their own distinct niche as ‘ambient electronic pioneers’; a term which Paterson is immensely proud of. “I was an A & R scout in the early ‘80s, so I always had my ear to ground, wanting to know what was going on in music, and nobody was doing ambient house music before The Orb formed.” Paterson, as a recreational pot-smoker spotted a gap in the dance-oriented club scene for chill-out music that wouldn’t completely kill the listener’s vibe. “A lot of people were putting on stuff like Neil Young or Pink Floyd after a night out clubbing, so we thought we set about changing that by offering an alternative.” The two premiere ambient house chill-out records were The KLF’s Chill Out, and The Orb’s Adventures Beyond The Ultraworld, which Paterson now admits was heavily inspired by Brian Eno. 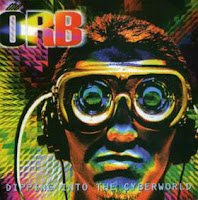 “My day-job back then was working for Roxy Music’s record label in London, and Eno was one of the reasons I got into making music of my own.” He exclaims, but Eno apparently was keen to distance himself as an influence from Paterson’s work. The Orb were indeed gaining exposure for a lot of the ‘wrong reasons’ in the early ‘90s, as sampling on the level employed by them was a major concern for labels wanting to release music with the hassle of lawyers banging at the door. “The sampler made it easy for artists like us to completely alter a sound to use in a recording – so much so, we got away with a lot more than most people know about.” He laughs, “I can say that now, because if a sample isn’t claimed within seven years, forget it, no one’s going to go to the trouble, but it got to stage where our label (Island) wanted us to provide tapes of all the different parts to each of our records on separate tapes, so they could see what we were trying to sneak in there. The funny thing was, the samples were so unrecognisable after we’d finished with them, Island couldn’t even tell what they were anyway!” For the artists who may have griped about their work being sampled on an Orb record, there were as many who proclaimed it a kind of honor, Alex recalls. “When Steve Reich heard his guitar turn up on Little Fluffy Clouds, he got in touch with us and said, ‘I fucking love this, I never thought someone could do this with my music. It’s amazing.’ He wanted to go on record as a supporter of what I was doing. It’s just when publishers and record labels get onto you that it all goes to shit. They’re the only ones really worried about losing money; it’s rarely the artists as far as I can tell.”
lEIGh5 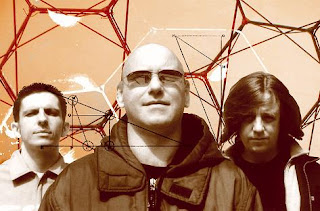 "When
getting back together, we knew there would be battles to get through, but in New Order, that’s just how we play." - Gillian Gilbert, New Order.