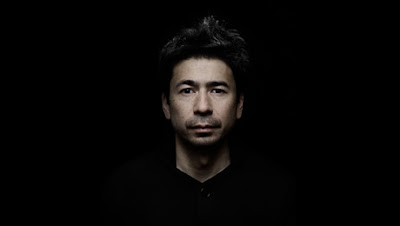 Bristol-based rag-tag collective, The Wild Bunch flourished as outsiders from what was happening in mid-‘80s mainstream music. The DIY approach they took to making music and various other art forms simply wasn’t in a competitive field, as much of their output was consigned to being played in local clubs or on pirate radio. However, the future had in store an unprecedented level of acclaim and acceptance for the micro-scene’s main players. Massive Attack, Neneh Cherry, Tricky and Nellee Hooper among others, all got their first break in the mostly migrant collective. But the scene, long before launching the globally admired stars of trip-hop, was early on having a rather profound impact on a young Scottish-Malaysian lad named Tim Simenon. Simenon, being a Londoner, was an outsider even among the Wild Bunch, “I became friends with a lot of that group through going to Jazzi B’s Soul II Soul club. They ran a local DJ battle night, where anyone could show off their skills or just hang out.” Like them, Tim was driven by the potential of a new music style created utilizing samplers. 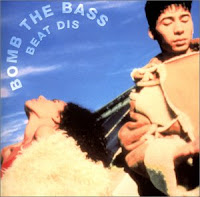 “I was the guy with the records, basically.” He laughs, “I had been collecting since I was about 8 or 9 years old, and when I started mucking about with samplers I had a shit load of music already to work with, which was essential if you were serious about live DJing.” Simenon adopted the title Bomb The Bass to DJ under, and like his mates in Massive Attack, the emphasis was on devastation; specifically the ‘annihilation’ of hundreds of recorded works for use in samples. However, where Massive Attack became known for the somber, subtle approach, Bomb The Bass’s debut single, Beat Dis! hit the listener with a montage of over 50 samples, kicking open the door for a whole new wave of sample-heavy dance 12”s. He’d created a monster, but his actions also shook up the Wild Bunch crew, most of who were yet to release any of their music/mixes. “DJing was still a new thing, and a lot of the artists on that scene wanted to release records, but nobody knew if what we were doing would have any kind of appeal beyond our little club nights. That’s the beauty of what was happening in that scene, we were just friends doing what we enjoyed doing. Nobody thought it would become this massive thing.”

One of the first of the Bristol crew to get a record out was Afro-Swedish MC, Neneh Cherry. She and Tim collaborated on the sweet but sassy, Buffalo Stance in 1988, which became so huge, supposedly it was the prompt for Madonna to write Express Yourself. “I have to say, that was one of the most enjoyable records I ever worked on, primarily because Neneh was such a breeze to work with. I’ll always remember that powerful attitude she brought to everything, I mean Buffalo Stance was her through and through. That was her personality, you know.” From that single, the scene began to grow as more and more names linked to the Wild Bunch turned out records that seemed incapable of failure. Bomb The Bass’s second album, Unknown Territory surfaced around the same time as Massive Attack’s Blue Lines prompting talk of a ‘new movement’ in music, however Tim was a far less stationary act, flirting only briefly with trip-hop. His next release would begin to develop from a collaboration with Russian/American hip hop artist Justin Warfield (who’s album, My Field Trip To Planet 9, Tim was enamored with), but who more importantly, shared Tim’s love of William S. Burroughs.

“I remember at our first meeting, Justin and I talked a lot about Burroughs, and straight after he went off and wrote these fantastic lyrics based around Naked Lunch.” Simenon’s Bug Powder Dust began as a collection of dialogue samples from the David Cronenberg film adaption, before blossoming into a full collaborative rap. The track - a massive hit - pre-empted 1995’s Clear, and a newly acquired use of live instrumentation. Tim was beginning to scratch the surface of Bomb The Bass’s potential as a live band, but it would take a further 14 years for him to fully realise it. For the remainder of the 1990’s, he retreated into production, while his ideas for Bomb The Bass’s future fermented. Simenon worked his magic on Gavin Friday’s inspired Shag Tobacco, and on the ill-fated Michael Hutchence’s solo album – his final recording, it would turn out - then as the decade neared its end, a production project came his way in the form of Depeche Mode’s album, Ultra. The band’s ninth album equated to their revival following a disastrous self-destructive period, while Simenon on the other hand, completely disappeared from view. 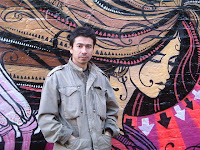 “I hadn’t had a break in over ten years… Not since I started releasing music in fact.” He recalls, “I needed to be inspired again, and so it was vital I take a few years off. The Depeche Mode album was a really dark time for me and them, and so rather than push myself even further, I spent a couple of years in my room in front of the speakers just listening to music instead of working with it.” Simenon’s silence was finally broken ten years on with a dramatic new sound in 2008. With a new collaborator, Paul Conboy, the notion of Bomb The Bass as a live act finally began to take shape. ”The key to getting back into music was writing the Future Chaos album.” He explains, “That album came together with such momentum that I found I had regained a kind of excitement about making music which had been missing for some time.” Keeping in mind the festival’s title of 'Future Music' that Tim will be in Australia for, aside from his rich back catalogue, fans can expect some fresh new sounds, he confirms. “Paul and I have been writing the follow-up to Future Chaos, so we’ll be premiering about five or six of those songs in Australia.” The new album, he explains, bares little resemblance to the sample-based work he mastered in his formative years.

“On this tour Paul will be singing and playing live bass, and I’ll be making the beats and just playing around with the BPM’s a lot more. It’s exciting for us to have the sort of ‘raw edge’ of a live band, which I’ve been wanting to do for some time, but for the album we will hopefully be getting some guest vocalists in which I haven’t done for ages.” Bomb The Bass’s most successful tracks had always put the credit on guest singers; Loretta Heywood (Winter In July), Justin Warfield (Bug Powder Dust), Jazzi B and Maureen (Say A Little Prayer), yet Tim’s own signature is there in every single piece. “What you’re describing there is ‘The Texture,’” He laughs.” That’s where I come in, I think.” It was Tim’s ‘texture’ that put him in hot demand as a remix artist too. Credited on Bjork’s Play Dead, remixing Massive Attack and Depeche Mode etc.. – everyone, it seems, wanted a sprinkling of the BTB magic, but Tim follows a simple rule when choosing who to mix it with. “All the artists I’ve worked with over the years, I’ve done so because we have shared a connection in some way.” He assures, “It’s important to get along with people I’m working with for me to be able to work. I’m just lucky in a way, that all of the people I have collaborated with have been or become friends. I mean it’s got to be fun, or what’s the point, eh? 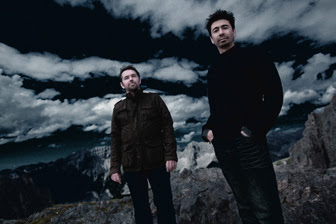