The End of Australian Music Content on Commercial radio? 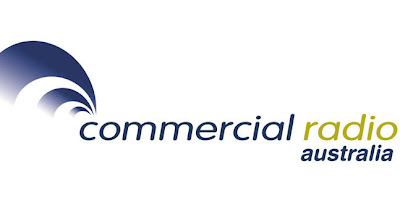 The following is a post I made in a forum regarding the CRA's recent whinge about having to play a small percentage of Australian music in their quota. The subject to me is infuriating to say the least, as it represents yet another change for the worse in terms of the ridiculous level of exposure given to cheap and nasty, mostly American, commercial pop. It seems as if the gap between popular music and product pushing is almost completely closed and to me, this is no trivial matter. Australian music is simply less likely to be affiliated with branding and looks likely to suffer as a result in a world where advertisers hold all the cash. The CRA (or Commercial Radio Australia) have long stopped pretending they give a damn about fostering local talent since realising they can get a bigger slice of pie playing overseas artists on labels linked to ad agencies whose jingles for the newest crap-tastic gadget are also the latest singles from Rhianna/Bieber/Maroon 5 etc...
I'd really like to dig my heels into the CRA and say how awful they are for considering such a proposal, but the reality is, they are reflecting a growing public indifference to not just locally produced music, but to some degree an indifference to anything that isn't totally mono-cultural. Not caring about what happens in mainstream, commercial music isn't enough for me. I can't be switched off to it when nearly every resource I access - by no choice of my own - rings with the sight or sound of the latest 'talented new-comer', who always seems to be either American (specifically LA based) or trying so hard to appear that way, its almost impossible to tell the difference. Then there's the subliminal hatred. I feel bad for hating people who lap up, apparently anything deemed 'hot' by the faceless arseholes who apparently have a lot to gain by you buying the latest shitty autotuned wankery. As far as I'm concerned the CRA are just more faceless arseholes with an agenda. What that is can probably be summed up by the complete flat-lining of any real diversity in heavily promoted music. Why risk losing listeners/money/advertisers on some 'weird local shit by some unknown wannabe' when you can get Timomatic and Reece Mastin to dance on command, look damn pretty doing it, AND sound like a combination of Black Eyed P!nk Marooned Beiber, or whatever the kids (apparently) all slurped up by the tonne last year?

My question is, are the CRA looking to drop all locally produced music from their playlists or just the stuff that wasn't produced, written and rapped on by some bloke in Hollywood called T-Party? In which case, haven't they already achieved their goal?? Creating a vacuum in which only this miniscule measure of success applies to musicians is so destructive in the long term. The apparent glamour (if you're a bogan maybe?) of US-style overnight stardom on the back of some paper thin soulless dance tune is of course hollow, but why then are so many young Australian artists seeing it as something to strive for? You could argue that the end of anything identifiable as Australian on commercial radio is already upon us, but I predict hard times ahead for people like CRA and other supporters of 'shit made in America's gotta be good, it sells like hot muffins'. They drop all Australian content from commercial radio, and eventually just run one long unchanging advertisement/song on an endless loop that gradually becomes a single droning autotuned note, a flat-line, if you like spelling the (by that time) much welcomed death of those withering arseholes who through the power of commercial media, want nothing more than to dull the wit of all who come in contact with them.
May they suffer as much as I do whenever I chance encounter one of their boil in the bag ready-made suck-cess stories flogging me an iPhone from the saftey of a mega-billboard and draining the life force outta me within seconds of hearing their corporate-endorsed shit.
lEIGh5
Posted by lEIGh5 at 12:41 PM