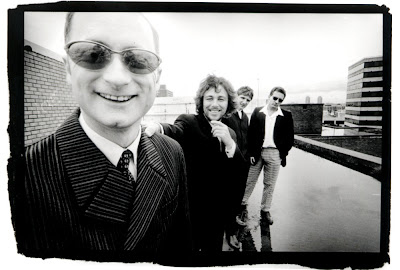 
Bands wanting to stand out from the pack in the early '80s, ultimately lead to a lot of bizarre creations that we either look back and laugh at or revere depending on level of authenticity. Sydney's Hoodoo Gurus could easily have landed in the just plain funny pile, were it not for their ever increasing stack of classic singles. Ignoring the post-punk and Europop trends of the day wasn't so remarkable in itself, but harmonising Beach Boys style while rocking like The Stooges and sporting paisley shirts and bandannas must have seemed like taking the hard road. It is however, for those very things that fans identify the Hoodoo Gurus with and love them for. These days the shirts may be a little quieter, but the raw garage rock of new album Purity Of Essence and an imminent 'back with a vengeance' tour should have quite a few ears bleeding.

Talking today on his band's live return, it's clear in singer Dave Faulkner's voice that the rush of rehearsing for tours has never waned - "We packed up early last night because things were just going so well and we felt pumped and ready." – As a live act, the band have been showered in honours, but before we get into our talk on perfecting their live sound, I wonder how Dave's inclined to react upon hearing a Gurus classic on the radio. "I don't really listen to the radio, but what does happen occasionally is I'll be out at a pub with friends and one of our songs comes on the juke box and it really does take you out of the moment." He exclaims, "It's like suddenly you think 'oh yeah that's right I'm the guy that does that for a living." Laughing, he continues, "Early on that sort of thing was a bit difficult to deal with, as it was an interruption to my sort of 'normal life' - my life outside of the band - but now I just take it as it comes." 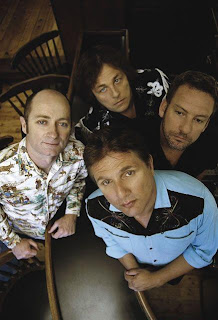 During the band's hiatus/unofficial split 1998-2003 I wonder was there a time when the singer took exception to hearing his 'old band's' music? "No, I mean no more than usual", He jokes, "But listening to the albums is never that pleasurable because we just think of all the things we could've done better. Even now in rehearsals I'm already starting to sing a couple of the songs differently to the album and I'm wishing had've recorded them that way instead." A bug bear of Dave's and probably a common one for singers, is wishing he could've done it differently on the day. We have a rifle through some back catalogue gems that would see him pop into the Tardis and have another go at given the chance. "Come Anytime I always thought I could've sung a lot better - I mean six months after it was released I had that thought". He offers with a little frustration in his voice, "At the time I thought I was doing the best I could but later on it became a bit of an annoyance to me." Dave sighs, "But you have to let these things go and realise that fans love the song as it is and whatever I might think would be better isn't necessarily an improvement from the listener's point of view." He concedes, "Our early albums I think suffered a bit in that they didn't really capture our sound as well as they could, but then I think we really found our identity on Magnum Cum Louder which was just us pleasing ourselves, and we continued to stick to our guns right through the latter albums, I think." 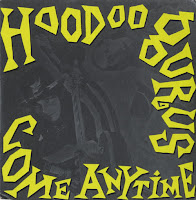 Current album Purity Of Essence boasts some of the band's heaviest rock moments to date. It brings me to ask Dave what has him laughing in the face of 'slowing down' with age. "Well we still have the energy to do it, and we've always loved rock music so why not make it big?" He laughs, "Once again it's just us sticking to what makes us happy as a band and trying to make the music we want to hear. Anybody who's seen us in concert knows that we breathe fire on stage, and the new album is as close to our live sound as we've ever come." On the subject of making up for lost time on the current album, Dave is non-committal. The break-up and subsequent reunion was, Faulkner points out not your typical clash of egos or I-never-want-to-see-you-pricks-again situations. He states, "There came a time where I just didn't have anything written and rather than try to force a substandard album, I thought it was best just to have a break for while. "He adds smiling, "I think of that period as like the Chevy in the garage up on blocks waiting for a few parts to come in, and then when the time's right you put the wheels back on and away you go." 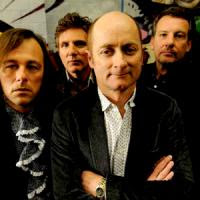 The Hoodoo Gurus have produced many near legendary singles and are celebrating 26 years together, but it seems the length of a band's career has become less and less of a remarkable thing today. Dave, on the subject of longevity, once quoted "As long as people still want it, we're in." I wonder does Faulkner, despite having an enviable core following, ever feel there is a battle to maintain an audiences' interest.  "Always yes, it is hard for a veteran band to stay relevant when everything's so focused on what's the newest thing." He explains, "I mean the Hoodoo Gurus being the Hoodoo Gurus isn't a news story but 'hey here's a new band everyone's listening to, you must hear this' is. We can't compete with that sort of novelty or that huge industry of the constant new thing, but then again I think the music we are making now is adding to our value rather than diminishing it or that we're becoming irrelevant just because we have been playing for x amount of years." 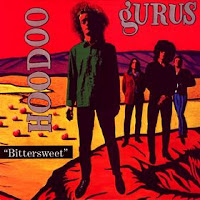 For fans of Spinal Tap or Some Kind Of Monster, The Gurus made their very own in-studio band parody film during the recording of Purity of Essence, featuring cheesy label honchos and healthy dose of self-mockery. All class song performances aside, the viewer is left  almost feeling they're seeing a new band enjoying their first time in a proper studio and making a debut album with nothing to lose. Dave laughs and says of the film, viewable on YouTube, "We were quite prepared to throw out all the dramatic stuff and just keep the performance clips, but in the end I think it worked and shows a side to us I don't think people would expect." He laughs adding, "I mean we are the ultimate band of brothers, and like all siblings we have ancient squabbles that never get resolved but we also have an unbreakable bond. That (film) really is how we are when we get together, strange as it seems!" 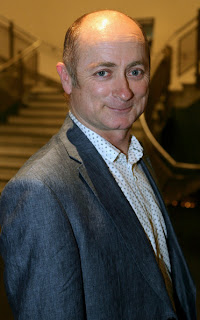