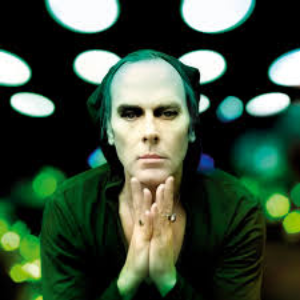 Robert Smith, Nick Cave, Trent Reznor, even David Bowie all owe a debt to Peter Murphy and his haunted outpourings as leader of goth-rockers, Bauhaus. According to Murphy himself, that is. It’s a big claim for a man who stumbled into music, only learning of his abilities as he went along. Perhaps his early lack of self-perception afforded him a fearless, unstudied approach to creating music, but Murphy has returned 35 years on to stake his belated claim as unsung genius.

“There is no ‘back in the day’ for me when I talk about the music I made with Bauhaus.” He says of the Northampton-based band he fronted from 1978. “My music did not suddenly grow old and die when we split up.” In 1983, Murphy left Bauhaus after tensions arose from his increasing stardom over and above that of his band mates. This was perhaps illustrated best by his heavily stylised appearance - as himself - in the film The Hunger. Seen performing one of the first songs he ever wrote – Bella Lugosi’s Dead – Murphy’s status as ‘goth icon’ was cemented in those 4 minutes. The film that followed was a modern vampire tale complete with David Bowie in the lead role. On set, Murphy proudly recalls Bowie’s surprising admittance to him. 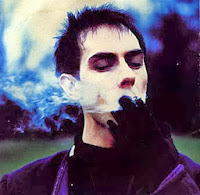 “He whispered into my ear, ‘I wish we had done Ziggy (Stardust) like you did it.’” He grins. “Almost nobody, including the band, wanted me to do it so when Bowie tells me he likes my version better than his own, it really made think I should just trust my instincts.” The Bowie cover remains Murphy’s biggest hit to this day, but at that stage Bauhaus were already over bar the shouting. While the rest of the band went on to form sleaze-rock group, Love & Rockets, Murphy ramped up the vamp on several solo albums before finding birds of a similar feather (Nine Inch Nails) to hang with.

“Trent (Reznor) was an unashamed Bauhaus fan. When I met him he was just this young guy with one album out – Pretty Hate Machine – and you could hear our influence all over that. We ended up recording a few covers together, which somebody has leaked but they were never officially released.” It was a match made in goth-rock heaven, but the increasing popularity Bauhaus’ music had gained in their absence prompted a return in 2005 and further demise in ’08. “The band I’ve got now, I’ve been working with for quite a few years and, with respect to the other lads in Bauhaus, I can play our music just fine without them there, you know.” He adds, “I learned to play Dan (Ash – Bauhaus guitarist)’s parts years ago and people have long been asking me to Bauhaus songs in my shows, so I thought ‘fuck it’ why not do it. Why not tour just Bauhaus’ songs as Peter Murphy? They are mostly my songs, after all.”

Now assured of his legacy in music, Murphy scarcely sees the point in unraveling the ‘enigmatic genius’ tag he has been awarded by, either his musical peers - or more brazenly, himself depending on how real or not the bravado all is. It’s only in the final few seconds before his deep, arresting voice is replaced by a dial tone does he throw me a clue. “I don’t mind doing press actually, but journalists don’t get the real me. You can only get in as far as I want you to. I hate to be a buzz kill, darling but when you’re the ‘grandfather of goth’, you have to keep at least partway in the shadows.” 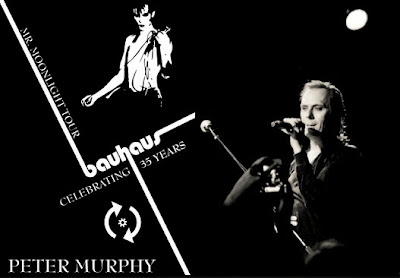