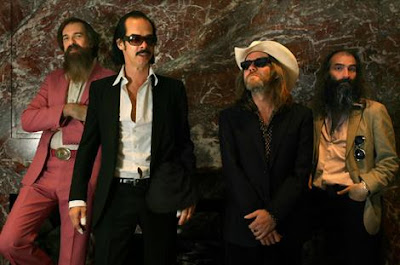 DONE WITH THE GRIND


The news of Grinderman’s unexpected end at Meredith late last year proved shocking enough to overshadow just about the entire event’s proceedings. Nobody outside of the Nick Cave-led garage rock ensemble’s inner circle knew that was to be their final performance, and the reaction to Cave’s brief, understated goodbye spoke volumes about the popularity they had garnered through just two albums. Indeed Grinderman earned the kind of reverence once reserved for new a Bad Seeds record, and so with his eyes focused on the future of that band - his musical home for almost 30 years – Cave shot down what was shaping up to be a full-time project. The question of ‘why’, at least in percussionist Jim Clavunos’ mind is a simple one, “We were finished with what we had to do as Grinderman, so its time to move on.” Yet with life-long collaborator, Mick Harvey’s departure after the last Bad Seeds album, Dig! Lazarus, Dig!! and much renewed interest in Cave through Grinderman, is all as simple he claims? 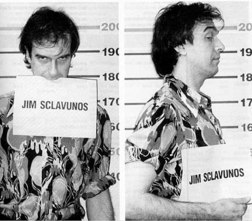 “Well, we were so devastated at losing all three of our nominations at the ARIA awards that we decided to quit altogether!” Laughs Sclavunos, his teeth somewhat gritted at the mention of Grinderman’s final show. The fall-out from Nick Cave’s announcement is down to his band to deal with, and Jim is quick to remind me, “My musical life didn’t begin and end with The Bad Seeds or Grinderman. It (Grinderman) is an important component of my life, or rather was if it’s to be no more, but I think the music we made stands on its own merit.”  The 6ft-7 percussion fiend joined the Bad Seeds in 1994 for the Let Love In campaign playing alongside drummer Thomas Wydler before finally taking a leading role on the stool for a ‘muck-about between sessions’ band that had developed in the ranks. Location and accessibility determined which Bad Seeds members were invited to the Grinderman party, and along with Cave, Warren Ellis and Martyn Casey, Jim was simply available. But this side-project quickly became popular among fans - and non-fans of Cave alike - once their thrilling debut album arrived. The danger of it stealing a lot of thunder from Bad Seed activities became quite real, Jim concedes. ”We did kind of neglected Bad Seeds for a long time, I think. It’s been about four years since we've done anything so I think it’s high time we made some beautiful music together, again.” 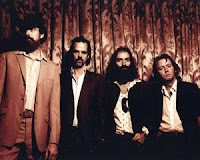 Ending on a high, or rather enjoying the brevity of a great musical moment and getting out before it starts to love itself too much is something Jim is very comfortable with. The New Yorker’s musical life outside of ‘Cave Central’ had always been a series of short-term hit ’n’ run projects. Besides briefly drumming for core New York art-rock bands Sonic Youth and The Cramps, he, alongside post-punk siren, Lydia Lunch was directly involved in creating the No Wave movement  – a kind of puritan punk scene, directly in opposition to how commercialised punk had become by the early 1980s. The point of No Wave – keep it short and noisy and don’t expect a greatest hits boxset – was never something Jim took lightly. “The whole ‘no future’ mentality was still very much intact.” To this day he is all about the moment of creation and the passion that comes with playing every gig like it may very well be the last, which was often the case. However the young Sclavunos’ foray into No Wave was motivated less by making music than the chance of getting laid, as any band will deny.
“That, and getting into gigs for free.” He corrects. “I couldn’t play bass, so when I met Lydia (Lunch) and she asked me join her band - as a bass player - I knew that she wanted to fuck me, and I saw the opportunity to lose my virginity.” He giggles. Lydia Lunch’s infamous caterwauling monologues might have been enough to send most males running for cover, but Jim’s musical life had finally begun, significantly at the very moment his cherry was popped. He never did learn the bass either, but Jim is where he is today because of a natural instinct for what the artists he works with are looking for in a musical accomplice. Making the Bad Seeds his only real full-time band says a lot about both him and the kind of trust afforded to each artist in the service of Mr Cave. Jim was an easy fit for Grinderman, then so it seems relevant to ask was Grinderman an ideal fit for ‘Mr No Wave’ himself?  ”I don’t get sentimental at all about bands that I’ve happened to play in, but Grinderman was such a natural thing when it happened. I guess the end of the band felt just as natural too.” There’s no obvious lamenting over Grinderman for Jim right now though. By the request of artistic director Jonathan Holloway, he is already busy on his next obsession - preparing a contribution to the Perth Festival - a project called The Faustian Pact. Along with musical collaborator Peter Mavrogeorgis, the pair - who perform together under the name The Vanity Set - will construct a live score to the 1926 silent cult film, Faust.

“Faust is unique in that there is no one definitive version.” Jim explains of his interest in the German noir classic, “It was re-cut several times for different audiences and different regions because of the sensitivity and suspicion people had towards the occult.” Faust director, Friedrich W. Murnau based his film on a story which dated from the 16th century, and was already a firm favourite in German folklore. The ‘pact with the devil’ plotline has leapt from ancient text, to operas and stage shows over the decades before Faust’s cinematic debut, and proving its enduring appeal, continued its infiltration of popular culture through tales of alleged ill-gotten gifts of musical talent in the blues and rock n’ roll scenes. However Sclavunos’s intrigue with the story lies mainly in how he feels its true meaning was intentionally misrepresented in Murnau’s film so as to appease the so-called god-fearing public. For his part in the Perth festival, Jim plans to correct this. “If people are thinking they’re just going to see the Faust movie as Murnau intended with a live score, they’re going to be bitterly disappointed.” He laughs.
“Every aspect of the Christian ideology and the psychological resonance behind the film has been totally messed with. It kind of transcends the moral and the social and has been whittled down to a more basic study of man rather than a Christian salvation story.” Sclavunos’s re-cut version of Faust will form the back-drop to live performers in costume as well as the band. “It’s going to be part play, part concert and part cinema. I’m sure a lot of people are familiar with what usually happens with live scoring of films; a couple of musicians playing along to what's on screen, but we wanted to approach this in a totally new way.” Jim’s desire to re-cut and re-score Faust is a long-held one, and discussing it is justification for him. “The original film (for me) was a bad influence on my idea.” He laughs, “I liked the aesthetic of the film, but The Faustian Pact is really all about recapturing the story from the original text.” Taking so much care with this story, its clear Jim is in it for preservation purposes, opposed to his own life in music which has been considerably low on preservation. However, the final word he gives on Grinderman hints at a possible first-time feeling of loss over a band in his long career. “I'm sorry there's no big scoop on why Grinderman split up, but what I can tell you is we’ve all really enjoyed having this band, and I am sorry to see it go. It was one of my favourite bands ever to play in, but hey there’s always the possibility of the dreaded come-back tour!”
lEIGh5 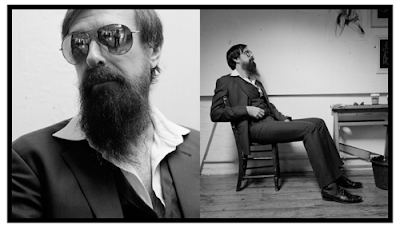