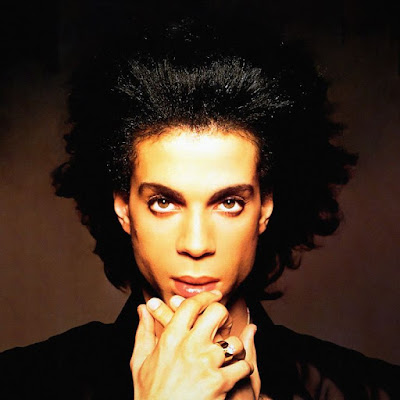 By the time he entered my little suburban life as a young teenager, Prince had already recorded the bulk of his most legendary records. Purple Rain, Controversy, 1999 and Sign O’ The Times established this one-man super band as one of the top acts in the world during the 1980s. His very worthy credentials however were unknown to me that fateful morning – a Saturday, in 1989 – when my bleary-eyed adolescent self, decided to switch from my usual morning cartoon fix to a newly discovered music video program. Prior to now, my exposure to music was largely down to my brothers’ KISS records, my parents’ Bony M collection and commercial radio. Yet my hand-me-down tastes were unceremoniously pummeled into oblivion after tuning in just in time to catch the Batdance music video. After those 6 plus minutes, I was convinced I had just witnessed the coolest man in all humanity and sad as it sounds, I wanted to be Prince.

I’m happy to admit that Batdance as a single was hardly Prince’s greatest effort and as my knowledge of the man’s work grew, I discovered this Frankenstein’s monster track was in fact a rush-recorded bastardisation of several other half-finished cuts from the maestro’s Batman soundtrack project. Director Tim Burton famously hated the track and it even caused a rift between to the two artists, but to my ears, Batdance was a game-changer and my personal year dot in terms of a never-ending music obsession. That initial burst of musical puppy love manifested first in daily calls to request radio shows – my voice and singular request became so familiar to DJs, I needed only to say ‘hi’ to get my reward – and secondly in a new found interest in dancing. The Prince/Joker dance routine in Batdance had to be learned. Not having danced anything bar forced, dusty old ballroom style routines before, I like to think my childhood bedroom bore witness to something approaching an enthusiastic funkateer in the making.

As fans know too well, Prince was never seen in flat-soled shoes and looking back, an elevated heel would most certainly have afforded me the missing ingredient in perfecting my contortions and twitches. There’s no way a boy can request high-heeled shoes from his parents without a long, long conversation, so in a compromise, I decided adopting a pair of found silver gloves would bring me closer to Princely greatness. One’s teen years are of course filled with shame, so this life-changing obsession was a closely guarded secret. After all I was in unknown territory, and how such a passion might be perceived by others bothered me. Prince-inspired dancing in oversized silver gloves was restricted to the bedroom along with the air guitar solos. Naturally, my shame was soon discovered after my father walked in during a three-turn pirouette followed by a knee-drop (Batdance again) and, rather than have him think I was dancing, I pretended I was having a fit. For the first time, I had a ‘thing’ that was all mine and I was enjoying my obsession and wished for it to remain un-scrutinised by the Bony M fans in the next room. 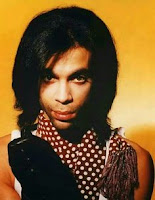 Apart from owning a copy of the Batdance cassingle bought for me by my older sister, I had no claim on a single piece of recorded music. Then roughly a year after Batdance I discovered the wonderful world of second hand record shops. In those days, well-worn back catalogue albums and singles were dirt cheap and my local outlet boasted an absolute goldmine of Princely gems. It was however, the 12” single of Let’s Go Crazy that came home with me on that first visit, primarily for its evocative and luxurious cover art and a possibly salacious b-side track entitled Erotic City. This latest discovery left me enthralled and did not disappoint. The duet in which Prince writhed around in neon-lit urban sleaze offered a scintillating, funky peak into a more adult world than Batdance. I had not one, but two new dances to learn. Let’s Go Crazy’s over-the-top party cry grew on me instantly and fast became a bedroom dance session staple. Erotic City meanwhile yearned for a completely different expression. Where the idea came from to strip stark naked bar a bed sheet worn as a cape and stomp and writhe around, I’ll never know. The power of Prince’s music is all I can offer as explanation (coupled with a good slew of suburban boredom) and that same explanation will suffice for what possessed my 14-year-old self to take the naked sheet dance into the yard of my parents’ home under cover of darkness. 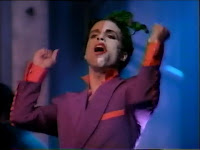 So as I grew and started to catch up on the years of music that had come before my awakening as well as the very latest, I began to encounter stories of rock music’s negative influence according to various killjoys, and was reminded of my sheer indulgence and slight hint of shame at how much I enjoyed Prince’s music. The danger element that had apparently been ruffling the squares feathers since the 1950s was well and truly in me now. Prince as an introduction to music it turned out could not have been more perfect. Here I was, already on the verge of disowning the rather lazy Catholic teachings of my childhood, buzzing with a new set of hormones and in possession of a fairly advanced understanding of how to embarrass my parents, and along comes Prince. Unlike the (in my mind) glam metal clowns, KISS from my brother’s collection, who seemed content to parade around looking like your grans’ worst nightmare, Prince to me was a far more relevant icon of rebellion. His playfulness, eroticism and untouchable style equated to the antithesis of all that was bland and acceptable in my world.

In the wake of the shock news that Prince died at the age of 57 seemingly without a prolonged illness, I was compelled to go back to that period in my life when so much change was happening and acknowledge how much Prince’s music was a part of that time. As the cliché goes, he was an important part of my life, but perhaps less so clichéd is how. I saw wilfulness and abandon in Prince, as well as a strident bucking of the rules and for a time, it was all that made sense to me. I still believe that to make something truly great, these elements are essential ingredients. Ultimately though, through all his triumphs, failings and backlash, he was never contrived or fake, which is why what Prince was, will always be more than enough for me. 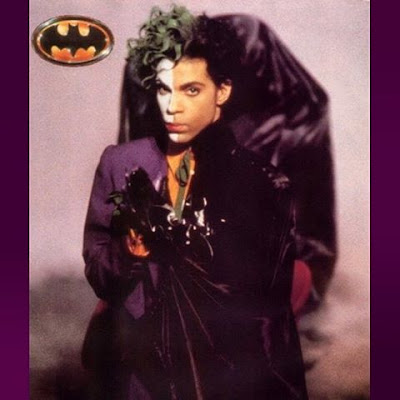