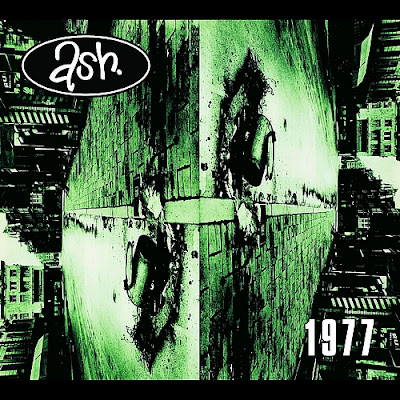 You couldn't, quite frankly, invent a band like Ash. This group of teenage Star Wars-obsessed Black Sabbath-fanatics’ endless bubble-gum punk anthems stopped everything Britpop in its tracks - at least for a moment - in the mid-‘90s. Their very specific obsessions culminated in acclaimed debut album 1977, which legend has it, was partly funded by stolen cash and, depending on what you believe, the lads’ double lives as rent boys. But whatever the truth of the matter, Ash bassist Mark Hamilton proves to be little help in sorting fact from fiction. His blurred memory defeats him at most every turn as he trawls the past in search of answers to what happened in order to land Ash in the ‘rock legends’ basket. 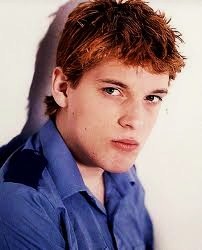 “I don’t remember, honestly, a lot about that time (recording 1977).” He offers after a prolonged pause. “All I know is we were desperate to get out of school and make something of ourselves in order to get out of having the drudgery of work/life balance - whatever that is supposed to mean!” Speaking to me ahead of the Australian leg of their 1977 ‘don’t look back’ shows, Hamilton finds himself a last minute stand in for vocalist Tim Wheeler who has disappeared somewhere within the band’s hotel. One ‘fun’ past-time Ash have never tired of is checking in under assumed names, making it impossible for journalists and crazed fans alike to track their movements. “Our thing is to check in under the names of our road crew, and they use our names… It just means we can get a bit more privacy.” He laughs, “The guys (crew) don’t mind. They filter our calls… it’s all part of the service!” 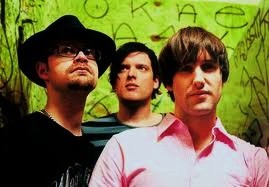 Mark’s notorious cheeky side is still well intact, but his memory lacks the same prowess. Perhaps even more than the other two, Hamilton famously wiped himself out in grand style, long before Russell Brand made such activities into a full-time career. His memory of Australia however is simple. “I always think of Australia as being very clean and plus we have a lot of friends there, so I associate it with the people I know. It feels very familiar now, because we have been touring there since our first album came out.” In 1996, Ash toured internationally for the first time. They had yet to complete year 12 but instead found themselves learning what it meant to be ‘stars’ on a global scale. “We had no concept of society outside of Ireland. Not even outside of our own backyards really. What made it so great was everywhere we went we found the people who were most into us were just kids like us. We weren’t playing to older audiences really and now, our fans have grown up with us and even bring their own teenage kids to our gigs. So in some ways it feels like that aspect to playing live has stayed the same.” 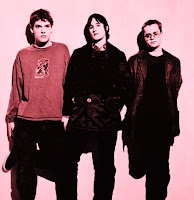 The topic of Oasis rears its head, as 1977’s producer, Owen Morris had recently completed a successful session on Liam and Noel’s monstrous (What’s The Story) Morning Glory album before ‘taking a chance’ on the little known Irish combo. “Owen was still pretty young at the time, and he was all about creating a certain vibe in order to capture the mood on record. That would often mean taking drugs, drinks or being in drag in the studio.” He laughs, “It was all about keeping it on the edge and capturing that spontaneous magic.” The vibe at the sessions was, it turned out, ideal for Ash. “To be honest, it didn’t take much prompting from Owen. He was really curious about us and he heard something in our music – even in the early days before Oasis got really big – and we were probably a greater risk to him as a producer, which seemed to motivate him.” 1977 has often been cited as a ‘tribute’ album of sorts to the Ash’s heroes, such as Star Wars creator, George Lucas, actor Jackie Chan and bands like Black Sabbath and The Ramones. Mark recalls. 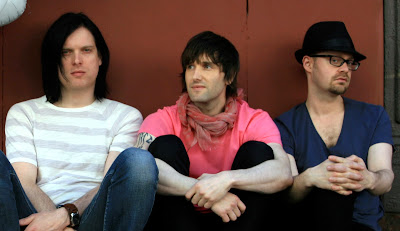 “When it started out we didn’t have too much of a game plan to be honest. We wrote what we thought of as a bunch of singles and a few extra songs to finish the album off.  I mean there are obviously influences in there… I don’t really know what to say… I can’t remember what we were doing and if we had a plan or not!” He laughs, and begins to suffer amnesia. “I think songs like Lose Control had a lot of Sonic Youth influences, and…” he pauses again, “Ask me about a song on that album, and I can tell you about where what influenced it.” Considering Ash’s run of short, sharp pop punk singles – Kung Fu, Girl From Mars, Angel Interceptor – was broken by slow burning, almost goth-rock ballad Goldfinger, I choose this one to question Mark about. “Goldfinger …?” He says sighing. “This was us trying to show that there was maybe more to Ash as a band.” He decides. “Tim (Wheeler) had this James Bond-like guitar sequence already written, and he kept playing it at rehearsals. I didn’t see what the appeal was at first but Owen kept on at us to do something with it. I didn’t think of it as a potential single, but it ended up going Top 5 in the UK and I am kind of glad about that because I think we were in danger of being seen as one-trick pony’s.” 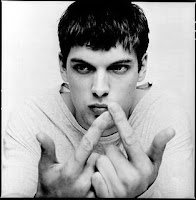 At this stage in their career, the former teen punks are still on an ‘onward and upward’ trajectory in many respects. While the current tour is all ‘blast from the past’, never have they been more prolific in turning out new music. The recent A-Z series saw the band record and release a new song every two weeks over a twelve month period as a nod towards more contemporary music-buying trends. “It was so liberating to that. It was much more of outlet than what recording an album is because no two songs had any relation to each other and we weren’t restricted to making songs that would work as a collection of tracks with a running order and all that… It isn’t something we could ever re-create either,” He pauses, “much like recording another 1977. We could never expect to have another number one album.” 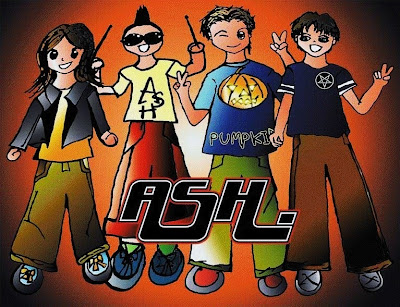 “The days of having ‘massive albums’ are behind us because we don’t have the huge label machine working for us, you know. For the last 7 or 8 years that’s how we’ve been working. We tour our ‘major label hit album’ in cycles and record and release music as an independent band, so it’s a bit of double life we’re leading in a way.” As Ash’s debut album is allegedly to be ‘played in full’ on this tour, the closing track on the album – Sick Party - raises a serious question. Is the track - a tape recording of Hamilton vomiting violently while Wheeler and drummer Rick McMurray cackle insanely in the background - worthy of a live recreation? “I just wanna say that, it’s never planned but sometimes it just happens. Let’s face it, we are the kind of band people expect to see passing out in a pool of sick, but you’ll have to wait and see.” 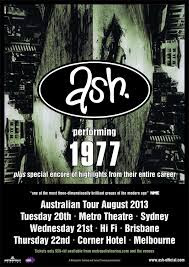