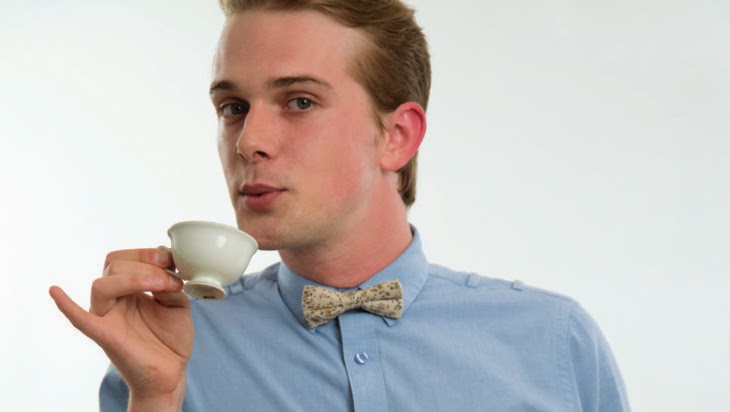 GOD SAVE THE QUEEN

At 27, Melbourne comedian Thomas Jaspers realises many of his interests are not typical of a guy his age. A self-diagnosed early mid-life crisis has recently bought to the surface his inner ‘little old lady’ - and she has a royal appointment of the highest order. In his new show for the MICF – God, Save The Queen – Jaspers flexes his stiff upper lip and indulges his peculiar obsession with the world’s most iconic little old lady and her renowned dysfunctional family.

“I think the royal family were the first celebrities, as in how we see celebrity today, but also the Queen is a mum and grandma as well as being a fashion icon for lovers of pastel everywhere.” Jaspers admits the two main prompts for his latest show, were the world’s least risqué tattoo and the realisation he just loved little old ladies. “When I was growing up, my parents worked in a nursing home and I spent a lot of time with old ladies, and I know it’s really uncool but, I actually loved talking to them and hearing their war stories. Also as part of my ‘gay mid-life crisis’ I decided to get a tattoo of the Queen and because everybody keeps asking me why I got that, I decided to write a show expanding on my obsession.”

Jaspers, despite his clean-cut appearance and ‘kind to old ladies’ policy, has the heart of a gutter-crawling drag queen. His hilarious drag characterisation of entertainer, Rhonda Burchmore (Ne. Rhonda Butchmore) as a sloppy drunk is widely known among fans – no less than by Rhonda herself. In cross-dressing mode, Jaspers swills beer, belches and staggers about reflecting the much suspected behind closed-doors behaviour of the late Queen mum.

“I’m a big fan of the Queen mum – she was the biggest fag-hag in Britain for employing only gay men to work for her.” He laughs, “There is a lot of material for comedy within the royal family, but this (show) isn’t some anti-monarchy rant. Of course I talk about the sort of failings of Prince Phillip, whose main role seems to be to just walk two paces behind the Queen, making him the most pussy-whipped man in the world. But it’s mostly just an affectionate but honest look at the good and bad sides of the royals from a queen’s perspective.” But Thom’s affection for the Queen extends beyond regular fandom, he reveals. Not that she would have remotely suspected during their brief encounter on her 2012 visit to Melbourne - “It was like a religious experience” - but he had already long been planning for her majesty’s eventual passing. 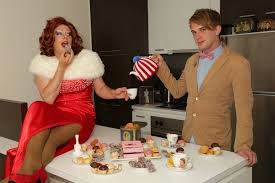 “Since I was about 10, I’ve had a separate savings account that’s got about two grand in it specifically for when she dies so I can fly straight to England and attend the funeral.” He adds, “I even have a clause in my work contract for my day job that states if the Queen dies I automatically get two weeks off for bereavement-leave!” With the breaking news that Prime Minister Abbott is planning a return to ‘ye olde worlde’ titles in parliament – Knighthoods, Damehoods etc.. – Jaspers has been handed a steaming hot topic, teaming nicely with his theme. “It’s given me about ten extra minutes of material, actually.” He laughs, “But I think I might be the only person who’s actually really into this idea.” He adds, nominating himself, “I think it’d be nice to be Australia’s first Knight AND Dame all at once. I could be Knight Jaspers and Dame Rhonda Butchmore. Wouldn’t that be fun?” 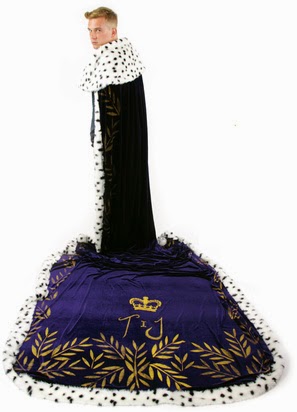