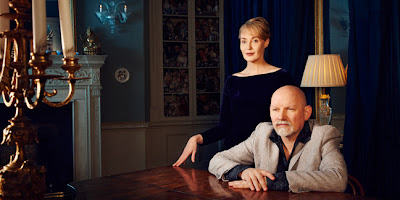 While somewhat distracted by the possibility of having to evacuate, Lisa Gerrard from her home in Gippsland, is watching the threatening orange glow of near-by bushfires while valiantly remaining focused on the task promoting the first Dead Can Dance album in 16 years. An impending home-land tour in which the release - Anastasis - will be performed in full is also going ahead now the singer's recent throat-bothering flu has been beaten 'just in time'. “I was seriously close to having to cancel the shows... all that time spent in aeroplanes is what made me sick.” Gerrard has just returned home from Argentina, one of the many non-Anglo countries where her band - a 30 year-long partnership between herself and one-time husband, Brendan Perry - are lauded as musical icons. Yet despite forming in the Melbourne suburb of Prahran, Australia has long remained their final frontier in terms of wide spread acceptance. 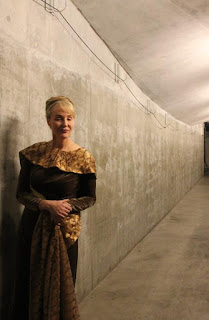 “Somebody once asked me, 'why don't we make Australian music'?”, A mental 'face-palm' hangs in the air as Gerrard begins. “It was as if we had to tick certain boxes to be considered Australian.” The daughter of Irish immigrants remembers this throw-away question posed to her long ago, and which has bugged her since. But to argue the case for Dead Can Dance's place in the Australian music scheme, she need only have retorted with AC/DC's Scottish-ness, or Crowded House's Kiwi-ness for effect. “Basically what they were asking was, why don't we sound like a white suburban band, which is after all what we were!” In fact the Prahran which Lisa left behind in 1982 for the excitement and uncertainty of London, provided the ideal foundation for what would become Dead Can Dance. Gerrard recalls unfamiliar and exotic languages and most importantly, music in abundance in the tiny suburban street. “So many of our neighbours were a mix of Greek and Turkish immigrants, many of who couldn't speak English very well, if at all, and because their sort of connection to the countries they had left behind was this very traditional music, it would blasting out of their windows on a hot night.”

The title of the new album, Anastasis, translates (from Greek) as 'resurrected'. Apart from the obvious self-reference following their long break, it could also relate to Dead Can Dance's choice of gear. They employ instruments so ancient their true origins have been forever blurred by time as they changed hands along the Silk Road. Gerrard meanwhile has often sung in a curious, non-specific language; resulting in a suitably inclusive form of expression. “When I was growing up, you didn't get Irish people speaking Italian or Greek or anything like that, so my experience of hearing these other languages on a daily basis meant I could just listen to the tones and patterns and there was a kind of music to that in itself.” She adds, “The Irish have a strong tradition of story-telling and so to me singing without using words to tell a story was such an exotic idea.” Once the foundation for what Dead Can Dance would become was set in place, Lisa and then live-in boyfriend Brendan Perry re-established themselves in London during 1982 at the height of post-punk only to find themselves suddenly starved of the cultural diversity they had become so used to. 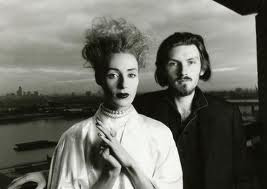 “We were in this very poor, white part of London for a time in this council flat and it was quite depressing when we first arrived.” Gerrard recalls, “But we kind of lived as though we were in this private school by spending all our time in the local libraries and music archives, just absorbing all this literature and music which was beyond what we could have found in Australia. Our own identity really began to develop from that time, so ultimately it wasn't wasted time.” After signing a deal with 4AD, Dead Can Dance quickly established their niche throughout the '80s and '90s as a 'world fusion' band. Releases like Into The Labyrinth and The Serpent's Egg became celebrated classics, and even drew the attention of Hollywood. During DCD's hiatus, Gerrard became an award-winning film-score composer in her own right, and along the way found time to establish her own label, Gerrard Records, with generosity as the driving force. “I wanted to be able to give more to artists signed to my label than I was given when we were on 4AD.” She explains, “That was the idea, but by the time everyone involved grabs a piece of the action, there's really nothing left. I wanted my artists to feel liberated to work on their music and not have to worry about money, you know. I mean when I think about the amount of dough that 4AD made out of us when we had so little... it's kind of criminal!” 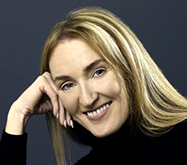 Categorising Dead Can Dance's music may be a frustrating task for genreists - and the new album will do nothing to change this – but at it's core, Anastasis is less 'viva la difference' and more about what connects us all across language and cultural barriers. It's a concept album in that sense, and will be performed in full during this tour. “It is important that in concert the work is allowed to tell its whole story. I think it takes on a life of its own that way.” Gerrard explains, “We used a lot of organic instruments on the recording, but touring with a full orchestra wasn't practical. Brendan plays a variety of instruments, and I play my Yangqin and dulcimers... but I think the main detail in our music is the cavernous, 'big sound' that we do. It's very much about creating a landscape of sound when we play live... It's how our music is best enjoyed I think.” 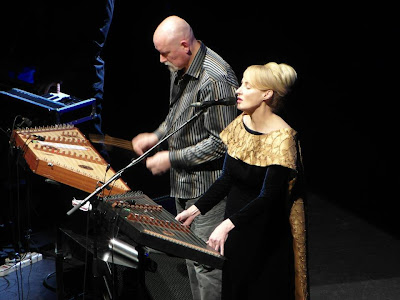 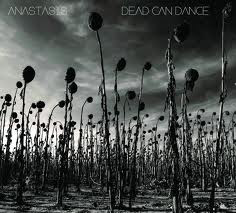