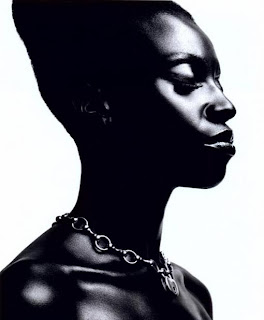 After fading interest in the UK's trip-hop explosion in the '90s, Morcheeba, one of the scene's biggest success stories split from their lead singer Skye Edwards in 2003. The band's core, brothers Ross and Paul Godfrey, carried on into the '00s with a revolving door of replacements only to flounder with two underachieving non-Skye albums. It seems they underestimated the popularity of Edwards among fans, but now seven years on, the original line-up are back together with a return-to-form new album to boot. Blood Like Lemonade, has the dark and dreamy quality of the bands' previous best works and Skye, over the phone in pre-launch mode, feels Morcheeba may have their most definitive set of songs to date. 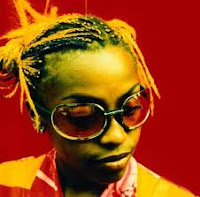 "Well it does feel that way to me," She asserts, "I mean, I do love Big Calm and Who Can You Trust… While Fragments Of Freedom, I do like fragments of, but with this one I am really happy with every song on there so it could well be our ultimate record." After a fleeting mainstream cross-over, the decision was made to return to the sound fans early on identified with on the reunion album. "The first song we wrote together after deciding to make another album was Crimson, which I'm really proud of." Skye beams, "I think it's one of our darkest moments in Morcheeba so far." Listening to Blood Like Lemonade, it's clear that the nonsense bubblegum pop of Rome Wasn't Built In A Day, is long gone. Back in 2000, that song earned Morcheeba its greatest success in terms of sales, while simultaneously pissing off their core fanbase. "With Rome, basically we wanted to get on the radio," Skye admits, sounding a little relieved to put some context into the band's biggest commercial hit, and move away from trip-hop. "We wanted to have a song I guess that people could wave their arms around to at the shows, but at the time I really wasn't very happy about it." She adds, "It's like the way R.E.M. is about Shiny Happy People I think" Skye laughs, "They kind of buried that song, but for us when we go out and play Rome and people sing along to every word of it, I kind of get why you have to make your peace with these things." 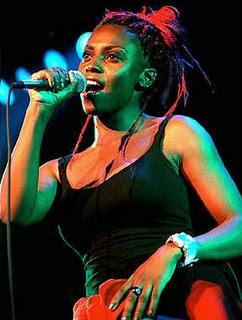 Edwards' early dissatisfaction with the song was founded in what she saw as a step backwards personally. "It took me to a different place vocally - at least as far as what I'd done in Morcheeba goes." Pre-Morcheeba, Skye was as a backing vocalist in a funk/pop covers band – something she wasn't keen to re-visit as a performer. "I used to have to sing in this high girly pitch which I wasn't terribly comfortable doing, so when Morcheeba came along it was a relief to be able to use my natural lower register and make less happy-clappy sort of stuff."

Early singles, Trigger Hippie and Tape Loop, made Morcheeba strong contenders in the mid-'90s UK trip-hop scene. Skye even had a 'hangin' with Martina Topley-Bird in the smoking section' vibe. She was a little greener than her peers, but when the second album Big Calm arrived in 1998, Edwards and Morcheeba managed to out-perform most other artists in their genre. It was then the brothers decided to change tact and maximize on the band's commercial clout. 2000's Fragments of Freedom enjoyed a rapid rise in the charts both in the UK and Australia, only to be followed by an equally rapid fall. Skye looks back at their break-out album and its follow-up, Charango. "The songs on Fragments are obviously quite different to anything else we did." She reasons, "The best thing I can say now is that it's a very well produced and well put together record, but I think you can tell Charango sounds like a much more natural follow up to Big Calm." The 2002 album Charango was Skye's last with the Godfrey brothers before now. It hinted at a slinkier, more direct sound and won back a lot of the group's fans who'd baulked at Fragments, yet the group was on thin ice within their ranks and parted ways the following year. When asked if the singer missed working with the Godfrey brothers, she's quick to respond.

"No not really." Skye pauses before she allows a giggle to escape, "It was like the end of a relationship, and you move on and get the new boyfriend – which was, in my case, a new producer. I really enjoyed doing my solo stuff and writing my own lyrics, so I didn't miss them, no." Skye released two original albums between '06 and '09 while Morcheeba carried on with various part-time lead singers. Both parties achieved only limited success. During the separation, Edwards claims she wasn't at all keen on hearing her replacements. "No, it was kind of like seeing your ex-husband with his new girlfriend." She laughs, "I didn't really want to know, however I did hear some of (2008 album) Dive Deep because they actually e-mailed me and asked if I'd like to sing on a couple of the songs, but it just felt a little bit weird." Skye adds, "I won't say I was trying to avoid them altogether but I wasn't exactly seeking them out either." 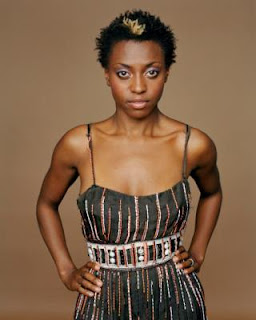 It seems as if fans may have played a role in getting Skye back with the band, she recalls. "I was getting messages on mySpace from people saying they'd gone to see Morcheeba live and that it wasn't the same without me, which was kind of nice." A chance meeting with Ross after seven years apart developed naturally into a 'why not give it one more go' conversation. Within two months of that agreement Morcheeba had written their first album with Skye since 2002. "Now here we are back again, doing the more down tempo stuff we were known for and with a better range of songs I think." Skye interjects, "It feels like now when we go to do our live shows, we've got a nice cross section of upbeat tracks and songs to get stoned to as well." Edwards speaks emphatically about singing the new, meatier subject matter on Blood Like Lemonade live.

"We haven't done that many shows for this album yet – we're still waiting until the tour kicks off properly - but at the moment I absolutely love singing Crimson. The woman in the song is really psychotic, she tries to kill her married lover by running him off the road, but it's quite fun to be her voice." Skye continues, "There are actually a few songs on this album which would probably qualify it as a sort of 'serial killer record'." She laughs, "You've got Recipe For Disaster, where the woman kills her boyfriend because he's always drunk, and Blood Like Lemonade which is about a vigilante priest who drinks the blood of his victims." I ask Skye if she realises that she's made a Nick Cave album, "Well if Nick Cave was singing Blood Like Lemonade, I think the dark themes would be really obvious, but because it's my gentle vocals on there you're not really going to notice it so much." Skye concludes, laughing. "I can get away with all this carnage because I sound so polite, you see."
lEIGh5 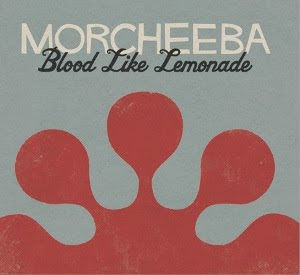 MORCHEEBA - Even Though: video