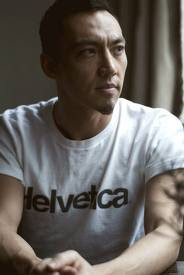 Naturally, for the latest Regurgitator "release", there's the now customary twist as the band celebrate 16 years of keeping fans guessing  on what'll-they-do-next? For starters - they're going one better than Radiohead - there's to be no actual CD, no full-page spreads and definitely no glass 'bubbles'. What would've been album number seven, is instead an ongoing series of blogged tracks turning up - as each one is completed - on their official website at no cost. For the most prominent band in Australia to really grasp the potential of various media obsessions, this ain't so surprising. 'Gurge main-man, Quan Yeomans - almost to a flaw – believes his band's move away from the regulation promo-hype surrounding CD releases, is so next year.

Beginning our talk, Quan highlights a rarely discussed risk of leaving behind the world of hard-copy CD releases and what it means to 'move on'. "I've had a lot of time in therapy over digital data loss, so I can still appreciate the more conventional forms of recorded and released music." He laughs, "But I've learned to let go now - it's like relationships, you know. Some you really miss, but its always exciting developing new ones."

The singer's currently in the process of developing a relationship with his new home-town, Melbourne. Quan set up base in Hong Kong last year to record a solo album - Quan The Amateur – but found he had 'commitment issues' with the city. "Hong Kong was just a bit ridiculous for me. It's a great place, but it's also a kind of 'Never-Never Land' where you can go, never grow up and just bum around and have fun. If you're looking for a creative community though, it's very hard to find one like Melbourne has." He continues. "Also I've just moved here so I'm still in that 'new-city-rush' mode, but I have yet to actually get out there and meet new people and really get involved." Quan quickly adds. "Oh, obviously I have lived here before - in that bubble in Federation Square for three weeks - but that didn't do a lot to enhance my Melbourne experience." He laughs. 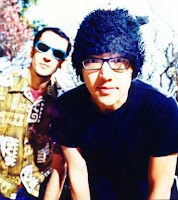 Mention of the 2004 album, Mish Mash, resulting from the 'Band In A Bubble' exercise, has Quan recoiling at its shortcomings. "I really don't like that album at all." He sighs, "I think that project worked as a social/cultural experience but probably failed as a musical one." He continues. "I do music, and I'm in a band to have bizarre, weird experiences so I'm really pleased that we decided to do that, and (that we) are still pushing ourselves but as far as music goes, the danger is it can come second place to the experiences."
If there's a Regurgitator method at all, it's their willingness to try just about anything musically – but really just for shits and giggles. Whether they're laying down some hip-hop, 2 Live Crew style (Fat Cop); cutesy-ing along like Vengaboys; (Polyester Girl) or thrashing like Big Black (F.S.O.), the sense was always of a band not wanting to be pinned down. That said, Regurgitator's greatest success was undeniably their electro-rock album, Unit, which many believe was their one true peak; Even Quan himself. "I don't think we've really done a great album since Unit, if I'm being brutally honest with myself. I mean I can look at a lot of our work objectively now because when we did the Bubble thing, it made me so aware of how important objectivity is." He explains. "By the end of it, we didn't know what we had made – was it good, bad, or whatever – being in a band already limits your ability to listen to music in a completely non-critical way, which is kind of the curse of the artist." 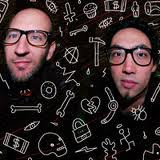 Sharing front-person duties with Ben Ely in Regurgitator, Quan has always had a second set of ears to run ideas by. However for their new recordings, Ben and Quan are set up in their own separate studios, rarely communicating in person. Quan discusses. "Ben and I probably rely on each other's opinions quite a bit, its true, but at the same time, we rarely agree on what's good." He reveals. "We're very different creatively, but at the same time, we sort of push and pull against each other in a good way. He or I might say, I don't get what you're doing, or I don't like that – and then it's up to you to argue your point and work that bit harder to make them see." Quan adds. "But Ben and I have gotten along so well the last ten years or so that perhaps we don't have the edge we used to, so our decision to kind of work separately means we can't slip into old comforts and end up in another kind of bubble, I suppose."


Talking about Quan's current release method of song-blogging is complex. On one hand, it seems he's very happy with the band's new music; but he also acknowledges, zen-like, the ease at which it could all just be lost in the rush. "That is a risk you take." He reasons. "The way I approach music on-line is searching for anything that appeals to me instantly and getting obsessed about it, but then abandoning it just as quickly for the next thing." He says somewhat coldly. "It's kind of strange, but there are a million bands out there so having any loyalty to one for too long becomes a time management thing."

A loyal 'Gurge fan might be disappointed that there's no physical release of the tracks they've been working on, but Quan has serious doubts that many will even notice. "I only listen to music on-line, 90 percent of young people now only listen to music on-line." He retorts. "It's just the way the market has moved at this point and you gotta move with it." He offers. "Emerging technologies eat into a lot of industries and affect a lot of jobs, it just so happens that it's my job that is being affected now." Quan adds. "I don't think we'll bother making albums anymore in the future. Maybe if there's enough call for it, we'll have limited compilation albums available at the shows, but the album as it was, is a kind of dead concept now." 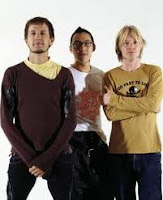 Quan's decision is clearly a practical one, but was it difficult shifting with the times as a relatively 'vintage' band? "We began when it was all album oriented promotion and hard touring to get your name out there and being on a label was the dream. Now we realise that the business side of it was all crap. Essentially we always felt that we were a punk band, so the DIY approach makes me a lot happier anyway and the (new) music we've produced so far hasn't suffered in any way by not being released on a major label, as far as I can tell."