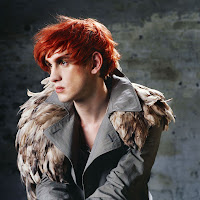 There’s a mega-star, albeit one kept in check, inside Patrick Wolf. Even as he riffles through charity shop racks looking for interesting clothing to tailor to his unique tastes, he’s also hunting for a cape to match his crown. Yet his ambition to please himself musically has thankfully outweighed his ambition to be an award-winning pop icon. The singer/composer acknowledges that holding back on the darker elements in his work would probably forge an easier path for him, but he simply doesn’t know how to sugar coat his – let’s say - peripheral fascinations.

Tonight Patrick, at home in London, protected from the freezing winter just outside his window, curls up in his bed with the phone he has rarely been off all day. He softly vocalizes his comfortable state in a voice that is all self-reassurance. All he has to do before sleep is answer a few questions. “It’s almost midnight now, and although I’ve been up since four this morning, I feel like I can do this. You will be kind, won’t you?”  His thick London accent is offset by the dreaded sniffles foretelling of a cold. I respond by telling Wolf, he needs to rest and shouldn’t be doing promo at this hour. (Laughs) “Well it’s just one of those things I know I have to do, and to be honest I usually don’t mind doing interviews.” He continues, “I’ve learned to have a bit of fun with them but, occasionally it can get a little demoralizing when I have to answer questions about my hair or how tall I am. I do actually have other things to talk about rather than the colour of my hair, or what I had for breakfast.” Patrick then confesses, “I mean I do play along if an interview is going that way, but I don’t even talk about those sorts of things with my friends, so it feels very strange.”
It would seem by his response that Wolf encounters a lot of people in the media who don’t know what to make of him. Perhaps like the bunyip of legend he appears differently to all who see him? Some will see his boy-band good looks and stop at that. Others will take an interest in his exotic wardrobe, while a few might even work at finding a box to place him in based on the “boy lost and confused: approach with caution” lyrics often found in his work. Despite some wide-of-the-mark categorizing, Patrick sees himself as very much an open book. “I am probably honest to a fault.” He elaborates, “But then it depends how you ask the question, and who’s asking. Right now I’m very tired and so that is affecting what you’re getting from me, but if I was out on my bicycle zipping around, I would give a very different impression I’m sure.” He laughs, “I know for a lot of artists, there is a wall between themselves and the press but for me it’s like an extension of my work as an artist, as someone who wants to express something hopefully worthwhile. I’m nothing if not honest.” 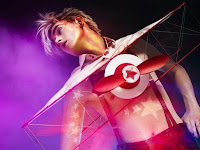 Wolf’s fourth album The Bachelor was released earlier this year on his own newly launched label, Bloody Chamber Music. Following 2007’s one-off major label release Magic Position, Patrick reflects on his brush with the “big-time”; “They (Universal) didn’t know how to market me at all. I think they would have been happier if I was a straight up pop artist.” The partnership failed the first test, and both Wolf and Universal ‘agreed on a separation’. “It feels like I’ve done the dress rehearsal and now I’m ready for my big show.” He is talking about the unglamorous times spent scratching around desperately to fund his first two independent albums - then being offered major label support, only to turn his back on them in favour of running his own label.


“I’ve always believed in independence for musicians and I’ve been in talks with many different types of record labels where nobody knew what to do with me, so now I’m back to the relative safety of my own independent set up.” It was his major debut that gained him attention in Australia, and The Bachelor has continued that success enough to warrant a full-scale tour. His shows are famously elaborate orgies of colour and costume. Patrick enigmatically explains what to expect, or rather what he envisions;  “I would really like to do the shows as I see them deep in my heart, you know, with a huge band, amazing lighting and revolving platforms, trapdoors and people flying on ropes and everything that I see in my imagination, but really the shows are still going on a journey and they’re not at that stage yet… they’re just happily evolving.” He ads; “All I can tell you is we’re a very close family, the band and crew who I tour with, and we always try and make the shows fun and interesting and really make the most of whatever we have.” 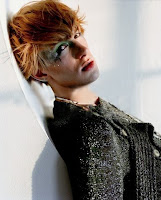 As Patrick talks of evolving his live show, the subject of his childhood interest in the Theremin has him mentally redesigning the stage; “I like the idea of having dancers using the movement of their bodies to create the sounds as they dance around the instrument. Only I don’t know yet how I could possibly amplify or record that in concert.” His visions coming to fruition are the blood and bones of Wolf’s work, no matter how confronting. Take the video to Bachelor single, Vulture for example. An erotic one-man performance inspired by the Nazi-era German bondage & discipline films, which has sadly been misplaced along side Madonna’s watered down ‘liberation-and-leather’ Justify My Love outing. “Well I think my video was quite the opposite of what Madonna was doing.” He explains, “Everybody thought I was trying to be sort of sexy or provocative but in fact I was really addressing this male awkwardness in expressing sexuality. When I put that out, I was really interested in how people would define what it was I was saying.” Not disappointed then, Patrick instead is curious what, if any, bench marks his video might set; “Who knows, it might start a whole wave of boy-bands in bondage gear clips.” He laughs, adding “I just realised, this interview is starting to sound like In Bed With Madonna.”
On his website, you can view candid clips of Patrick at his home working on songs. The footage reveals his flat to be - as your mum might say - “a bomb sight”. “I’m definitely a hoarder.” He says proudly, “It takes me ages just to move house and I’ve often though it’d be fun to hire a TV crew to film me moving for comedy value.” He laughs, “It’s like Mary Poppins handbag, where she opens a compartment and out pops a harpsichord and in another one there’s a statue.” He continues, “I really like the idea of living in a museum like Michael Jackson’s house. He was one of us, a hoarder so I can definitely understand how he ended up living like he did.”
lEIGh5 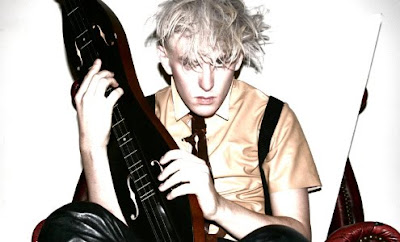 ...and my favourite pics from the night 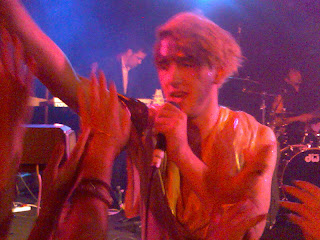 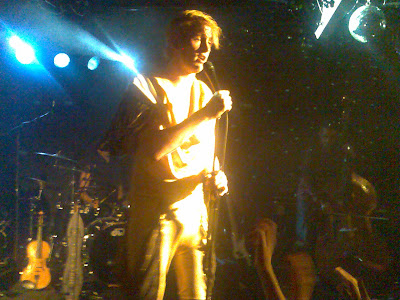 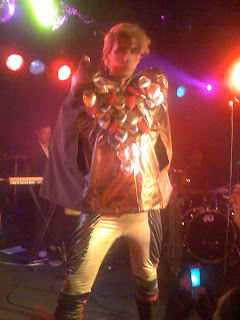 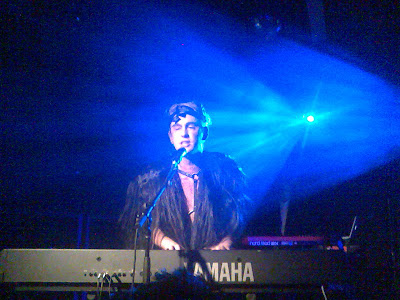 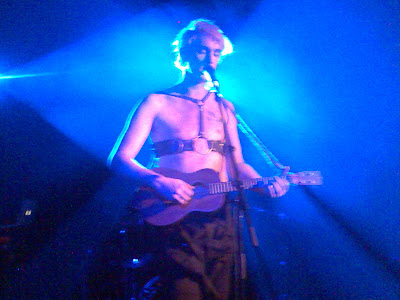 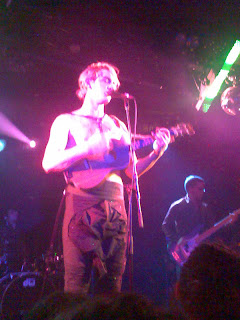 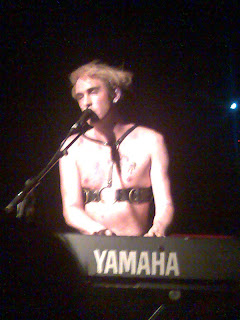 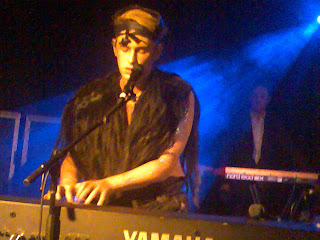 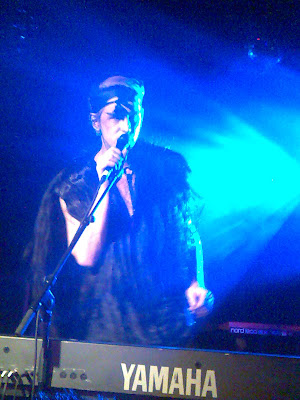